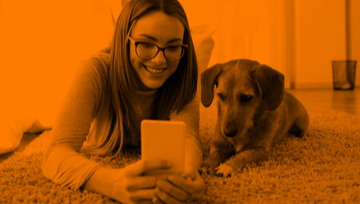 The gaming industry is looking at new challenges and opportunities as it heads into the 3rd decade of the 21st century. In the past few months revenues for both large and small gaming platforms and companies have shown significant increases as trends accelerate and new gambling options present themselves - there's more than the traditional welcome bonus casino out there these days!

More and more people are finding that gaming offers the entertainment and distraction that they want without needing to leave the comfort of their home. Players can enjoy social interaction, fun-filled gaming events and different types of engagements, all on their gaming device.

The forecast for the global video game market sees it worth growing to $159 billion this year. That makes it the entertainment industry’s most lucrative sector – three times that of the music industry  (which saw 2019 revenues of $57 billion) and four times the revenues of the movie industry (2019 revenues of $43 billion).

Gaming revenues are almost entirely fueled by consumer spending, causing the business model to evolve. Today, that evolution shows no sign of slowing down. Consumers are buying fewer games than before but they are spending more time playing those games. The industry has adapted and is shifting the business model to focus on recurring revenue that will come from an active user base as opposed to single-unit sales.

The industry is looking into way of increasing the level of engagement for each user by making video games as compelling as possible. Simultaneously, in-game monetization opportunities will expand through introductions of new features, characters, tools, “loot boxes” with virtual items and expansion packs.

In tandem with the in-game purchases, developers are using the expanding mobile internet, bandwidth and enhanced gaming hardware to create more alluring games than ever.

eSports is not only growing – it’s skyrocketing in popularity as sports fans look for new sporting event options. Most live sporting events were cancelled in March and none are scheduled for the foreseeable future. But esports, where multiple players vie in online video game competitions, is expected to grow over $1 billion in 2020.

The esports business models follow those of professional sports. The majority of revenue comes from broadcasting and advertising, even though competitions are more fragmented. eSports is still small in comparison to overall gaming but its growing popularity is connected to the expansion of overall gaming.

2020 is seeing the normalization of esports as leagues, athletes and broadcasters use it to engage fans. Observers say that they are seeing more viewers, especially young viewers, sign in to watch the competitions. Nevada legalized esports gambling for the first time this year.

Gaming is an activity that people generally enjoy from home and it’s been flourishing during the first quarter of 2020. Japanese Nintendo and Chinese Tencent both saw sales increases this year. The year-on-year revenue for online games increased by 31% at Tencent while Nintendo sold almost 50% of its games digitally for a profit increase of 41%.

GamesIndustry.biz reports that sales have risen by 63% across 50 key markets in the last 3 months. This includes new games such as Animal Crossing (simulation world building game) and Doom Eternal (first-person shooter game). Those 2 games broke sales records after their launches. Downloads of new games have increased by 80%.

Looking at other metrics, a similar story emerges. Platforms like Facebook Gaming, YouTube Gaming and Twitch are seeing surges in growth with an average of 20% increase in usage hours overall. Verizon reports a 75% increase in gaming traffic.

Mike Sepso, CEO and co-founder of the Vindex esports infrastructure platform explains that “Unique to gaming is that it has both interactive and linear consumption models, and the activity of watching gaming video streams and video on-demand has become nearly as big as gaming itself. In the COVID-19 era, all of this activity has increased dramatically because of both the new time available to people and their need for social interaction, which gaming provides.”

eSports was one of the first in the gaming industry to adapt to an online presence. Whereas esports was once reliant on live events, it has now seamlessly moved online. Sepso says, “We have directors, producers, broadcast engineers and professional gamers all working remotely to recreate the excitement and quality of a live event. Esports has been able to continue while traditional sport has not because the playing field is virtual and can be replicated online; however, nothing can truly replace the social richness of the live experience.”

Currently esports represents only 1% of the gaming market but its potential for growth is not being ignored by the gaming industry. It’s attracted the attention of sports leagues who are studying the sector to identify new ways to engage with the fans. NASCAR has augmented cancelled events with a new iRacing Series which is attracting hundreds of thousands of viewers.

The one kink in the chain that may slow down the gaming industry’s growth involves production of both software and hardware. For producers of gaming hardware, the problem involves supply chain interruptions. Software developers find it hard to keep up the pace as their staff members work remotely. Some companies have already said that they are experiencing difficulties while others are managing to keep up.

The future of the gaming industry indicates that overall, it’s on a healthy path. In the long run, there may well be a move to delivery of games via cloud-based and mobile platforms. Such platforms allow users to eschew expensive hardware and play streamed games directly on their devices. One of the first companies to experiment with Cloud, Google, has removed its $130 sign up fee for Stadia, its cloud gaming service, in the belief that by making it free to play on Stadia, consumers will stay loyal to the platform. Game Pass (Microsoft) and Arcade (Apple) also provide their users with video games that they can play without  advanced hardware.

Monetization is expected to continue to expand. This includes free-to-play and subscription models which, companies believe, allow them to more easily monetize smaller, quality games and push them into the mainstream without the need for massive marketing efforts.

Video gaming dates back to the ‘70s but after 50 years, it’s time for the industry to break out.