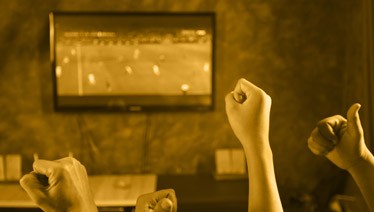 FanDuel is taking online Grande Vegas and other online games for sports fans to the next level with a new line-up of sports betting TV shows. The company, which recently merged with mega-sportsbook operator Paddy Power Betfair, planned their new shows to coincide with the opening of sportsbetting ops at racetracks and gambling parlors in states that have legalized sports betting.

FanDuel is one of the first fantasy sports companies to get in on the wave of excitement. The company is involved in multiple new ventures with the sports betting TV shows being on of the most innovative and exciting of the initiatives.

According to FanDuel's chief executive officer, Matt King, the programs will be added to the company’s TVG and TVG2 cable networks as well as to the company's digital channels. Currently these networks are devoted to horse racing. “We are going to be investing heavily in content,” King said. “There’s a lot of different formats we can distribute through and a lot of different channels.”

FanDuel rivals such as William Hills and DraftKings are also expanding both in technology and in partnerships with other casino operators.

Sports television has been a popular way for sports fans to keep up with their favorite sporting events for many years. Now, with the legalization (in many states) of sports betting, the TV channels that are dedicated to sports can offer fans the opportunity to enjoy sporting events while wagering on the results through their betting channels. Observers expect that this will give a big boost to sports TV as well as to the sports betting industry.

To facilitate sports betting in Mississippi, the Palace Casino Resort in Biloxi has partnered with William Hill. They made that decision based on the London-based company’s years of experience and international presence, according casino general manager Keith Crosby. The Palace hopes to have its sport book open by the late-August start of college football which, Crosby said,  is "like a religion down here.

PaddyPower has already opened a FanDuel-branded sports book at the East Rutherford N.J. Meadowlands Racetrack where lines of people waiting to wager  on opening weekend snaked outside the sports-bar-like facility where fans were waiting to watch (and bet on) the final matches of the World Cup.

There are still some glitches to be worked out – after one 16 inning baseball game, which ran past the 1:00a.m. closing time, the company didn’t have cash on hand to pay winners.

FanDuel CEO Matt King said he’s “very happy” overall with the results at the Meadowlands. The operation grossed $3.5 million in total wagers in its first 9 days. New projects include signed agreements between FanDuel and the Greenbrier resort in White Sulphur Springs, West Virginia and with Tioga Downs in Nichols, New York where the company will operate sports betting operations. King noted that FanDuel is also pursuing partnerships in other states.

“We need to make sure that it’s not viewed as an infomercial for FanDuel,” King said in explaining why the company’s primary brand for sports betting in the U.S. will be FanDuel. “I would want a place where they fully expect the guy running the Wynn sports book to come on and talk about what’s awesome at the Wynn.”

Nearly everyone agrees the appetite for sports consumption both on traditional TV and online will rise as fans have the opportunity to participate in sporting events through their betting activities. The ability to place a bet on a sporting event makes fans pay closer attention to the action, and watch more.

A 2016 Nielsen Sports study, commissioned by the American Gaming Association, showed that sports bettors comprise 25 percent of the N.F.L.’s television audience but account for 47 percent of all minutes viewed. That means that sports wagerers are likely to watch about twice as much sports coverage as non-bettors do. Sports betting TV is betting on the prediction that when you make it easier for people to become sports bettors, they'll be more likely to watch sports.

Brad Humphreys, a sports economist at West Virginia University commented on the legalization for sports betting for the new TV opportunities. He said that “Hands down, it’s a huge deal. How huge it is depends upon how quickly states move and how many states move to legalize sports betting.”

Sport betting TV is betting on the fact that the industry has nowhere to go but up. Almost $5 billion was bet on sports last year in Nevada but the amount of transactions that occurred in the illegal betting market is estimated to be anywhere from tens to hundreds of billions of dollars.

In Britain, where sports betting has been legal for decades, sports bets constituted nearly $20 billion last year and much of that revenue finds its way into the pockets of sports broadcasters, leagues and teams. Betting companies in Britain put an estimated 20 to 30 percent of their revenue back into television advertising.