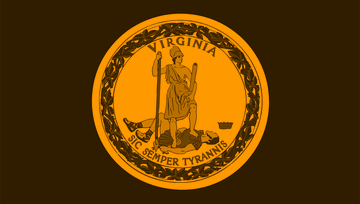 While we obviously see the advantages in online gaming over on-site gaming - with its many plusses including number of games, promotions, no deposit bonus codes, and more, we do also feel it's good to keep abreast of what's going on in the on-site industry.  Therefore, this overview of what's been going on in Virgina.

In March 2019 the Virginia General Assembly passed a new gaming law which gives voters the authority to approve or disapprove the development of a casino in their city through referendums. Those ballot initiatives may come to the ballot as soon as 2020.  There are five cities currently identified as possible candidates for no deposit bonus codes casinos -- they include Portsmouth, Bristol, Danville, Norfolk and Richmond.

The Virginia Lottery Board has been tasked with regulating casino gaming in the state. The first casino licenses could be issued as soon as July 1, 2020.

Some state legislators are trying to amend the Code and authorize wider gaming legislation that would include sports betting.

2019 has seen a lot of movement towards bringing casino gaming and sports betting to Virginia.  Some of the year’s highlights include:

A study undertaken by the Joint Legislative Audit and Review Commission (JLARC) has determined that casinos in Virginia would have a positive but moderate impact on local economies.  The study was tasked with looking into the potential impacts of sports betting and casinos in Virginia.

The study, conducted in conjunction with The Innovation Group, a national gaming consultant, identifies Portsmouth, Bristol, Danville, Norfolk and Richmond as the locations where casino-resorts could best be sustained in Virginia. According to the study, five casinos in the above-named regions could potentially generate approximately $970 million in net gaming revenue and around $55 million in gaming tax revenue if the tax rate were to be set at 27% which is the national average. The casinos are projected to employ 1000 people each in “low-skill and low-wage” jobs.

Casino gaming would probably negatively affect revenue generated by horse racing and other existing forms of gambling, including the Virginia lottery. Projections are that revenue could drop up to 45 percent in those economies. If Virginia adopts sports gaming, the sports betting industry could generate up to $260 million in annual sports betting tax revenue and another $84 million through online sports betting. If a 6th casino is opened in Northern Virginia it could create another 3200 jobs and increase statewide gaming tax revenue by an estimated additional $155 million.

Critics are warning that the rosy picture is not all it seems to be.  Danville and Bristol casinos will rely mostly on out-of-state residents because the local market is small. If casinos open in North Carolina and/or Tennessee, Danville and Bristol would be vulnerable from the competition.

The Family Foundation of Virginia has been especially active in trying to keep citizens and decision-makers aware of potential downfalls of opening casinos in Virginia. They warn that “over the long run, casinos will lose their luster, with the occasional visitor who will find other entertainment venues, leaving the casinos to rely solely on the misfortune of the local population, and ultimately to go back to the legislature for a bailout.”

The foundation notes that the study doesn’t address the impact of the casinos on local businesses and restaurants, the possible increase in sex trafficking and other criminal activity and issues of increased drug use which often accompany on-site casino establishments.

Horse racing venues, including Colonial Downs and Rosie’s Gaming Emporiums would bear the brunt of the economic cost of new casino operations in the suggested areas. In addition, the Pamunkey Indians, who had planned to build a $700 million casino in Norfolk, object.

Tribal spokesman Jay Smith said “The Pamunkey Tribe has been marginalized for centuries and deserve some protections as they seek to gain financial independence and improve the lives of their members.” According to Smith, recommendations in the study “do not sufficiently protect Virginia’s only tribe with federal gaming rights.”

For decades there has been no legal gambling in Virginia with the exception of charitable gaming, horse race betting and the lottery. Presently, Virginians wager over $1 billion annually on these types of activities. That generates about $600 million in revenue for the state, most of which is earmarked for public school education.

Now, with neighboring states (and Washington DC) becoming more open to various forms of gambling, Virginia is faced with the decision of whether to maintain the status quo or try to hold, if not increase, that revenue stream.

Skeptics point out that the projected median wage for casino employees would be $33,000. That’s below the median wage in the five localities. In addition, not all new jobs at the casinos would represent a net gain of employment for the localities since many local businesses might be forced to close. Half of the jobs would be low-wage and low-skill jobs so the positive effects on the local economies would be minimal.

Most disturbing, evidence from national studies and gambling states suggests that an estimated 5 to 10 percent of adults may experience gambling problems. Opening casinos in Virginia would put more people at risk of experiencing problems. Negative impacts of gambling are not limited to problem gamblers -- adverse effects are most often on the spouse, family members, children and friends of the problem gambler.  Gambling opponents remind decision makers that the state will be required to allocate resources to deal with these negative effects.

If state lawmakers decide to go ahead with expansion of casino gambling in Virginia, they will need to study the recommendations in the JLARC report. They include:

During the 2020 legislative session the Virginia General Assembly will revisit the gambling issue. Local referendums will be held on whether to allow casinos.