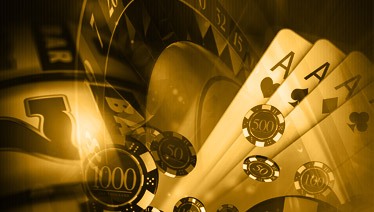 The popularity of skill-based games, in which the outcome of the game is determined by the competitor's mental skills (ability to reason, think strategically and remember information learned) or the physical skills (fast reaction-time, dexterity, etc) seemed to stall after the first skill-based games were introduced.

A new generation of skill-based games that were recently introduced to the Vegas casino by Gamblit elicited mixed results but Gamblit is moving ahead with new skill-based game designed, buoyed by the belief that, once players become accustomed to this new type of games, they will prefer such game options.

Casinos have traditionally been dominated by chance-based games. These are games where winning is determined by luck. The player may control when, how and on what s/he bets but the winning results are determined by the luck of the draw or the odds of a dice roll.

Skill-based games include sports betting, where the bettor needs to understand the sport, the players, the teams and the advantages and disadvantages that each athlete or team enjoys, and card games like poker and blackjack in which the player's choice of card additions/switches determines the final hand.

Until now skill-based games haven't taken off at the Vegas casinos, either the brick-and-mortar casinos or the online casinos. Some game designers, such as Gamblit, are betting on the fact that, in the not-too-distant-future, skill based gambling games will grow to be a standalone genre in their own right. The skill-based games, they say, will complement the market for traditional online casino games.

Skill-based game options give casinos a new avenue to pursue for potential growth, and new opportunities to grow their brands. The mathematics that point to the odds of a player winning a chance-based game, however, don't favor the casinos in the same way that the chanced-based games' odds do. This makes skill-based games a more risky investment for the casinos.

Skill-based games in Vegas launched last year when Gamblit Gaming, a leading publisher of skill-based games, partnered with Caesars Entertainment Corporation. The two companies delivered a joint announcement of  the debut of Gamblit's TriStation hardware. The TriStation was an exciting mix of original content and popular partner games that players could experience right on the Caesars' gaming floor.

Gamblit develops and publishes a wide variety of  games, both its own games and games that are designed by other developers. Gamblit guides these developers as they introduce their releases into new markets including into the land-based casino market.  The company also works with casino operators, such as Caesars, deliver a new entertainment experience, as it is now doing with skill-based games.

Although the skill-based games haven't shown a high rate of success at the Vegas Caesars' venues, both sides remain optimistic. Eric Meyerhofer, CEO of Gamblit Gaming, commented. “You don’t hit the switch and it’s an overnight success." Some industry insiders say it could take five years of real-time testing before skill-based games start to resonate with players. Meyerhofer is hoping that Gamblit will be able to ”crack the code” of success before his larger competitors.

Meyerhofer, Caesars and other casino industry observers are hoping that the Vegas online skill-based games experience out-perform the New Jersey online launch of 2013. At the time, some analysts predicted that NJ residents would generate $500 to $600 million in online gaming revenue annually. The first year of online gaming in New Jersey, however, netted just $123 million.

Meyerhofer points out that, although the first year of New Jersey online gambling was disappointing, it has been growing at a rapid annual rate of about 20 percent, adding a wider variety and quality of online gaming offerings and attracting more players. Gross revenues for NJ online gaming reached $246 million last year and they're expecting to grow even more as skill-based game makers improve their offerings.

As interest in skill-based gaming expands, the Gamblit company finds itself competing against larger game developers including IGT and Scientific games. Gamblit is primarily concerned with the question that is occupying the gaming industry -- how can casinos and online and video game designers encourage more young people to spend money on the gaming floor. The numbers of gamers is declining. Nevada saw its slot revenue peak a decade ago. Gamblit is one of the game developers who are focusing on entertainment that replicates popular video games and includes some level of skill to win.

Gamblit believes that the 20somethings and 30somethings of today will be more attracted to skill games including those that are based on the popular 1980s arcade games.  There is a ton of good content out there.  "The video game industry is waking up to the opportunity in the casino industry," says Meyerhofer.

One thing that the company has learned in creating skill-based machines is that the more popular machines offer single-player modes as opposed to multiplayer modes.  Gamblit's single-player Tristation machines, which feature three gaming screens, began to appear late last year and those games have enjoyed more success than the multi-player modes.

One of Gamblit's unique platforms involves games where third-parties "gamblify" their popular video games. Gamblit also offers interactive casino games for a younger audience with a new style of machines that can be adjusted based on player feedback. Meyerhofer says that, as Gamblit increases production, it might outsource some production tasks to cut costs and reach profitability sooner.

One important cavert  is that games of skill usually have a longer play cycle than a standard machine so they don't generate the same revenue per minute. For instance, most slots last just a few seconds while a game cycle on a Gamblit machine lasts 25 to 90 seconds. Gamblit is trying to speed up the cycle without impacting negatively on the interactive experience. Though, according to Meyerhofer, if the cycle is sped up too much “all we will end up with is slot players’’.

Gamblit has to be careful that their games increase casinos' total revenue pot, as opposed to simply taking revenue away from traditional game machines. Gamblit has released studies that show that the majority of their games' players are under 30 with an average age of 36. The average age of a slot player is over 40. According to Meyerhofer, the games are succeeding in reaching younger demographics who traditionally skip slots so the casinos need to keep the skill-based games, even if they don’t earn as much as the house average.  “We are not crossing players, which is what we wanted. (Skill-based and slots) are two separate markets,’’ said Meyerhofer.