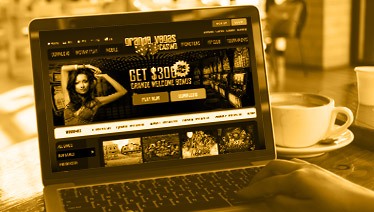 A number of savvy billionaires are coming to the conclusion that the Internet is heading towards becoming the next Big Thing in the Vegas casino industry. Online gaming is turning into a type of new start-up and many knowledge investors are anxious to get in on the ground floor of what could become a major new 21st century gold mine.

Richard Bronson is one of the first major investors to make the calculation that online gaming is where the smart money is going.  Branson co-founded U.S. Digital Gaming to provide advertising services and software to gaming operators and government agencies. Bronson, a former Mirage Resorts executive, believes that regulated online gambling, in particular, online poker, will eventually be legalized by cash-strapped states seeking revenue.

In raising money for his venture, Bronson quickly saw that some of America's wealthiest people wanted to get on the train. They include shopping mall magnate Herbert Simon, the owner of the Indiana Pacers  and real estate mogul Steven Roth, chairman of Vornado Realty Trust.

“They are all in it for the long haul,” says Bronson, speaking about his fellow entrepreneurs.  “Not one of them thinks this will be a sprint, they think it will be a marathon.” Among others, Bronson has brought Robert and William Taubman, sons of billionaire Alfred Taubman in as investors in online gaming.

What’s fueling the interest among America’s richest people? There’s strong speculation that America can expect a regulatory framework for online gambling in the near future at either the federal or state level. Everyone recognizes that the U.S. online gambling market has the potential to be the world’s biggest.

For years, online gambling was banned by the Department of Justice based on their reading of the 1961 Wire Act. Now however, the casino industry believes that its push for Internet gambling regulation is bearing fruit and that Congress will move to legislate online gaming, perhaps even this year.

The Wire Act was initially passed to make interstate gambling illegal. Doing so, the Justice Department believed, would help it to fight organized crime. In 2011, the Act was clarified to read that its prohibitions are “not uniformly limited to gambling on sporting events or contests

In 2018 two state lottery commissions asked that the DOJ reexamine their 2011 ruling.  The DOJ did so and concluded that, according to the original reading of the Act, all interstate online gambling is illegal.  Many observers were surprised to find that the DOJ was reviewing the Act.  They note that there was no reason to believe that the 2011 ruling was incorrect. Subsequently, the Wall Street Journal reported that DOJ reviewed the ruling at the request of Las Vegas Sands Corp. CEO Sheldon Adelson who said that he will do “whatever it takes” to quash online gambling in the United States.

The 2018 Wire Act opinion worried state lottery commissions and online gaming firms. Not only does the opinion make online casinos illegal, it also puts internet lottery sales at risk and makes multi-state lotteries such as Powerball illegal. To counter that, the New Hampshire Lottery Commission filed a lawsuit against the Department of Justice’s 2018 opinion in February 2019.

In June, Judge Barbadoro ruled in favor of the Commission.  He said that  the 2018 opinion was vague enough that the lottery could be prosecuted at any time and agreed that, based on the syntax of the law, the Wire Act only applies to sports betting.

The DOJ has filed an appeal of the judge’s ruling and announced that it will delay enforcement of the new Wire Act opinion until 2020.

Until recently, investors and casino companies ignored the potential of online gaming in the United States.  A few offshore companies have made strides in entering the U.S. market but they have had to fight federal authorities every step of the way.

Now, the casino industry, as well as lawmakers in big casino states like Nevada and New Jersey, are  pushing to get online gaming regulation through Congress.  It’s assumed that, when online gambling gets regulated, the market will explode, leaving investors who have gotten in on the ground floor in a good position.