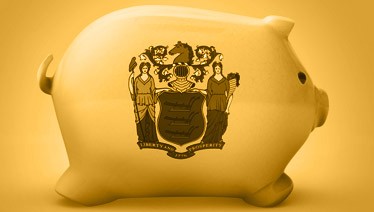 The New Jersey Division of Gaming Enforcement (DGE) released figures for the state's first week of licensed wagering operations. The numbers show that the first week's legal wagers generated just under $3.46m in revenue.  Naysayers have been saying that these types of Vegas online bets wouldn't fly in New Jersey but the statistics seem to show otherwise.

In addition, the sports betting doesn't seem to be taking gamers away from the land-based casinos. According to the NJ DGE, June’s brick-and-mortar casino revenue improved 5.1% over the same month last year, bringing in a total hit of $207.5 million. During the same course of time, slots revenue gained to $153.2, a 7.2% increase. Table games dipped a bit -- sliding 0.5% to just under $54.3 million.

The DGE's overall monthly total was up 7.3% in June 2018 over June 2017 with a net total incluem of $233.6 million. Casinos that saw their revenues increase included the Tropicana (7.8% increase), the Borgata (1.7% increase) and the Golden Nugget (14% increase). Harrah's dipped 6.1%. The combined total includes income from two new Atlantic City properties – the Hard Rock Atlantic City and the Ocean Resort – that opened June 28.

No one should be surprised to hear that the numbers don't tell the whole story. First of all, the revenue number includes over $1 million in pending wagers on ‘future events’ plus  $1.2 million of “unredeemed winning wagers/adjustments.” While the DGE is, for the time being at least, treating the income as revenue, it shrinks to 1.2 million (a hold rate of 7.8%) on a total betting handle of $16.4 when you strip out those numbers.

Also, on June 14th, the day that legalized gambling began to operate in New Jersey, the Borgata casino in Atlantic City and the Monmouth Park racetrack were the state’s only licensed betting operators. The Borgata claimed $987k while Monmouth Park claimed  just under $2.3 million. The new Ocean Resort Casino collected nearly $193k, even though it opened only on June 28th.

The law specified a 30-day waiting period before mobile and online gaming could start but that deadline expired this week and players are gearing up for online betting options to be introduced. However, casino operators aren't prepared to except those electronic bets. According to the law, each casino is permitted to form as many as three online partnerships but they must have a physical sportsbook first. At present,  only three properties have sportsbooks. One of the reasons that the process is moving at a snail's pace is that the potential partners must secure supplier licenses from the NJ Division of Gaming Enforcement. Obtaining a license can be a time-consuming process.

Operators who are moving forward with the process include the following:

Meadowlands Racetrack is located near the New York border. This puts Meadowlands in an enviable position since presently, sports betting is not legal in New York State and no movement on the issue seems to be on the horizon until at least 2019. Meadowlands is putting together a plan that will allow it to accept sports bets. Recently, Meadowlands entered into a partnership with Betfair US which is affiliated with the international Paddy Power Betfair.

Paddy Power Betfair recently acquired FanDuel, a daily fantasy sports brand. PPB envisions FanDuel as introducing its brand into the US market.  The FanDuel Sportsbook at the Meadowlands Racetrack is scheduled to open this week. The FanDuel Sportsbook won't feature online and mobile betting immediately but it is poised to begin in the not-to-distant future. A former Betfair executive said PPB would be taking remote wagers by fall, when the NFL season gets underway. The online/mobile platform will be branded as a FanDuel Sportsbook.

Monmouth Park is probably the best poised to begin taking electronic bets immediately. They partnered with William Hill in 2013 and were ready to open the state's first sportsbook in May after SCOTUS ruled that states could legalized sports betting. That partnership will help Monmouth Park get their foot in the door to get online sports betting going. The US division of William Hill already operates a Nevada sports betting app and it will be able to easily transfer that to New Jersey.

No date has yet been set for Monmouth Park internet/mobile betting but it's almost certain that it will begin within a month or two.

The Ocean Resort Casino has opened a land-based sportsbook which operates right in the middle of the casino floor. ORC sportsbook operations are powered and branded by William Hill US so, as with Monmouth Park, it's fairly certain that their timeline for accepting electronic bets is close at hand.

Hard Rock Atlantic City board chairman Jim Allen confirmed that Hard Rock would be pursuing sports betting, though it is subject to special restrictions due to its special relationship with the Miami Dolphins and the NFL> Hard Rock will need a third party to manage the action since it won't be able to "set the bet."

Hard Rock has partnered with BET 365, a British bookmaker who will now be entering the American marketplace via Hard rock. However, since Bet365 is not a business-facing supplier, Hard Rock still needs an intermediary who can make their books to activate that partnership.

Other NJ casinos that are expected to enter the sportsbetting fray include Resorts Atlantic City, Golden Nugget, Borgata and Caesars and Tropicana.