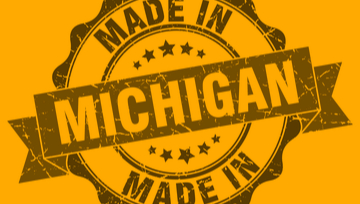 The legislation comes after weeks of negotiations between the administration and industry stakeholders that centered on tax rates. In the end, there will be a steep tax increase for iGaming to satisfy Governor Whitmer though the tax rate for sports betting decreased.

The legislation has been promoted by Sen. Curtis Hertel Jr who worked out the compromises need to bring the bill to fruition. The governor’s office released a statement that said“The governor is pleased with the progress made on gaming over the course of this year, particularly once Sen. Hertel and Rep. Warren were able to engage and resolve key issues to get this package across the finish line. … This is a good, bipartisan solution made possible by working together on a complex issue, and the governor looks forward to closely reviewing this package once it hits her desk.”

Whitmer’s administration had been primarily concerned about the possibility that iGaming could destroy Michigan’s lottery. But with the increase in taxes on online gaming and the assurance that sports betting wouldn’t take anything from the lottery, the governor felt comfortable supporting the compromise bill.

Initially, Whitmer supported a tiered structure that ranged from $200,000 to $1 million. In the end, sports betting operators will need to pay $100,000 as the initial licensing fee with an annual $50,000 application fee.

Detroit’s three commercial casinos will pay an additional 1.25% to the city of Detroit, leaving the effective city tax rate at 3.25%. Regarding the adjustment of gross sports betting receipts, there will be a deduction for the federal excise tax of 0.25% of handle that casinos must pay but there will be deduction for free-play money given to customers as promotions.

There will be an 8.4% tax rate for sports betting. The majority of sports betting tax revenue will go towards the School Aid Fund. This was key to getting Whitmer’s support.  The governor’s office stated that “the governor’s top priority when getting this done was to protect the School Aid Fund, and Sen. Hertel and Rep. Warren helped make that happen and addressed a number of other concerns she had.”

There are now 17 states that have legal sports betting but only three, including Michigan, mandate the use of official league data for in-play wagers.

Michigan, Illinois and Tennessee  provide operators with the recourse to appeal to the Michigan Gaming Control Board if they feel the data is not being offered on commercially reasonable terms. The board may consider a wide variety of factors in determining if data is being offered on comercially reasonable terms. Those factors include whether or not the leagues make the data available from more than one authorized source.

As part of the gaming package, daily fantasy sports will be allowed in Michigan.  The same 8.4% tax rate that is to be leveled on sports betting will apply to DFS. The Fantasy Contests Consumer Protection Act will regulate the conduct of fantasy sports.

Licensing fees for daily fantasy sports operators will be $10,000 for an initial license and $5,000 for an annual renewal.

The tribal operators in Michigan have been staunchly supportive of bringing sports betting to the state. State Rep. Iden Brandt, a supporter of Michigan sports betting, worked to unite Michigan’s 23 tribal casinos behind the sports betting bill. If the tribes hadn’t supported the bill they could have tried to withhold revenue share payments to the state from their casino profits on the grounds that their gaming exclusivity, which was set out in their compacts, was being violated. Such a move would have effectively killed the bill in the legislature.

$53.4 million was paid to the state by Michigan gaming tribes in 2018. That sum eclipses the $16 million to $20 million in tax revenues that sports betting is expected to bring.

According to Brandt, the tribes agreed to the bill with the provision that they would enjoy a level playing field with the state’s commercial casinos from the get-go. The tribal operators understand that in order to advance, they must be able to partner with international sports betting providers so as to stay on the level of companies such as MGM, which operates the MGM Grand Detroit.

The other sticking point for Gov. Gretchen Whitmer was the Michigan lottery. Lottery officials are concerned that sports betting and online gaming could have a negative impact on lottery sales. Over the years Michigan’s lottery has been highly successful. It has generated more than $250 million for the state’s School Aid Fund.

In a State Treasury report that sought to mitigate those concerns, consultants suggested imposing higher taxation and licensing fees for sports betting and online gaming and the removal of slots from Michigan’s gaming market so as not to compete with the lottery’s digital offerings.

With those changes, Michigan’s new gambling laws are now ready to roll.