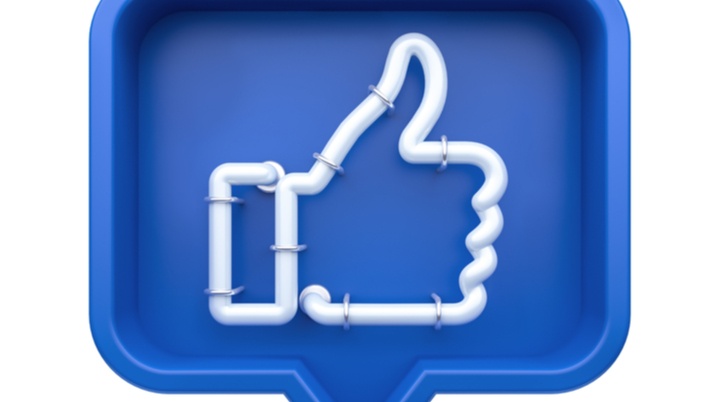 Facebook Gaming is changing the online casino gaming sector in a number of meaningful ways. Focus on diversity including new ways of marketing plus cloud offers are only the tip of the iceberg.

Advocates for diversity in the gaming world are hoping that Facebook Gaming will be a voice for diversity as it focuses on giving people a way to connect and communicate. According to statistics, worldwide, 63% of mobile gamers are women while overall, 48% of gamers are female. Statista shows a jump in the number of games with female leads on the shelves this year. 18% of 2020 games have female-led stories – in 2019, just 5% of titles had female-led stories. A study by Genre and Great

Games reports that in the UK, 54% of Physics Puzzle gamers, 74% of Matching Puzzle & Word/Brain/Board gamers and 60% of Hyper-Casual gamers are female.

However, women still make up only 28% of the gaming workforce. The percentages are higher for members of the LGBTQ+ community and for people of color. But in general, these groups are sorely underrepresented and industry insiders are hoping that Facebook Gaming will become a leader in supporting diversity and inclusion in the gaming world.

Bringing the Community Together

Games are much more than fun pastimes. It’s true that they promote better thinking skills. But even more importantly, especially in this era of social distancing, they bring people together through play. From its earliest days, Facebook Gaming made a commitment to reflect the diversity of the gaming audience in order to move the whole industry forward. Cheryl Savage, Facebook’s Director of Gaming for Europe, the Middle East and Africa (Facebook Gaming EMEA) has brought Facebook Gaming into the UKIE’s #Raise the Game as a founding partner which means that the platform will focus on promoting inclusion and diversity in the games industry.

Facebook Ireland, Facebook’s European headquarters, employs representatives of over 100 different nationalities. The company has launched initiatives such as #MakeWorkPlay campaign and the #SheTalksGames video series that encourage women to pursue leadership roles and careers within the gaming industry. The company runs female empowerment seminars and provides resources and training for women.

The diversity issue is also impacting marketers. Marketers who aren’t able or willing to stay abreast of the new reality better find themselves looking for a new line of work. Critics say that diversity isn’t being reflected in games’ marketing as it should. Whether this is because some marketers are stuck in the mindset of old clichés isn’t clear but researchers who examine marketing techniques feel that the marketers are targeting men based on old, outdated perceptions.

As mentioned, in recent years the number of games with multiple character options has increased and there are more games that feature female lead characters.  However, the “showcased” games – those that marketers focus on promoting – continue to be those with male-led characters.

Some observers see positive signs that point to the rise of a more diverse gaming landscape. Games such as  The Last of Us Part II and Wolfenstein: Youngblood  make it clear that gamers will indeed play games built around female characters.

Square Enix’s Marvel’s Avengers has Ms. Marvel at the game’s protagonist. Ms. Marvel isn’t a mainstream white lady either – she’s a Pakistani-Muslim woman and as of  November 2020 Marvel’s Avengers with the Muslim Ms. Marvel was the UK’s best-selling title.  A second 2020 title, soon to be released, does away with binary gender choices all-together.

Cyberpunk 2077 gives players the chance to choose a body type as opposed to choosing a gender.  mcvuk.com quotes CD Projekt Red’s Senior Concept Artist Marthe Jonkers who explained, “You don’t choose your gender… you now choose a body type…and we have two voices, one that’s male sounding, one is female sounding. You can mix and match.”

Women in the gaming world are frustrated that ads for new games often reinforce the stereotype the gaming world is dominated by men. Analysts suggest that marketers might want to leverage feedback of real people in the gaming world for the development of new trailers. It’s time, they point out, to increase relevance, minimize assumptions and focus on how to engage women to achieve top business results.

2021 is a new year when anything is possible. Marketers in the gaming industry should start to refresh their media plans and their marketing strategies so that the diversity of gamers is fully embraced. This must be a goal if, for no other reason, marketers expect to connect with people that the games industry doesn’t currently reach. In today’s world, this is the only way to bring a new generation of players into the gaming world.

Facebook Gaming still isn’t a serious competitor to Twitch in the gaming world. Twitch set new viewership records in October 2020 and continues to be the biggest streaming service for gamers worldwide. But, bolstered by the closure of Microsoft’s Mixer – whose users were redirected to Facebook Gaming – Facebook Gaming has quickly become one of the world’s biggest gaming platforms. Their leadership in the field of diversity is certain to have a serious impact across the board.

Alongside its other innovations, Facebook is investing in cloud gaming. Instead of offering standalone cloud gaming services for a fee, Facebook is providing the services as part of its existing app and is allowing free access.

Jason Rubin, Facebook’s vice president of play, explains that Facebook is exploring the cloud is because it wants to explore and expand. The company’s previous HTML5 Instant Games platform and their Flash-based games were too limiting, said Rubin. Cloud gives Facebook the opportunity to offer more complex games.  “The platform is going to allow the 300 million players that we have to continue to play the games they like, but we think they’ll branch out and play more complex games as well,” Rubin said, as quoted by The Verge.

In late October Facebook launched free-to-play cloud games in beta. Titles included the Mobile Legends: Adventure role-playing game and the 3D racer Asphalt 9. The cloud games were introduced in specific U.S. states via the web and the Facebook app where the games are available only on Android. At present, the games can’t be played on Apple devices due to Facebook’s opposition to Apple’s “arbitrary policies” regarding third-party apps.

Facebook is offering its Cloud gaming platform as an easy way to play fun games. Right now, they’re not looking for high-tech or premier games. Rubin explained that “We’re not trying to lock people in. We don’t need to because we’re not charging a fee to try these games and you’re on Facebook already. An exclusive in the classic sense — i.e. you can only play this game on the platform — probably doesn’t make sense for us…..what I think is going to happen, is once the platform has a large userbase, some of these developers are going to go ‘I think we should add some features that take advantage of these capabilities we never had before.’ We’ll see those games do really well on the platform, and other developers will say ‘That was an idea, we should follow along with that.’ And then somewhere along the line, some game company will say ‘We should build a game that can’t exist anywhere else'."