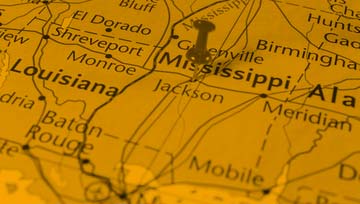 Gregory, whose association represents the state’s 26 casinos, including 12 on the coast, wrote to state Rep. Casey Eure, R-Biloxi, chairman of the House Gaming Committee. According to Gregory, the casino industry in Mississippi “. . . is concerned as it has watched the commission dedicate an extraordinary amount of its resources to assist RW and DH.”

RW and DH refers to RW Development and Diamondhead Real Estate. The companies were turned down for casino site approval by two different Gaming Commissions. The first denial occured when RW requested to build at U.S. 90 and Veterans Avenue in Biloxi in 2008. The second incident was in 2014 when Diamondhead submitted its request to build near the Bay of St. Louis.

Gregory’s letter objected to the fact that, under the current Gaming commission, both companies were allowed to file again for site approval after “special hearings” were held in March 2017. At that time, Allen Godfrey, executive director of the Mississippi Gaming Commission, recommended that the requests be denied. The commission voted 3-0 to accept that recommendation. Now those denials are being appealed and the case is being heard in Circuit Court where a decision is expected in the near future.

Gregory says that now, there’s a third RW application, contravening Mississippi law. Gregory objects to the fact that the commission is allowing the request to move forward. In addition, says Gregory, now, “Chairman Hopkins announced that he was not allowing the executive director to make a recommendation on the RW III application for site approval, stating that none was required under his view of the law.”

Gregory wrote that Hopkins’ position contradicts the process that the commission has followed over the course of the last 25 years. “The significance of not allowing a recommendation is that if the chair’s motion had received a second, then the site would have been approved,” Gregory wrote.

Regulations require a 3-0 vote from the commission when the executive director recommends denial. Hopkins has made a motion to approve the site his motion did not receive a second from commissioners Tom Gresham and Jerry Griffith Sr.

The Gaming Commission, says Gregory, is trying to change regulations to open land across from the sand beaches in Hancock and Harrison Counties so that the land can be used to develop casino sites.

Gregory objects to the way that the Commission has ignored the intent of House Bill 45 that allowed the riverboat casinos to open up on land after Hurricane Katrina. The intent, says Gregory, was not to expand the casinos but only to allow existing ones to continue operation. “In other words, if a casino site was illegal prior to Hurricane Katrina it would not be made legal by HB 45.”

During last year’s legislative session the Mississippi Senate and House passed a resolution that called for the creation of a casino map of the Coast. The bill directed the heads the Gaming Commission, the Department of Marine Resources,  the Mississippi Secretary of State and the Joint Legislative Committee on Performance Evaluation and Expenditure Review (PEER) to  “develop a map indicating the geographic area on the Mississippi Coast that is eligible for licensed gaming under state law.” The legislature declared that they intended to rely on the map for “efficiency and transparency.”

Gregory’s hospitality association wants the gaming commissioners to direct that Godfrey not be a part of the map’s creation. Even if the map is used just as a guide, Gregory wrote, “It is questionable whether the commissioners have the authority to direct the MGC executive director not to comply with HCR 85 — again, a joint resolution issued by the House and Senate.”

Mississippi has a free-market system of licensing casinos. Any company that meets the requirements of the Mississippi Gaming Commission and has the needed  capital can build on an approved casino site. RW and DH’s arguments, that MGHA is motivated by fear of new competition, is unfounded, says Gregory. “MGHA consists of 26 casino operators that are competitors,” he said. “Competition is not the issue.” He said the organization wants to see the laws are followed.

Betting in Mississippi, both on casino games and on sports, is legal only at land-based or water-based licensed Mississippi casinos. A mobile sports betting bill was introduced into the Mississippi legislature in February 2019 but it failed to gather enough support to make it out of committee and it died, leaving Mississippi betting legal for in-person wagers only.

The bill’s supporters acknowledge that it will be hard to pass an online wagering bill in Mississippi.  However, there is authorization for daily fantasy sports betting as well as for mobile sports betting on the grounds of a casino with a sportsbook.