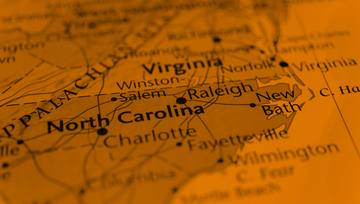 The South Carolina-based Catawba tribe is trying to get permission to build a brick-and-mortar and eventually online casino in North Carolina but the Eastern Band of Cherokee Indians is opposing their efforts. The Catawbas are planning to develop the land near Kings Mountain in North Carolina for their casino. U.S. senators from both Carolinas are backing them but that may not be enough to win their battle against the politically-powerful Cherokees.

Currently, the Carolinas' two most prominent American Indian tribes are battling over geography and the lucrative location near Kings Mountain in North Carolina. According to spokespeople for the Eastern band of the Cherokee Nation, the Catawbas should stay in their own state to the south.

The Catawbas’ position is that the state boundaries are irrelevant. They point out that the boundaries were imposed by the government and have no impact on ancient land rights.  The Cherokees already operate two casinos in North Carolina.

The Catawbas base their claim on 1993 federal recognition of their tribe. That, they say, should have given them the opening to operate a casino in North Carolina. The casino is set to be located just 35 miles northwest of the Catawba reservation, in the Charlotte suburb of Kings Mountain along Interstate 85. The Catawbas say that they have a historical and legal claim to land. Their plans are supported by local Kings Mountain community leaders.

The Catawbas are receiving the backing of the U.S. senators from both North and South Carolina. The senators have sponsored a bill in Congress that would give the Catawbas the right to open their casino.  However, the politically powerful Cherokee tribe has, thus far, been successful in blocking their efforts.

The Cherokees’ two North Carolina casinos are located in the far western region of North Carolina. The casinos’ success has transformed the 16,000 member tribe into a financially secure entity with jobs, access to needed services and approximately $12,000 per member annually.

The Catawbas are aiming to achieve the same type of prosperity that the Cherokees are enjoying.  Bill Harris, Catawba tribal chairman, says that a casino could revive the tribe.  Harris says that “the opportunities would be limitless.” Currently, the poverty rate of the Catawba reservation is 28%, twice the state average.

Today, there are approximately 2600 members of the Catawba tribe. The tribe was so small that it was declared “terminated” by the federal government in 1959. The Nation then had to reorganize in order to reassert their sovereignty and treaty rights. They established tribal enrollment in 1973 in order to move ahead on the process of regaining federal recognition.

Six years ago the Catawba tribe filed an application with the Interior Department, requesting to build a casino on Kings Mountain Range. At that time the Catawbas couldn’t secure the support of state legislators or the governor.  Now however, senators from both North and South Carolina are supporting the Catawba’s efforts to build a casino. They have submitted a bill that would direct the Interior Department to authorize gambling on the land under the auspices of the Catawba tribe.

During a recent Senate committee hearing on the bill, an Interior Department representative seemed to indicate that the Interior Department supported the bill.  Speaking about the settlement the federal government reached with the Catawba in 1993, the representative said that it was "clear that the benefits that Congress intended for the tribe have not been realized."

In addition to the Cherokees, other interested parties are weighing in on the Catawba proposal. North Carolina governor Roy Cooper says that he is concerned because the senators' bill appears to exempt the Catawba from being required to negotiate with the state over games that can be offered and tax revenues.

Richard Sneed, Principal chief of the Cherokee Eastern Band, warned that the bill could have "devastating" economic consequences for the region if the Catawba casino draws visitors away from the Cherokee casinos. "The historical evidence is on the side of the Cherokees on this one," Sneed says. He claims that there was no Catawba-controlled land in North Carolina after the mid-1700s.

Catawba chief Harris is just as sure that the land in question is well within the tribe's ancient boundaries. He points out that Catawba County and the Catawba River are in North Carolina. The current Catawba reservation is located 8 miles from the site where the Catawba aided the American army in their 1780 Revolutionary War battle against the British.

North Carolina state lawmakers, however, have sent a letter to the U.S. Senate Indian Affairs committee, requesting that it reject the "unprecedented overreach" of the U.S. senators' bill. Critics note that the Cherokees are one of the biggest political contributors in North Carolina which, they say, might account for the North Carolina legislators’ support of the Cherokee interests.