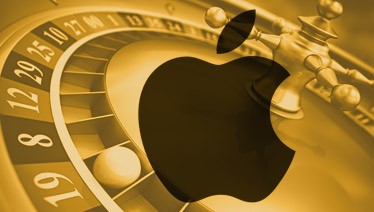 The Apple app store has released a new online casinos policy that requires that all real money games sold at their store be created specifically for the iOS platform.

Guideline 4.7. states that “HTML5 games distributed in apps may not provide access to real money gaming, lotteries, or charitable donations, and may not support digital commerce. This functionality is only appropriate for code that’s embedded in the binary and can be reviewed by Apple. This guideline is now enforced for new apps. Existing apps must follow this guideline by September 3, 2019.”

Currently, most online casinos and mobile sportsbooks create and operate their apps using HTML5 or other sort of coding. For Apple, the problem is that this type of code is, more or less, a different version of their website. Now, such gaming apps won’t be available to be downloaded to a user’s phone unless the gaming designer can change the code to make it acceptable to Apple by September 3rd.

Gaming designers and online gaming casinos are most concerned by the time frame which, they say, will be impossible to meet.

The new policy applies to every mobile option that’s currently available for download. That includes sportsbooks apps such as DraftKings Sportsbook and FanDuel Sportsbook. The DraftKings sportsbook app, which was developed in-house, has already passed the testing phase and in some states, such as New Jersey, has an integrated casino.

Sportsbooks such as Draftkings, which have already gone through the licensing process in states such as New Jersey, might have to go through that process again with their new re-designed, Apple-code-acceptable app.

Gaming companies are concerned because, they say, the changes will take much more time than Apple has allotted. The changes are especially concerning for small developers who will have to decide whether updating their apps or developing native ones for iOS will be worth the hassle. Some of the game designers, including some well-known and well-respected indie developers, might well choose  to withdraw their apps from the App Store.

The requirement that code be embedded and that gaming apps be native to iOS suits Apple’s needs. Native apps take advantage of a device’s iOS to load more quickly and deliver better gameplay.

To have an app approved for the Apple App Store, developers will need to build a completely stand-alone version of each gaming app. The iOS apps must be totally different from an Android app. It’s time-consuming and expensive to build apps and, up until now, developers evaded the expense by creating standard apps that could be tweaked for different mobile systems – Windows, iOS or Android.

Apple’s iOS reach is around 505 million users. Android’s user base of 1.4 billion is 74.45% of the smartphone market. That gap might help many developers make the decision to forgo the Apple Store and stick with Android.

Still, for many small developers, the cost of building two versions of a native iOS app will not be worth it,  even at the expense of accessing large portions of the lucrative U.K. and U.S. markets.

Apple has also announced the launch of the Apple Arcade, high-quality, premium games which will focus on art and entertainment as opposed to squeezing money out of players.

The move is in response to increasing criticism that the iOS App Store has become dominated by cheap, scammy games that seem to take advantage of the gamers’ willingness to pay to play.

The Apple Arcade aims to address this issue. Arcade games will include no ads, no in-app purchases and, no lockout timers. Apple will connect a monthly fee and, for that membership, will deliver dozens of games that won’t be available elsewhere.

There will also be cross-platform play so gamers will be able to play on their iPhone, iPad, Mac or Apple TV.

Apple is investing heavily in the Arcade. They are paying for exclusive titles and funding development of new games.

Apple’s dilemmas with the low-quality games started in 2009 when they announced that free apps would be permitted to offer in-app purchases. That opened the door to a landslide of free-to-play games. Those games started to take over the App Store and developers quickly took advantage of the new rules.

Rolando was the first to react. They began to offer free demos of the full games so players could buy more levels after they experimented with the trial. A second free-to-play model involved offering a timer system so players would be limited in the number of rewards that they could accrue until they paid a fee. For instance, the gamer could play the game endlessly but the in-game resources were limited so they couldn’t progress or unlock new items until they paid.

The new Apple Arcade represents an idealistic approach, giving Apple the reputation of a company that fosters art and creativity. Not coincidently, Arcade will also provide a new revenue stream for the company that will almost certainly eclipse the profits that it earned from its 30% take from the in-app purchases of the free-to-play games.