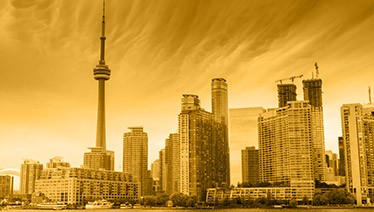 The gambling industry in Canada isn’t a Northern backwater enterprise any more. Canadians and their provincial governments are embracing gaming entertainment with Grande Vegas and a wide range of additional brick-and-mortar and online initiatives. Ontario has been a leader in bringing gambling to Canada on a big scale and its casino industry brings a boost to the local economy.

Some of the latest casino happenings in Ontario include:

The ‘Niagara Gaming Bundle’ contract will become effective in June 2019. The company will build and manage a 5,000-seat Entertainment Centre which is to be built next to Fallsview Casino Resort.  Both Niagara Fallsview Casino Resort and Casino Niagara are owned by the provincial-run Ontario Lottery and Gaming Corporation. Up until now the casinos have been managed by the Toronto-based  Falls Management Group. However, when his current arrangement expires, Mohegan will take over the operation of both properties.

Mohegan Gaming and Entertainment is a tribal gaming enterprise which got its start in the state of Connecticut as a federally-recognized casino business. Mohegan operates the large Mohegan Sun casino in Connecticut and a smaller Mohegan sun Pocono casino in Pennsylvania. It’s plans for the 3-property Niagara complex involve creating “a dynamic entertainment experience’ that will result in ‘economic development and increased job opportunities’ by encouraging increased visitation and more gaming opportunities.

According to Brown “This procurement marks Mohegan Gaming and Entertainment’s advancement as a leader in commercial gaming and integrated resort experiences around the world while promoting greater economic development and tourism in the Niagara region through our outstanding gaming, entertainment and resort offerings.”

Speaking for the Ontario Lottery and Gaming Corporation  President and Chief Executive Officer said that the OLG wants to  ‘help ensure the long-term competitiveness of the Niagara gaming market’ by building on the properties’ existing  reputations. He said “Selecting Mohegan Gaming and Entertainment is the latest step the Ontario Lottery and Gaming Corporation is taking in our land-based gaming modernization, which is investing in communities and providing customers with new and exciting entertainment options.”

Mohegan will receive a 20-year license to operate the southern Ontario properties. The casinos regularly contribute around $1.5 billion a year in tax, making them an important asset for the province of Ontario.

A new casino development in Pickering, about half an hour northeast of Toronto, is drawing the ire of many locals. The Great Canadian Gaming company, which operates other casinos in the Toronto area, is expected to move ahead with the development which is located on the Durham Live site.

Proponents of the casino point out that more than 10,000 jobs are expected to be created in Pickering when the various sections of the development open – the casino itself is expected to employ over 2000 people. Opponents are concerned about the negative impact, including addictions and criminal behavior, that a casino might bring to the area.

Developers Steve Apostolopoulos and Peter Apostolopoulos call the development a world class Vegas style casino which is not gaining them a lot of support from community members who would rather that their quiet area remain that way. In addition to the casino the Durham Live development is expected to include a performing arts center, convention space, hotels, theatres, restaurants, an indoor water park and a film studio.

Provincial and city officials are anticipating tax revenues of up to 50 million dollars from the casino that will be operated by Ontario Gaming GTA LP which is a partnership between Brookfield Business Partners and Great Canadian Gaming. The casino is to be built at Bayly and Church Streets. Mayor Dave Ryan is a supporter.  “We are thrilled to invest the casino revenues back into our greater community,” said Mayor Ryan. “Pickering will share up to 30 per cent of its revenues with the Region of Durham, and we suggest that a portion of these funds be earmarked for social housing in order to secure matching funding from the senior levels of government. Finally, we suggest sharing up to 2 per cent of revenues with the local quarter-horse industry, but will need to meet with industry representatives first in order to better understand their needs.”

The existing Casino Ajax will close and Casino Ajax employees will move to the new location when it opens. Councillor David Pickles commented, saying “Ajax has done well by Ajax Slots having received about $75 million for its use since it opened, but the province and OLG wanted to go with an improved business model and a competitive process.”

Canadian gambling operator Gateway Casinos and Entertainment is planning to develop a new casino in Chatham-Kent, Ontario. If all needed approvals are obtained from municipal and government authorities construction will start after the land acquisition process is complete.

Gateway intends to feature slot machines and table games in the new casino. There will also be food and beverage outlets. The Chatham-Kent property will join Gateway’s other Ontario sites including  the Starlight Casino Point Edward, in London and in Thunder Bay.