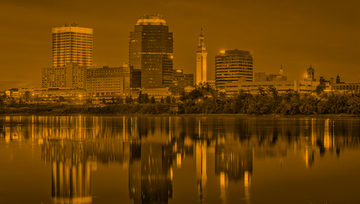 When MGM embarked on its mammoth Springfield casino resort project, they expected to attract much of the business that was going to Connecticut's tribal casinos.  That hasn't been the case – MGM believes that Connecticut gamblers are staying loyal to the two land-based and online casinos that are located in their home state, the Mohegan Sun and Foxwoods Resort Casino.

The issue highlights the rapidly changing landscape for New England's gambling public.  The expectations of industry experts have been upended as customers enjoy more opportunities than ever to make choices.

MGM Springfield is seeing their revenue fall due, they say, to customer loyalty to the two Connecticut tribal casinos that have been operating in the area for many years.

MGM officials explain the loyalty issue as one of the main reasons that the GGR (gross gaming revenue) at the Springfield casino hasn't been as high as had been hoped. GGR for MGM Springfield's first year of operation was $252.82 million, well below the expected $412 million that was floated when MGM embarked on the project 9 years ago.

Mike Mathis, head of MGM Springfield, commented on the disappointing numbers. "This market has some really strong competitors that have been in the market for 20-plus years. So I think we under-estimated that level of loyalty and what it would take for those customers to give us a shot.”

Foxwoods, which opened in 1993, and the Mohegan Sun, which opened in 1996, are firmly entrenched in the region.  MGM now acknowledges that it will probably take a number of years for the MGM Springfield to receive the attention that it assumed it would attract upon opening.

MGM has tried different tactics to jump-start the Springfield property. The company replaced a Starbucks coffeehouse with a VIP area. A number of outdoor concerts and dining options have been featured along with an outdoor boxing.

It's not only the Springfield property that is suffering. Foxwood's July slots revenue slipped 11.2 percent on a year-over-year basis, while the comparable metric at the Mohegan Sun  was lower by 15.1 percent. Total handle at the Mohegan Sun dipped by 14.1 percent while Foxwoods was lowered by 10.3 percent.  That's concerning to the state which has seen tax receipts plunge almost in half over the last decade.

MGM built its Springfield property based on the belief that  the Southern New England area could sustain another casino. They didn't take into account that Wynn Resorts would also have development plans for the region, which includes Boston, Rhode Island, and Connecticut. Wynn recently opened its Encore Boston Harbor and that property is quickly establishing a dominant position in the region.

MGM and Connecticut's tribal casinos aren't the only ones that are struggling. Two gaming venues in Rhode Island are also losing business to the Wynn Encore and have had to lay off staff to compensate.

Governor Ned Lamont of Connecticut is reportedly urging the Mohegan and the Mashantucket Pequot tribes to built new casinos in Hartford and Bridgeport and put their proposed Tribal Winds casino in East Windsor on hold.

The Lamont plan would include the sale of the financially ailing XL Center in Hartford to the tribes. The tribes would be responsible for renovating the arena. They could then feature casino gambling at the XL Center. The property is operated by the Capital Region Development Authority. The company has been trying to sell the property, which was built in 1975, to a third party but has been unsuccessful in this effort. It has also been unable to secure a loan for $100 million in improvements.

Lamont's first plan involved encouraging the tribes to work out an equitable solution with MGM Resorts International.  MGM also has plans to build in Bridgeport. Their initial proposal included the creation of a training and workforce development program for future casino employees in New Haven. The present plan for a tribal casino would approve the construction of a casino venue in Bridgeport and would give the tribes exclusive right to Connecticut-based internet betting. No training program would be involved in that plan.

The tribes have been discussing the possibility of opening a Bridgeport casino since 2015. Their proposal involved a location in the Danbury area and an unnamed location in north central Connecticut. In December 2017 the tribes revisited the Bridgeport proposal after MGM Resorts began promoting its own casino plan for the region.

That's not likely to occur. The tribes have spent $20 million to plan and design a $300 million Tribal Winds Casino. They have also engaged in a two-year fight with the U.S. Department of the Interior for federal approval. The Department granted its approval this past March and the tribes announced that the project could be completed by early 2021. The project would, conceivably, create 5,000 jobs during its construction and at least 2,000 permanent jobs after its completion.

If the Tribal Winds casino fails to come into fruition, it would be a financial blow to East Windsor and the surrounding area.  Robert Maynard,  East Windsor First Selectman, estimates that if the project moves forward, the town could receive approximately $8.5 million per year from property taxes and an agreement made with the tribes. Six of the surrounding towns  would divide an estimated $750,000 per year from the project.  “Nothing’s happened here in a long period of time and now it’s going to happen,' said Maynard, "so we’re pretty excited by it.”

The Connecticut legislature is currently considering a bipartisan Connecticut Jobs and Revenue Act. That bill, if passed, would enable the tribes to build a Bridgeport casino, build the Tribal Winds casino and conduct internet betting.

Tribal chairman of the Mashantucket Pequots Rodney Butler acknowledges the Lamont proposal but offers no clue on whether it had any traction.  “We’re looking at a global solution – looking at sports betting, online gaming, extended liquor hours, casinos in Bridgeport, casinos in Hartford, and we’re trying to wrap it all into one conversation. It’s complicated.”