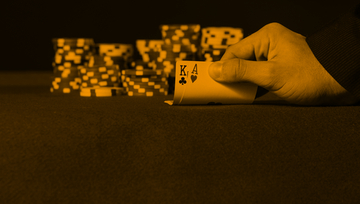 Sports betting has been high on the radar for California Vegas casino gambling proponents this year but other issues related to gambling are also garnering attention.

Proposed rule changes for California cardrooms could shut the lucrative ‘player-banked’ games down. The California Bureau of Gambling Control (BGC) wants to require cardrooms to modify the way that “player-banked” games are run.  In a player-banked game, the role of the “house” is fulfilled by a designated ‘third-party proposition player.’ This is the individual who pays out winnings and collects losses.

Currently, the player-dealer position is rotated – theoretically -- every 60 minutes. However, if other players decline the opportunity, the table suspends activity for two minutes and the game resumes with the same player-dealer as before.

The BGC has drafted new rules that would require all players to take on the banking role which would switch every two rounds. If a player refuses the banking role, s/he would need to leave the table.  If no other player is willing to assume the position of banker, the game would be forced to suspend play.

California’s gaming tribes have tried for many years to shut down the cardrooms which, they say, threaten their position as California’s exclusive casino operators. Steve Stallings, chairman of the California Nations Indian Gaming Association, said that the state “is plagued with a commercial gaming industry that has run amok…..the illegal gaming … conducted at … cardrooms is a direct violation of California’s prohibition of banked and percentage card games off Indian lands.”

The cardrooms were challenged in court by three California tribes including the Viejas Band of Kumeyaay Indians, the Sycuan Band of the Kumeyaay Nation, and the Yocha Dehe Wintun Nation. The tribes sued the state over the operation of the cardrooms. They accused the state of violating their exclusive gaming compacts as well as the compacts’ provisions for exclusivity for the tribes.

This summer the United States District Court for California dismissed the lawsuit. Judge John Menendez stated that the gaming compacts do not integrate the matching clauses of exclusivity.  The judge determined that the tribes that filed the lawsuit had no exclusivity rights beyond those rights that are stated in the state’s constitution.

The tribes have appealed that ruling. They have also been pressuring the BGC to clamp down in other ways. The tribes say that 19 years ago the state’s voters approved a ballot initiative that amended the state constitution. The amendment gave tribes exclusive rights to casino-style games by limiting banked and percentage card games and slot machines to Indian land.

The appeal to the lawsuit’s dismissal has been joined by the Rincon Band of Luiseno Indians and the Santa Ynez Band of Chumash Mission Indians. Simultaneously, the BGC is attempting to address the issue from an administration perspective by changing the rules under which the cardrooms operate. According to the Los Angeles Times, the proposed rules change is due to the state Department of Justice “looking at various issues related to gaming and is interested in receiving input and engagement from the public.”

The state’s 72 cardrooms are represented by a lobby group, the California Gaming Association (CGA). CGA says that the BGC is buckling under to pressure from the tribes and warns that, if approved, the new regulations will put thousands of jobs at risk, will diminish state and local tax revenues and will “kill the cardroom industry and devastate dozens of communities.”

The BGC is holding statewide meetings to hear the public’s response to their proposed new regulations that would impact the blackjack-style games. Cardroom employees are showing up at these meetings by the hundreds to protest the proposed rules changes. The cardroom administrators insist that their games are not house-banked which, under Title 25 (Indians) Code of Federal Regulations (CFR) 502.4 refers to “any game of chance that is played with the house as a participant in the game, where the house takes on all players, collects from all losers, and pays all winners, and the house can win.”

The cardrooms insist that their versions of games such as Pai Gow poker and blackjack avoid bans on house-banked games because they simply take a rake from each hand via state-licensed third-party dealers. The dealers act as the house so it’s all legal, they say.

The cardrooms’ lobby group, the CGA, objects to the “ongoing effort by certain tribal casinos to bully regulators and elected officials into taking unwarranted action against … cardrooms…..This is a real concern. A few tribal casinos have put political pressure on the Attorney General [Xavier Becerra] and initiated suits against Southern California cardrooms and the governor” said a CGA spokesperson.

In addition, the CGA says the rules at the games offered by state cardrooms tend to be more favorable to players than those of games featured at the tribal casinos. Legal observers say that California’s cardrooms are within legal limits to offer these games as they do.

“A strong, well-regulated gaming industry is of utmost importance to California’s tribal governments and the public,” said Stallings. “This initiative allows sports wagering in a responsible manner and provides for transparency and strict regulation.”

18 California tribes are working together on the initiative which is being spearheaded by the Pechanga Band. The tribal thrust comes four months after state Sen. Bill Dodd (D-Napa) and Assemblyman Adam Gray (D-Merced) introduced their own bill to put a sports betting measure on the 2020 ballot.

The tribes’ proposed constitutional amendment would allow wagering on college, professional and some amateur sports — though not high school sports — at licensed racetracks and tribal gaming casinos. The cardrooms object to the initiative’s narrow scope since it would not allow sports betting at card clubs.

According to the tribes’ proposal, a 10% tax on gross gaming revenue derived from sports wagering would be imposed and the proceeds would be used for education, regulatory costs, mental health programs and public safety programs.