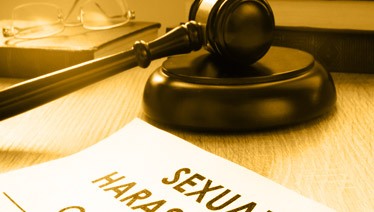 A debate is brewing in Nevada over whether there’s enough oversight via existing federal harassment rules to prevent sexual harassment in the states’ casinos or whether additional regulations need to be created. It’s no secret that the live casinos have more than their fair share of harassment complaints (while no such issues exist with the online casino), both from staff being harassed by customers and by their own supervisors and by the customers who contend with harassment from other patrons.

Now the state gaming commission is considering whether to take on the issue or to allow the casinos to develop their own policies and enforcement practices. Becky Harris, Nevada's chief gambling regulator, says that casino executives and workers have been supportive in the state's Gaming Control Board’s consideration of whether they need to develop new rules to address sexual harassment. She said that she’s presently reviewed a draft of the proposed regulations. The next step will involve releasing them for public comment.

The need for such regulations became apparent to state regulators after a sexual misconduct scandal involving former casino owner Steve Wynn became public. In the wake of the Wynn scandal, additional accounts of sexual harassment were publicized, highlighting how vulnerable casino employees were targeted by guests, by VIP players and even by their own employers. These reports convinced the Commission to address the issue of sexual harassment in the casino.

Commission Chief Harris said the revised draft provides "an improved method" for reporting harassment claims. No details of the report have, as of yet, been made available to the public. Not surprisingly, many casino operators are opposed to the new regulations.

South Point Hotel-Casino’s representative, Attorney Barry Lieberman, said there are sufficient federal and state guidelines to regulate the problem. Such regulations are enforced by the U.S. Equal Employment Opportunity Commission and the Nevada Equal Rights Commission.

South Point Hotel-Casino’s representative, Attorney Barry Lieberman, said there are sufficient federal and state guidelines to regulate the problem. Such regulations are enforced by the U.S. Equal Employment Opportunity Commission and the Nevada Equal Rights Commission. He noted that, in reference to the operations of gaming establishments, “…..sections (in Regulation 5) provides regulators with authority to discipline a licensee on sexual harassment matters.”

Leiberman spoke at the first of a series of workshop hearings that the Gaming Control Board is currently conducting in Nevada to focus on the question of whether to put new regulations in place. The first workshop hearing was in Las Vegas and the second is scheduled to take place in Carson City.

Once the hearings have been completed the board will present the proposed changes to the Nevada Gaming Commission. Some commission members, including Terry Johnson, agree that gaming license holders must comply with all federal, state and local laws but current laws might be inadequate. One possible addition, Johnson suggested, might be a more detailed definition of a licensed gaming establishment.

Harris said “I think this is an important issue in our time. I think the regulations are very vague. This is an attempt to highlight that sexual harassment prevention and awareness are important, but the board wants some parameters and minimum standards about what these policies should look like.” Harris said that the hearings have included testimony from unions, employees, employers and community advocates. There has also been testimony from victims.

One change that has already taken place involves the requirement that all Nevada gaming license holders fill out a “minimum standards checklist” every year. The checklist is meant to make sure that casino employees enjoy “a work environment that is safe for all employees, one in which diversity, inclusion and the dignity of each employee is respected and free from any form of discrimination or harassment.”

“The fact that we have a lot of federal legislation and state laws, this is still an issue of concern for many,” Harris said. “Perhaps those methods may not be as effective as we would like those methods to be.”

Representatives of the Culinary Union, the union that represents thousands of casino workers, testified before the board. In their statements, the reps emphasized that the final regulations need to address sexual harassment by casino guests.

The Culinary Union represents 50,000  casino workers including waitstaff, bartenders, kitchen workers, housekeeping, and bellmen. The union reps provided recommendations to the NGCB on how to best protect against sexual harassment including  more rigorous reporting procedures, strong anti-retaliation measures and the elimination of nondisclosure agreements in any arranged settlement.  ,

Geoconda Arguello-Kline, the secretary-treasurer of the Culinary Union  wrote “there is a steep power imbalance between a guest who can afford to spend $450 on a bottle of vodka or thousands on a hotel suite and the server or guestroom attendant assigned to attend to his needs.”

Possible criteria of a sexual harassment policy presently being considered by the Nevada Gaming Commission include the requirement that gaming licensees: