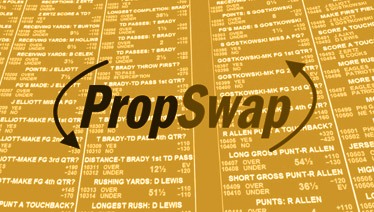 As settled and accepted as home-grown entertainment the online casino for New Zealand is, the sports betting world is continually pushing the envelope, and now....a new concept in sports betting appeared on the scene. PropSwap.com has a new strategy that seems set to transform the industry.

PropSwap.com has been operating for over 3 years but it started to draw more attention after this year’s NCAA March Madness. PropSwap.com is creating an upheaval in the sports betting scene by offering bettors the opportunity to cash out of a futures bet early while still making some profit. The idea got a boost after the Final Four ended up including some surprises which led to opportunities for the fledgling company.

The idea behind PropSwap.com is that bettors who find that they are stuck with unfavorable tickets can sell the slips on PropSwap’s exchange and thereby hedge their bets. If a bettor misses a big line he can lock in a better price.

For instance, if a bettor places a futures wager on the Sacramento Sheep at 100/1 and the Sheep surprise everyone by winning their first few games, the price might slip to 25/1. Then, the bettor can list the slip on PropSwap.com at a price equal to a (for example)  50/1 payout which provides an opportunity for buyers that wouldn’t otherwise be available and also hedges the bet.

Co-founder Luke Pergande explains: “I post a slip for sale, a buyer writes them a check, the seller is happy since they don’t have to sweat the game. Plus, they get a nice chunk of change.”

Pergande described how he created the sportsbook. During a 2013 trip to Las Vegas he placed a futures wager at 50/1. “They went 7-1 to start the season and the odds dropped to 15/1. I called my now business partner (Ian Epstein) who worked for CG Technology at the time, and asked where can I sell this ticket in Vegas. He said nowhere. It seemed like a gap in the market so we set out trying to solve it.”

PropSwap opened for business in August 2015.

To activate a PropSwap wager, the bettor places a bet in a land-based sportsbook in one location and then uploads a photo of the betting slip to the PropSwap client. He enters the details and sets the sale price.

PropSwap is responsible for verifying the validity of the ticket. Once it’s verified, PropSwap lists it on the marketplace. A buyer who sees the ticket can purchase the slip using a debit or credit card. PropSwap sends the physical ticket to the buyer via certified mail.

Then, the buyer can redeem the slip with the sportsbook, via mail or in person.

PropSwap takes a 10% commission from the final price. This reduces any up front fee from either party.

PropSwap started in Nevada but it is now expanding to additional states. Since it’s not a gaming entity the company isn’t obligated to submit to regulators’ supervision but it does operate around the perimeter of gaming so it must tread carefully. One regulator request, which PropSwap adopted, was to make the buyer responsible for redeeming the tickets, either through a sportsbooks, a mail exchange or in person, as opposed to having PropSwap facilitate the ticket’s payout.

The concept of achieving a payout on a ticket that hasn’t won but only improved has been a successful one. During the NCAA games, PropSwap tried to broker the sale of a $1,500 bet that placed Texas Tech as the NCAA winner at 200-1 odds. Former Dallas Cowboys receiver Dez Bryant offered to buy that ticket for $50,000 – it would have been worth over $300,000 if the Red Raiders had won the title.  A Las Vegas businessman also submitted an offer – of $57,000. In the end the bettor declined the offers.

Pergande said that just hours before the NCAA 2019 final match, those who bet on Virginia started to offer their tickets on the site. “I think if you were holding Virginia, you felt pretty good,” Pergande said. “Even coming out of the Purdue game, in my opinion, they stole that game. But I think since Texas Tech has looked so dominant, we’ve seen a bunch of Virginia tickets now all of a sudden.”

In the end, that proved to be a winning combination as Virginia took the tournament from Texas Tech 85-77.

Pergande and his partner, Ian Epstein started PropSwap three years before the Supreme Court overturned PASPA,  the Professional and Amateur Sports Protection Act, and opened the door for states other than Nevada to offer sports betting.

“That kinda blew the doors off,“ Pergande said. “We’re now getting tickets from New Jersey, Mississippi, and Pennsylvania. That’s helped tremendously, no doubt.”

Pengande said that the company’s biggest traffic thus far has come from golf, the NCAA Tournament and the National Football League games.

For security purposes, bettors who have sold nine or fewer bets or are new to the site can only offer a bet made through a retail sportbook. Once the bettor has sold 10 betting tickets, they can go online to offer a bet that they made.