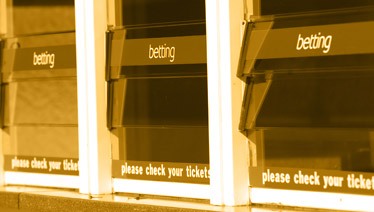 From online casinos in New Zealand, to the burgeoning casino industry in the Far East, to the future of sports betting in the US, every day there is news as to the legalization and/or regulation of different forms of betting.

Today, we'll deal cover Rhode Island and West Virginia who are moving ahead in their plans for sports betting in their states. Rhode Island is experiencing some bumps along the way which gives  West Virginia some pause as sports wagering operations launch there.

Sports betting launched in Rhode Island in late 2018. The state’s casinos opened sportsbooks almost immediately but thus far, sports betting hasn’t turned into the same kind of winning proposition that it has in New Jersey. Casino operators are scrambling to determine the reason.

In early 2019 the legislature made another change, adding online and mobile betting to the casino bill. Mobile betting will be coming to Rhode Island in the near future.

Based on New Jersey’s success with sports betting, it was reasonable to assume that Rhode Island would enjoy the same type of success. Neighboring Massachusetts has not yet legislated sports betting in that state so it was assumed that Massachusetts gamers would cross the border and place their bets in Rhode Island casinos. The state projected that sports betting revenue would hit somewhere near $11.5 million but so far it has only collected $150,000 since the casinos launched sportsbooks in late November.

In addition, in February alone, casinos in Rhode Island lost nearly $900,000 on sports betting. After winning bets for professional sporting events – including the Super Bowl -- were paid out, the casinos came up short. Sports betting is regulated by the state lottery in Rhode Island.

That leaves Rhode Island with only $150,000 in revenue from sports betting over the course of the last 4 months. Originally, the state projected that this fiscal year, they would collect $11.5 million in revenues from the new market. The fiscal year ends June 30. The figures that the lottery released were based on sports bets that were placed at the Twin River Casinos in Tiverton and in Lincoln. Bettors placed approximately $20.7 million in wagers in February but the casinos paid out almost $21.6 million on the winning bets, leaving a bit more than $1 million in profits and $150,000 in revenue for the state. The state gets 51 percent of sports betting revenue after expenses.

Observers noted that the numbers were skewed by the fact that many football fans went to the casinos in January and early February to bet on the Super Bowl contenders New England Patriots.  Most Rhode Island fans bet on the region’s reps, the Patriots, and when the Patriots emerged victorious the casinos found that they were the winning payouts came out to be much more than the losing bets.

Rhode Island sportsbook operators and state officials are hoping that the launch of the mobile sports betting apps will help bolster the new industry. They look to other states that experienced rocky starts when launching legal sportsbooks to learn what to do and not to do.

In New Jersey, the on-site sportsbooks ended the month with a negative $6,000 in taxes but their online operation has brought in $1.7 million. Rhode Island is preparing to get their mobile app running in the hopes that mobile betting will prove to be more successful for them as well.

Other states with newly legal sports betting are also falling short of their revenue projections but, thus far, only Nevada and New Jersey are offering online sportsbook options. That gives Rhode Island hope that their model will turn out to be one of the successful ones.

Rhode Island Department of Revenue spokesman Paul Grimaldi said that meeting the original goal of $11.5 million in revenue for the state will be difficult. He admitted that the budget will probably need to be readjusted. “We’ll be better able to project revenue as we get more experience,” he said. “I think the people who set their budget gave their best estimates based on the information they had and what the consultants were telling them. In some ways, we’re learning a hard lesson.”

March Madness seems as though it will boost the numbers. To date gamblers have wagered more than $6.4 million on the NCAA Tournament games, bringing a projected $500,000 to the state from just the tournament’s first round.

Senate President Dominick Ruggerio is also optimistic now that online betting will be instituted. He said that the facilities are being prepared so that everyone who wants to wager will be accommodated. “It is doubtful that revenue figures will hold up to estimates, in large part due to a disappointing February, which was not unexpected due to the success of the Patriots,” he said. “With the NCAA basketball tournament in full swing, I anticipate that March numbers will be much better.”

In West Virginia bill H2934 which legalizes online casino gambling in the state became law. That means that West Virginia now has both sports betting and online wagering. It is now one of only 4 states in the country to feature both options.

Now, anyone within WV state lines aged 21 or more can play poker and other casino games online. Gamers can play from a computer or mobile device from any location within the state boundaries. It’s expected that, in addition to poker and slots, players will be able to play roulette and craps online and bet on sports via the online app.

Existing land-based WV casinos will be able to offer the online betting options. These casinos include the:

The state will collect $15 tax from online gambling revenue. In comparison with Pennsylvania where the state collects 54 percent on online slots and 36 percent taxes on sports betting, that’s nothing. But West Virginia, which is one of the 10 poorest states in the country, feels that it’s starting on the right foot. The casinos will pay additional fees to the state for licensing.

“Right now, online poker is illegal and it’s being done overseas and there are certainly some concerns there with the integrity of the games as well as making sure players are paid because it’s (currently) completely unregulated being offshore.” The bill to bring online sports betting to West Virginia was passed by a bi-partisan coalition of legislators.

According to the bill, West Virginia will be able to form a compact with other online gaming states. Everyone is waiting, however, for the Department of Justice to issue its opinion about whether the Wire Act allows cross-border gambling activity.

The opinion is causing operators concern. The Director of the West Virginia Lottery, the agency that will be authorized to regulate online gambling in West Virginia, is John Myers. Myers said “It’s kind of given everybody caution on how to move forward until we can get that resolved. We are doing everything we can to try and work through that. We’ve been working through our national organization to try and get some idea on how the DOJ decision is going to come down.”