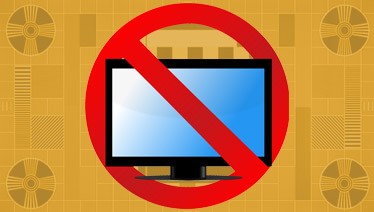 The Industry Group for Responsible Gambling (IGRG) has confirmed that a voluntary ban on TV gambling advertisements during live sporting events will go into effect this summer - that would include advertisements for our very own Grande Vegas Casino. The IGRG is a collective body for the UK’s five main gambling trade associations. This ban comes as a result of a number of recent changes to the IGRG’s self-imposed Gambling Industry Code for Socially Responsible Advertising.

“The code" is reviewed annually and is updated to meet the changing landscape of the UK gambling scene. This year’s changes to the code include a ban on betting advertisements during pre-watershed live sport and a whistle-to-whistle ban on all TV gambling.

The ban means that no advertisements during live sports events before 9 pm will be allowed. Broadcasts will not be able to show ads from five minutes before an event begins to five minutes after the game is over. The ban applies to online and mobile live-streamed sporting events as well as highlight shows and re-runs of sporting events aired before the event. Advertisements on stadiums’ electronic boards will not be affected.

The Gambling Industry Code for Socially Responsible Advertising, which regulates online casino and slots, has affirmed that gambling opportunities can’t be  advertised before the 9.00pm watershed. Greyhound and horse racing, however, are exempted from the restrictions due to their dependency on wagering.

John Haga, Chair of IGRG, said “We are announcing a ‘whistle to whistle’ ban on gambling advertising during all televised live sport before the watershed, with the exception of horseracing and greyhound racing. We believe that this is itself a watershed moment as we strive to provide the ever, safer gambling environment which gambling consumers and the wider public expect, and which is so important to the future success and sustainability of our industry.”

There are additional measures already embedded in the code including no gambling sponsorships on children’s merchandise and the requirement that all gambling adverts on television carry a responsible gambling message.

UK’s major betting operators such as Ladbrokes, Paddy Power Betfair and Bet365, have voluntarily agreed to adhere to the new measures. iGamingBusiness.com however reports that remote, offshore casinos have not agreed to these proposals.

The head of the UK Gambling Commission, Chief Executive Neil McArthur, said that he hopes that the gambling industry can work together to reach the IGRG’s goals of promoting responsible gambling. “Importantly, it also demonstrates the value of collaborating across companies and across sectors to make gambling fairer and safer, McArthur said. “I hope that this can be used as a model for future industry action to reduce and prevent harm.”

McArthur has called on gambling operators to work together in response to public concerns regarding gambling advertising. He described the announcement as “a significant step” and praised the industry which for its willingness to listen to customers’ concern.

Activists who had earlier called for gambling advertising ban now want online advertising to be the next focus. They have begun calls to require offshore casino operators to obtain new licenses for their businesses.

The move is being spearheaded by Deputy Leader of the Labour Party, Tom Watson and follows a UKGC investigation that some operators were failing to guarantee effective safeguard measures preventing money laundering and ensuring that customers were safe from gambling-related harm.

The regulator has demanded that 45 online casino operators submit action plans to remedy these issues. Watson, however, wants online operators who received a license after 2014 to reapply and be relicensed. Watson is questioning the close relationship that the remote gambling industry has to the sports industry. He noted that, in the UK, the offshore gambling industry pays approximately £120 million in sponsorship agreements to EPL football clubs. Watson maintains that offshore operators should not use their close ties with British sport as a marketing tool to  attract new customers.

At the same time, UK gamblers are facing new, rigorous ID and age checks that they must pass before they can bet money. The self-exclusion scheme will require bettors to document their name, address, date of birth and email address in order to be able to wager money online. The scheme, called “Gamstop” will require all gambling firms under their  to block gamblers that sign up to it.

The company created an ad that linked gambling to sexual success. The ad, which was placed on the dating app Tinder, read "Stuck in the friend zone? You won't be for much longer if you use this Cheltenham [horse racing] free bet offer."  The text was then followed by a link to download the William Hill app.

Within days the Advertising Standards Authority (ASA) wrote to the company, saying that,  according to advertising rules, gambling ads must not link betting to sexual success, “seduction”  or enhanced attractiveness". They told the company that the ad could not continue in its present form. According to the ASA, the ad “suggested that those who gambled would be more likely to develop a friendship into a sexual relationship and therefore linked gambling with sexual success" it said in its decision.

William Hill protested that what they had really meant was that customers who signed up would "enter into a relationship with William Hill". According to the company, the advert was supposed to relate to the nature of Tinder, the website on which they were advertising. William Hill asserted that it was not its intention to link gambling to sexual success. However, they agreed that the ad could be interpreted otherwise and took it down voluntarily.

Gambling opponents have said that they will continue to closely monitor the industry’s adverts.