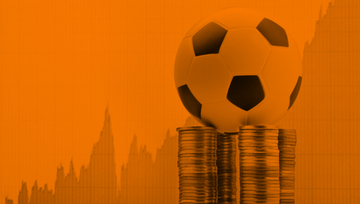 Where do companies that rely on sports betting do when the sports disappears overnight? They start to brainstorm on how to find alternative ways for sports fans to express their love of sports and how to expand existing sportbooks to cover those alternatives.

Patrick Eichner, director of communications for PointsBet USA which operates in Indiana, Iowa and New Jersey gives an example. In March, after March Madness was officially cancelled, “we ultimately launched a campaign dubbed ‘March Strangeness’ featuring daily educational videos, boosted odds and promotions for clients to highlight the perhaps more obscure or lower-level sports still ongoing.” Eichner explained how his team moved quickly to streamline the company’s portion of the regulatory process so that new Vegas casino online bets on new sporting events and leagues could be quickly added.

The company was shooting in the dark but one of those new betting options is already paying dividends. “Table tennis seems to be the popular choice for bettors in the COVID-19 sports world,” Eichner said. “Believe it or not, daily table tennis handle has been comparable to that of a golf major.”

There’s still some betting going on that relates to major sports.  PointsBet saw heavy activity for NFL Draft markets for 2020 and is now seeing similar activity for the 2020 NFL season player props. The PointsBet sportsbook is also experiencing brisk activity on MLB and NFL team-specific futures for the season that everyone still hopes will take place.

Baseball is another sport that is unfolding in new ways. The Korean Basketball Organization’s pre-season games were broadcast which game bettors the chance to continue placing wagers. The betting will continue now that the 10-team league’s regular season has kicked off.

Eichner serves as the primary spokesperson for PointsBet and he is focused on getting his message of inspiration across. One of Eichner’s pet projects involved spearheading efforts to  develop a cohesive strategy that would allow the company to handle pending futures wagers on postponed or canceled sporting events. The company created a comprehensive landing page to keep customers informed about PointsBet’s plans. The page also details new company offerings including prop bet offerings and enhanced futures.

Eichner is clear that everyone is hoping that the games will start again soon. But, he says, his company is focused on being adaptable. “As an operator, the answer right now is to simply control what we can control and put ourselves in the best position possible to be ready for the next opportunity,” Eichner said. “If the UFC, PGA and others are able to proceed as recent plans suggested, that’s great news and something we’ll be ready to capitalize on. If not, and schedules need to change, that is OK, also – we’ll be ready for whenever the time is right.”

The XFL, Vince McMahon’s new professional sports league, seems to have given up its dreams of opening up a new football league after its first five games were played. McMahon had pledged to fund the XFL League for three seasons at a minimum, so fans had no reason to think that things wouldn’t proceed as planned, despite the game cancellations.  But in April the league laid of all employees and filed for bankruptcy which destroyed all hopes of a revival.

The league’s demise is another source of changes in the sports betting scene. First of all, the spring pro football offered by XFL was more popular than last year’s Alliance of American Football (AAF). It brought in 20 times the handle of the 2019 AAF season. Secondly, the XFL pioneered an integrity program that pertained to all aspects of betting on its games via a partnership with Genius Sports. XFL was successful in gaining the upper hand in sports betting by providing viewers with plenty of graphics and commentary about over/under totals and point spreads during the pre-game commentaries and national broadcasts which appeared on ESPN, ABC and FOX.

Now that XFL is out of the picture, the remaining football competitions will likely copy much of what they learned from XFL’s short appearance.

Fantasy Sports has also had to reconfigure. The NFL and NBA lockouts of previous years gave sports betting sites some experience in weathering challenges. One veteran Fantasy Sports provider, RotoWire believes that the industry has the ability to get through the current state of affairs. Peter Schoenke, one of three RotoWire co-founders, says  “We had been preparing for potential systemic disruptions for the fantasy sports industry over the next few years, as the most important risk factor was in play — the major sports leagues’ labor agreements….. Our main focus has been to use the time wisely to work on projects and programming that can benefit us when sports resume.”

RotoWire is facilitating a number of fantasy sports activities that are still happening through different venues. Schoenke points out that “People are still drafting teams and playing fantasy sports and still need to analyze players.” The company delivers overviews of how the current game cancellations affect injured  MLB  and NBA stars, how a prominent prospect’s ascension to the majors might be affected by a shortened baseball season, etc.

NHL and NBA postseason play is not particularly pertinent to fantasy sports’ companies’ revenues but the NFL season, which everyone agrees is the most important season for sports betting, is several months away and all eyes are on September. Now everything else is staying steady as fantasy sports companies and customers focus in on the NFL Draft.

Geoff Reiss, the GM of Yahoo Sports at Verizon Media, says that "It’s a tough time for a lot of industries, including the sports world. At Yahoo Sports and Yahoo Fantasy we remain fully committed to serving our fans with the best user experiences, and I’m confident that the business we’ve built around fantasy and sports betting will withstand any challenges we are facing.”

In an optimistic note, Reiss said, “Yahoo Fantasy has been around for 20+ years and has a long future in front of it. “I’m proud of the work the team has been doing to further enhance the best fantasy experience in the industry.”

All fantasy sports providers admit that fantasy football is their most important product. They are already launching 2020 fantasy football products so, as Reiss says, fans can “ get started with the debates and conversations they love…..we see this as an opportunity to make our experience for fans even better,” Reiss said, “and we have a number of new features that we’ll be rolling out when sports resume.”