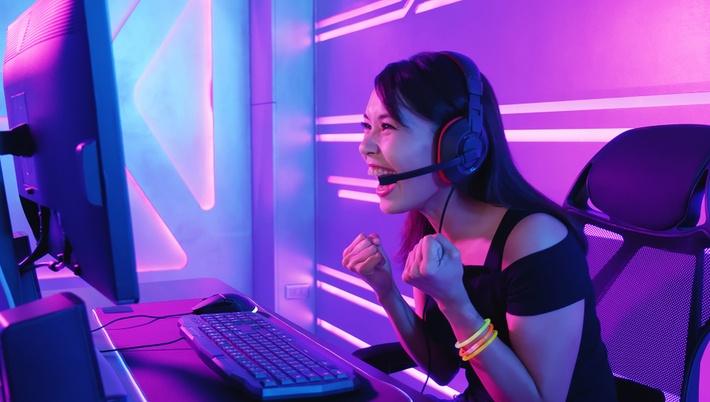 For years, parents who wanted to help their children get ahead in the world hired pedagogic tutors to help with school studies along with teachers for extra curricular activities such as music and art. Today, it’s gaming coaches who are in demand. Not for online casino play, but for all manner of video gaming online.  And, thanks to pandemic unemployment, there are plenty of those coaches to meet the need.

The new economic reality created by the COVID-19 pandemic has thrown millions of people into unemployment. Many of these individuals are highly-trained academics, artists and business people while others are manual laborers and workers in service-industries. One thing that many of these newly-unemployed have in common is that, in their spare time, they have become proficient video gamers. Now they are turning their hobby into cash.

Thousands of new coaches are making themselves available online. Many have previous experience in teaching while others are learning as they go along. What they all have in common is the fact that they have learned how to turn their skills into what today’s market is demanding.

As the pandemic eradicates millions of jobs worldwide, tech-savvy game enthusiasts have discovered that their skills and knowledge is useful as video game coaches. Video game coaches have been teaching the craft of video gaming for years but now, as people shelter in place and spend more time online, the demand for video game coaches is growing.

Video game coaches are called upon to teach players how to interact in team-based games like Overwatch and League of Legends  and how to move through the gameplay in a more strategic manner. Some of these coaches have won their own awards for past gaming competitions while others are relying on word-of-mouth.

The job is made more attractive due to its nature as a work-from-home opportunity. Some coaches work at the coaching part-time while they build up their reputations. Others have been able to parlay the coaching into full-time work. In addition to word-of-mouth, coaches promote themselves on platforms like Fiverr, ProGuides and Mixer. Average per-hour cost is $25 but the price can go up depending on the coach’s reputation and experience.

GamerCoach, a European gaming platform, reported that its sales have increased 60 percent since March. Joost van Dreunen, founder of New Breukelen, an investment and advisory firm specializing in video games commented, "Video game coaching already existed, of course, but the current pandemic has created the right conditions that facilitate it becoming more widespread. If everyone you know plays 'Super Smash Bros,' you're going to want to learn how to play, too. Spending a few hours with a coach to show you the ropes starts to make sense."

David Cole, the founder of researcher DFC Intelligence, said that, while exact figures are difficult to come by, the business of coaching video gamers via instructional videos, in person and via streaming likely exceeds $1 billion.

The main goal of these new coaches is to parlay their knowledge into a marketable commodity. Many have been able to turn what was once a side gig into a full-time job. One, Tyler Cunningham of Sacramento California, is only 21 years old but once he lost his job as a cashier and stock boy at a local pharmacy, he decided to give coaching a try. “Covid has undoubtedly brought in more customers,” Cunningham said. “As more competitive and casual players are stuck inside without skilled opponents to practice against, online coaching has become a very popular response to that problem."

Another comparatively young coach, Rio Spersch, says "It's awesome, I get to talk about video games and esports for some income."

Many of the coaches, even those who have previous experience in the field, are lowering their rates to accommodate customers’ financial situations.

Idris Piers, chief digital officer at GamerCoach said “Right now we are really seeing things change. We are seeing parents who are buying courses for themselves because they want to play with their children. There’s also parents who are looking for a new way to occupy their children. Video games are a very good way to do that because it’s not really expensive, and it’s online.”

Some gamers hire a coach to become more proficient at casual gaming but others seek to become competitors and want to improve their skills so that they can enter the esports sector. Ben Johnstone, a 20-year-old U.K. resident who is a full-time coach for Rainbow Six Siege said, “You’d be surprised how many clients come to me saying, ‘I want to go pro, I want to start streaming, I want to achieve the success you have."

Johnstone’s sales through Fiverr doubled between January and March. “There was one client where he worked in oil, and oil prices have dropped like a stone, and now he has a lot of time,” Johnstone continued. “A lot of people who were in these jobs are turning toward streaming services, because this is another way in which they can get revenue.”

Sites like YouTube and Twitch host streamers who focus on helping viewers get better at video games. They also report an increase in business. Martin Glaude produces beginner-level tutorials on Civilization VI and other similar games. He said that views on his channels are up and donations from viewers jumped 60%.

“Lots of people are expressing comfort in the continuity of my content as a welcome distraction during all of this,” said Glaude. “Quite a few of these are from people who have started working from home this past month and previously only rarely got a chance to catch the livestreams when they were actually live.”