New Virginia Casino On the Way? 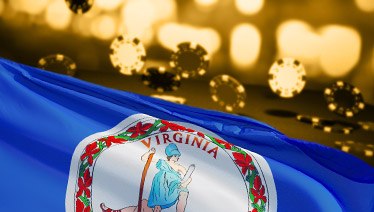 Pamunkey Tribal leaders are preparing to bring a Grande Vegas Casino to Virginia which they will operate as a luxury casino resort. The plans call for a 1,200 room hotel with a pool and restaurants and a large gaming floor with table games and slot machines.

The tribe is working with a financial investor. The partners have purchased 610 acres of land in New Kent County which is the tentative site of the resort. A spokesman for the tribe has said that the partners are continuing to look at other options as well.

The Pamunkey Indian tribe has a long history of interaction with the American government. The tribe is Virginia’s first federally recognized tribe and is one of 11 Virginian Indian tribes that is recognized by the state.

The Pamunkey have always adapted as a tribe and, as such, have been able to survive intact. They have maintained traditional ways and withstood pressure to give up their reservation lands.   They hope that the casino will give them the ability to adapt to the changing economy to add to their traditional sources of income which have historically focused on hunting and fishing. Ultimately, the Pamunkeys wish to create a resort that will bring jobs and tourism to their lands.

The land that the Pamunkeys have purchased for the casino is not located on their reservation lands. The tribe leaders decided to buy the 600 acres, located about 30 miles east of Richmond, because the land appeared on the market with a good price in an area where there could be a good flow of customers.

Chief Robert Gray, the tribe’s leader, said that the purchase happened a year ago. The purchase price was $3.05 million. Gray supported the purchase since the land is in a prime location, just off Interstate 64 near exit 205. Gray said that he advised that the Pamunkeys should “grab this before someone else does because it might prove as a viable location for a casino resort.”

According to a tribal spokesman, the casino would involve a $700 million development. Over a dozen restaurants would open in the complex along with a show venue and the hotel rooms and casino floor.

The Pamunkey reservation is about 12 miles away from the land purchase. The tribe presently has no capital or business ventures but are prepared to embark on the venture with their partner, Jon Yarbrough, who has a history of investing in and providing gaming machines to Indian casinos. Yet questions remain because of opposition from Richmond.

Gray said that the Pamunkey tribe envisions this and other land purchases to house tribal offices, a future health center and a museum celebrating the tribe. He said that the tribe wants to become more self-sufficient and they see the casino as a way to make that happen.

“Our young people need educational and job opportunities and our older tribe members need better access to health care and housing,” Gray said in a statement released earlier this week. “And this is not something we intend to wait five years for. For us, the future is now and we will make every effort and bring whatever resources are necessary to make it happen.”

Chief Gray said that the tribe would prefer to negotiate a gaming compact that would allow for Class III offerings – table games and card games plus slot machines.

Gambling is currently legal in Virginia but there are no casinos or racetracks – including tribal casinos – yet in the state. Presently Virginia hosts electronic kiosks in restaurants and bars where people can bet on Simulcast races along with a network of pari-mutuel betting sites. There’s also a state lottery.

Sen. L. Louise Lucas supports the Pamunkey’s efforts to open a Richmond-area casino and she said that she hopes the move might open the door for other casinos. Lucas has been at the forefront of the fight to get a casino opened in Hampton Roads but to date, none of the efforts have succeeded. She also wanted to set up a riverboat casino somewhere between Norfolk and Portsmouth (Senator Lucas is from Portsmouth) but she has been unsuccessful in getting a bill that would allow such a venture to pass the Virginia House.

Lucas and a number of her co-lawmakers in Virginia are also aiming to legalize sports betting in 2019 along with casino gambling.

The local community in Richmond has been less than enthusiastic about having a casino built near their city. If the Richmond plan doesn’t move forward the Pamunkeys have a second plan of action – they are setting their sights on building in the Norfolk area.

Norfolk residents are, by and large, in favor of the Pamunkey Tribe casino plans. According to Norfolk Mayor Kenneth Cooper, the city views the possibility of the Pamunkeys building a casino near their city positively.  Cooper released a statement that stated “Our city is welcoming, inclusive and has momentum created by years of strategic leadership and vision. The tribe’s decision validates Norfolk as an emerging destination for tourism in the mid-Atlantic, and the center for entertainment in Hampton Roads.”

The Pamunkeys have a connection to the Norfolk area which is located near the border of North Carolina. Gray said, however, that the process of building near Norfolk would be a bit more complicated than it would be to build near Richmond. Building outside of Norfolk would involve purchasing the land and placing the land in trust in order to comply with the Indian Gaming Regulatory Act. That process could take years to complete.