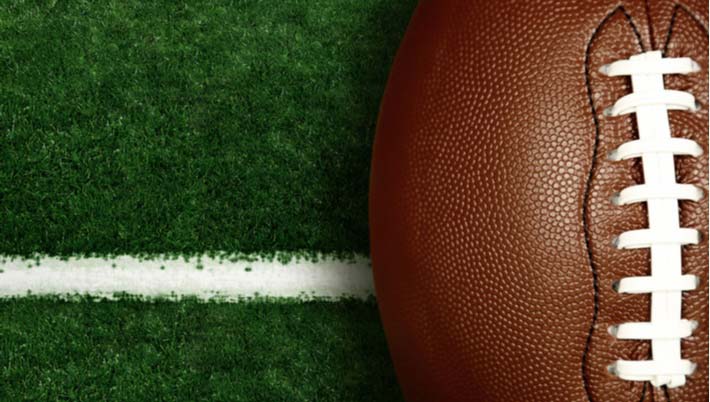 The NFL spring draft is heavily dependent on the year’s NCAA season. Pro football scouts, agents, teams, managers, coaches and everyone else involved in the process traditionally rely on the college football games to determine their upcoming draft. Complicated stuff - not nearly so easy as cashing in on no deposit bonus codes at your fav online casino, Grande Vegas.  This year, everything has been upended.

The NCAA football games are starting to get underway but no one knows how long the season will go or whether it will even finish. Star players may get sick, new players may be brought in to substitute, the number of games played may be altered and long-held assumptions are no longer valid.

How will what’s happening this NCAA season affect the NFL’s 2021 draft picks? The leagues, team officials, other players and sports fans and sports bettors are watching the situation with concern.

The coronavirus pandemic is dramatically altering the pre-draft process across the board. Big games, including those of MAC and Mountain West conferences and two of the Power Five conferences (Pac-12 and the Big Ten) have postponed their games until the spring. The Big 12 and the AAC are planning to play schedules that include a non-conference opponent while the SEC is planning to play only a 10-game conference schedule.

The American Athletic Conference and the Sun Belt Conference USA have altered their schedules and other schools who have set up a complete regular season are telling fans and sports bettors that they aren’t sure whether they will be able to complete all of their games.

All of these scenarios have far-reaching implications for the entire NFL draft structure. The next few months are a big question mark for everyone – from players and teams to the agents, the media, the all-star game circuit and everyone in between. All concerned are holding their breath to see how the NFL draft will adapt to these unprecedented circumstances.

Players are looking at hard decisions. The NCAA is giving all fall athletes an extra year of eligibility so, one way or another, seniors can complete their year, even if it’s a year late.  That means that some players can pass up the 2021 draft and play another college season which gives them more time to mature as players.

But for sophomores and juniors, the decisions are tougher – they must consider whether it’s worth it for them to declare early. That carries its own risks.

Penn State’s Jayson Oweh is one such player – by all accounts, he’s one of the most talented defensive ends in the conference but as a young player, he hasn’t had a chance to be a full-time starter yet and thus, doesn’t have a first-round tape to show.

Some agents are urging young players to delay turning pro until a clearer picture emerges. Priority Sports’ Mike McCartney said “There’s no rush here. I don’t  believe that training for the combine, away from your teammates and your college, for however many months―seven or eight―who knows how long, makes any sense.”

It’s better, says McCartney, to stay in school and continue training which allows the college players to take advantage of the infrastructures that are in place – including COVID-19 testing protocols.

Some conferences are talking about returning to play in late fall or early winter but everyone knows that that could change with the wind. An accelerated spring schedule that would wrap up in mid-March is another possibility but that would throw a wrench into the NFL spring draft which traditionally counts on a January Senior Bowl and a February NFL combine.

Currently, the NFL is prepared to move the draft back to as late as June 2 but that might not be enough.

The changes in the draft schedule have had an impact on the training. The alterations change how agents select and support clients. Normally agents bankroll their clients’ pre-draft training regimen (training, meals, etc) for three to four months but some agencies are now doing that for more than 8 months.

“We’re hearing rumblings throughout the country that a couple of agents are really stepping up with big per diems,” said McCartney, “to train guys throughout the fall as well as the spring.”

The pre-draft circuit is also unclear. Typically, all star games start in January and pro days are held in March and early April. Changes in 2021 mean that the Senior Bowl might have to pick of some of the slack.

Such a scenario would include field drills and conditioning such as usually take place at the combine, a few days of practice in shells and shorts and an extra week of play with a few practices in full pads together with offensive install and scrimmages.

“We’re definitely leaning more towards having an extended week right now,” Senior Bowl director and former longtime NFL scout Jim Nagy confided. “That would give the teams that much more of an on-field evaluation” as well as an “extra week to be around these players and observe and interview, and it gives the players another week to put their best foot forward and connect with these scouts and the decision-makers.”

Scouts have been thrown for a loop this year. For many of the players, there are none of the tapes that snap draft-eligible players typically take. That means that scouts and other decision-makers must lean on other methods to collect information. How to properly synthesize that data presents a unique challenge in this environment.

Coaches are playing an important part in this evaluation process. The coaches know their players inside and out including their characters and their work habits. Coaches can tell NFL scouts the kind of information that the team needs to know above and beyond how the player performs on the field.

The scouts’ reconnaissance missions will look different this year with scout-coach zoom calls and other social distancing methods of gathering information. But, notes Nagy, what’s missing are the relationships that come from a one-on-one setting.

“Scouts are going to be working phones a bunch over the next few months. These Zoom calls are great … and some of these coaches have been really forthcoming....You’re probably gonna get something different from a position coach, if you were in a building and you knocked on his door in the middle of the day, shut the door behind you, and sat down to ask him about a player. Say it’s a position coach you’ve known for 15 years, and you have longstanding trust built; I think he’d be more open in that setting than he would be on the call.”

McCartney agrees. “You’re missing out bumping into a coach or somebody in the building either on the way to practice or in the hallway and getting that one little nugget that not everybody else gets,” he said. “The younger scouts are going to have to really hustle to try and get guys on the phone to paint the full picture of who the player is.”

Ascending quarterbacks are likely to be affected by a lost season since they are the positions most likely to demonstrate breakout play in their final seasons. Some players are shoe-ins for the draft but for others, without that final season, they don’t have the chance to improve their standing.

The most troubling concern is the lack of the 2020 film. That’s going to make it harder than ever to evaluate the draft hopefuls. Scouts will be looking at previous years when the players were smaller and didn’t have the strength that they have today. Whereas the last year’s tapes should be the foundation for the decisions, they now become the main evaluation – the core of the player’s report. Some talent will overcome these limitations but unfortunately, some will not.