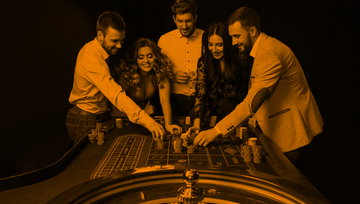 Everyone knows about no deposit bonus codes for poker tournaments but roulette tournaments are not as much in the public eye.  Yet every year, thousands of people flock to such tournaments to test their betting skill and their luck on the “Little Wheel.” Roulette tournaments can be found at land-based casinos and enjoy quite a following and are becoming more popular, especially among young players.

If roulette is your preferred game, check out the options for playing a roulette tournament.

Experienced players don’t rely only on luck when playing a tournament. They try to find a strategy and stick to it to so that they can demonstrate the superiority of their chosen method.

Roulette pros generally attempt to utilize one or more advanced playing strategies when playing regular games. And while roulette tournaments emphasize competition between participants, regular roulette games are played against the casino.

In regular games of roulette, when the play is against the house, the objective should be to achieve a payout on every round so at the end of the session, the gains override the losses. It’s also possible that the player strives to achieve a positive balance in comparison with the amount invested.  These games are also found online like here at Grande Vegas.

But back to land based tourneys....when participating in a tournament the strategy needs to change. Every roulette tournament is comprised of a predetermined number of rounds. Every participant is provided with a stack of chips and needs to conform to predetermined spin limits or time. The ultimate objective of a player in a tournament involves amassing as many chips as possible during every round. At the end of the event, the participating player aims to be in possession of the greatest stack of chips.

Obviously when playing at an on-site tourney, you need to sign up for a particular event by checking a list of all tournaments in the casino’s tournament lobby. Then you choose your preferred event. Some of the events require a significant buy-in while others are inexpensive to join – budget often determines which event the player will choose.

Generally, before the tournament begins, all participating players are provided with the same amount of chips.  During the tournament play, no one can cash in his/her chips. Sometimes there may be different buy-in fees to enter the tournament and then the value of chips that you receive will correspond to your buy-in fee – in that instance, everyone can freely decide when to stop playing and cash his/her chips at any stage of the event.

Some casino tournaments feature a number of rounds and players who qualify on top positions during the prior round are eligible to advance to the next round. In that type of tournament, a few players will manage to reach the tournament final. Other casinos organize the tournament that keeps all players competing for several rounds but only the top qualifiers participate in the final round.

Everyone has a pre-determined amount of playing time in every round. This is to avoid an uneven basis so no participant has a longer time to play than anyone else so no one can accumulate a larger amount of chips.

Players have access to a leader board that allows them to keep track of their ranking in the tournament. In some casinos the board is featured on the casino’s website.

How does it Work?

Some land-based casinos feature online tournaments have the advantage of being able to accept players from around the world and include a very large number of participants.  Such an event may last for a week or even more and participants play once a week or one or two times each week for a month.

In a roulette tournament, to accumulate the largest amount of chips, you must use a variety of bet sizes and bet types at key stages. When creating a strategy for the tournament, a key moment in the tournament involves tracking the chip count of other participants on each ball spin. When you know what your chips look like compared to those of other contenders you’ll know what bet sizes to use.

For instance, if you have a lead, it may be more logical to continue with small wagers and force the competition to put up larger sums of money to shorten the distance between you. Alternately, if you fall behind in your chips, it could be worth your while to bet as much as you can afford from the pre-set number of chips given to you at the beginning of the tourney.

Some experts say that in order to take a lead in the tournament you’ll need to concentrate your efforts on outside bets (combinations of even/odd numbers, column bets, dozens and colors).  Others say that you should place a number of large-sized inside bets and hope that one of them will come out the winner.

The type of bet used depends on the game’s structure. If the tournament includes a predetermined number of spins in every round you’ll likely feel the pressure to bet aggressively. If the tournament features a certain time limit and you can participate in as few or as many ball spins as you want, you might want to use a more conservative approach.

Pros say that roulette tournament winners need to use a strategic approach as opposed to luck. This allows them to be flexible and more easily adapt to changes as they attempt to outmaneuver competitors. Roulette may be mostly a game of chance but with skill-based moves and savvy decision-making you can come out a winner.