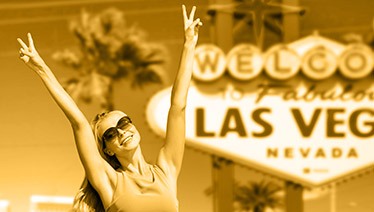 Vegas casino operators were pleased with the November 2018 stats which, like the October numbers, show cause for hope. Many of the most important indicators are up and analysts are cautiously optimistic that the summer 2018 slowdown is just a bad memory.

The latest reports will, in the short term, likely boost investor confidence in the largest of the Las Vegas-based casino operators. The reports show continued consumer confidence in the big casino companies. Coupled with domestic expansion, that information makes these companies attractive to investors and stockholders alike.

Nevada saw a tumultuous 2018 for its gaming industry. The Las Vegas Strip, where most of the big operators (Las Vegas Sands, Penn National, MGM Resorts International,  Caesars Entertainment and Wynn Resorts) are located, has been on a rollercoaster. In January 2018 the total Las Vegas Strip casino win was down. From February to June, revenue went up only to decline again for the months of July, August, and September.

By October however, a turnaround was evident. Strip properties posted more than 12 percent in increased gaming win. Some observers suggested that that increase could be attributed to the usual seasonal pattern but other analysts, say that, when examining the numbers more deeply, it’s clear that October 2018 was a strong month on its own merits.

To bolster their analysis they point to the fact that statewide, total revenue for November 2018 passed $1 billion for the first November since 2007. The slot handle (total amount bet), which is generally regarded as a good marker in determining the broad demand for retail gaming, was higher than it has been in a decade. Game handle rose as well, even though it didn’t reach the heights of the pre-2013 baccarat boom years.

Since the 2008 recession, the casino market has been less than consistent in its revenue patterns. Some observers thought that October was an anomaly but the November numbers stayed high and indicated that Vegas is, once again, on a roll.

November was a high-stakes month for the industry. There had been some speculation that Vegas had hit a wall this summer and questions were being asked about whether the city’s major casinos had made a mistake by turning their focus to high-end international baccarat players as a strategy to help them weather the 2008 recession.

Now, thanks to the Chinese government’s crackdown on corruption which is slowing the flow of wealth out of the People’s Republic, the Vegas casino resorts are courting non-VIP visitors with a greater selection of dining, drinking and entertainment options. The investment is proving successful as the numbers rise.

Spokespersons for the major casinos say that they were not worried, even when several months of lower figures were released. They note that, from the start, autumn bookings were strong so it was clear that the summer dip wasn’t the start of a sustained downward trend. The October stats supported that narrative and now, the November numbers vindicate it. November ’18 is the best November since the pre-recession days and while revenues have still not eclipsed their pre-recession highs, they are strong.

One interesting number involves slot handle which was notably up in November, similar to October. That’s a sign, observers say, that the Strip’s strategy of offering more non-gaming -- albeit higher-priced -- options to visitors is paying off by pulling up gaming numbers.

Casinos on Las Vegas Boulevard also showed positive numbers for November 2018. They combined to post a double-digit increase over November 2017. The increase was driven by a 53 percent increase in baccarat revenue as well as by strong slot play. The baccarat handle, which was up nearly 26 percent, was viewed as a proxy for all high-end play which is to be partially attributed to fluctuations in hold percentage.

Now, if Strip casinos can stabilize and grow both their high-end gaming and mass segments simultaneously, the increasing range of non-gaming amenities will be complemented by solid gaming results.

Nevada casinos had originally feared that the spread of sports betting to other states would hurt their own sportsbooks but whether or not this is the case is still up in the air.

In November, Nevada books broke the record for total amount wagered. The past quarter shows that Nevada sports betting revenue has increased by an impressive 32 percent.

Analysts conclude that, as of now, the availability of sports wagering in other states is not impacting Nevada sportsbooks negatively and is, in fact, apparently having a positive impact on Nevada sports wagering handle in revenues. This is the conclusion for the short term, anyway. If, and when, sports betting becomes legal in Nevada’s neighboring states including California and Arizona, the story may change.

Some observers have noted that the Vegas hotels might have shot themselves in the foot by instituting parking fees along the Strip. Old-timers, who had come to see free parking as an amenity to which they had become accustomed, were outraged when they found out that the casinos were nickel-and-diming them with parking fees. Many veteran Vegas consumers said that they were taking their business elsewhere.

The fees demonstrated an attempt by the casinos to recoup some of the losses suffered during down-times. They are hotly resented and it’s questionable as to whether it’s in the casinos’ long-term interests to maintain them. Wynn Resorts has already rolled back the parking fees for their customers and analysts say that they wouldn’t be surprised to see other casinos follow suit.

In short, November 2018 was a positive month for the Vegas casino industry. Casino CEOs and other officials say that their predictions for a strong fourth quarter comeback have come true. With visitation increasing, the city is on track for a healthy 2019.