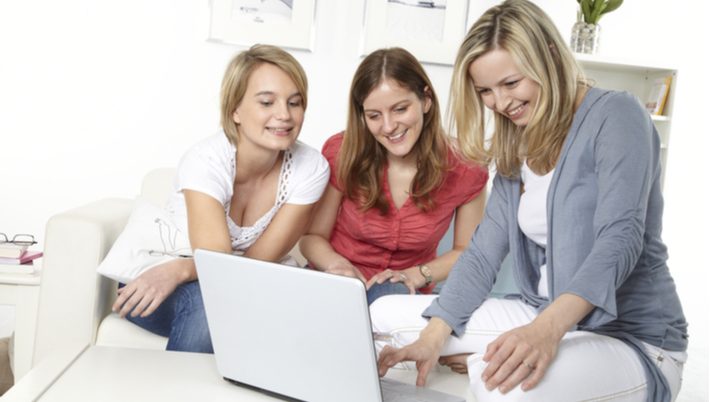 Across all key gambling markets, women are leveling the playing field. The number of women who are playing online casino and video games is especially noticeable in Asia where numbers grew by more than 19% percent in 2019 and are expected to continue to show increases in the coming years.

Asia is regarded as the global capital of video games. Asian players account for 48% of the world's total gaming revenue and now women are showing themselves to be a huge catalyst for that growth. Female games now account for 38% of the Asian gaming population which is estimated to number 1.33 billion.

Google is targeting this population and has done extensive research on Asian gamers. In conjunction with Niko Partners market researchers, Google’s research has found that the largest percentages of female gamers are in China (45%) and Japan, South Korea and Asia where the number is approximately 40%.

Much of the increase is being credited to the increasing availability and access to mobile gaming. Matt Brocklehurst, head of apps, partnerships and platform marketing for Google Asia Pacific explained that “More and more female gamers are drawn to the fun, flexibility and freedom that mobile gaming affords. This is especially the case in Asia, where mobiles are the primary internet-enabled device for many people.”

The rise of esports also accounts for the lure of gaming to females. A good esports player can earn tens of thousands of dollars a year and many women in Asia believe that joining the world of esports will give them opportunities that they wouldn’t enjoy elsewhere.

In the last few years top female e-sport players have earned more than $20 million thanks to prize money, sponsorships and endorsements. Many have made names for themselves as influencers in the world of esports through online live-streaming games and tournaments.

Entire teams and leagues made up of female gamers are flourishing in Asia. They are impacting the world stage and their success draws other women into the gaming action. A Female Esports League has begun to operate a regional gaming circuit with the goal of helping to boost female representation in esports.

They are now being supported by mobile communications firm Singtel. Singtel’s Head of Marketing Cindy Tan explained her company’s goal in supporting the league. "We aim to raise the visibility of female gamers and support their professional growth as part of our efforts to create a more inclusive environment, and enable everyone to come together and pursue their passion for gaming."

Live Stream has impacted the growth of female gaming. Across the board, more gamers are live streaming but the move towards live streaming seems to be quicker among women players. Ex-professional gamer Reia Ayunan comments that "while there are some leagues working towards equality in the pro scene, society still assumes that women/girls don't like playing video games, therefore we're not the target demographic of the gaming industry."

The move towards live streaming is one way that that assumption may be shown to have turned on its head. Ayunan is now producing gaming content which is targeted at female players.

Valerie Ong, a student who plays up to seven hours a day who saw the gap first hand after she attended a tournament to watch her friend compete. "It was a real eye-opener as it was heavily male-dominated and my friend was actually the only girl that competed. It was really cool and inspirational to watch her play as she could outplay many of her opponents and actually carried her team in many matches."

There is also a dark side to the rise of females gamers. Online harassment is constant. Ayunan remembers being a victim of sexual harassment and even being turned into a meme. “Once you go public and you get noticed there will always be people hating on you, finding faults and mistakes. The gaming community can be very toxic," she said.

Women around the world have begun speaking out about the gender-based discrimination and harassment in stories posted throughout social media and in the mainstream media. Gamers, streamers and others talk about the frustrations and even fear that they experience as they compete in tournaments and live-stream their content. There’s sexism, allegations of abuse, bullying and more.

Gaming, at least in reputation, is still a male-dominated industry and females are dealing with live nonconsensual touching and propositioning as well as online harassment in attacks that have even included death threats. Currently, the complainers are mostly complaining via their streamer handles because in the past, those who have identified themselves have been subjected to hacking, doxxing and further harassment.

It’s not only fellow gamers who are complicit in the harassment, women players say. Harassers include talent managers, game developers, talent managers and other industry insiders.

With the strength of the #MeToo movement gaining attention and support, the gaming community is hopeful that it too will now start to see sexual harassment addressed.