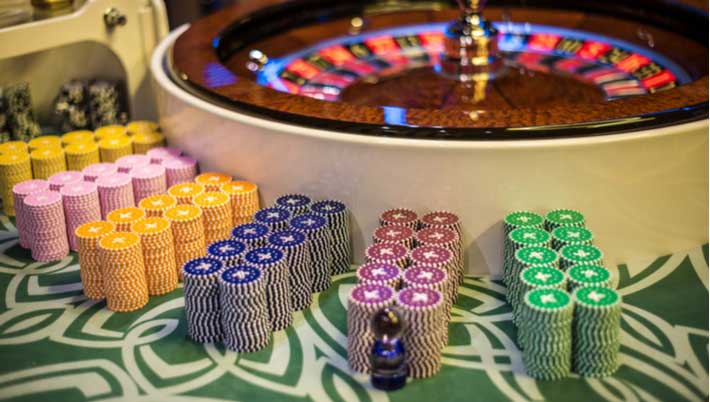 After a federal court ruled that Oklahoma tribes do not need to renegotiate their tribal gaming compacts in order to continue to run their casinos, Gov. Kevin Stitt said that he was accepting the ruling and would not pursue the legal battle further while the tribes will not challenge Oklahoma’s new online casinos live horse racing and online casino electronic gaming.

Stitt has been trying to renegotiate his state’s tribal gaming pacts for the past year. As part of he attempts, he threatened the tribes with casino closures if they would not meet his renegotiation demands.  The tribes objected, saying that they were willing to talk but were not prepared to negotiate  while threats were hanging over their heads. When Stitt tried to bring commercial casinos into the state to compete with the tribes – a violation of the existing compacts – the tribes filed suit in federal court.

Last month the court ruled that the compacts automatically renewed on January 1, 2020 at the previous agreed-upon terms. Stitt has stated that he will not appeal the ruling. That leaves the tribes free to continue to operate their casinos at the terms agreed upon in the original compacts.

The battle started last year when Stitt said that he wanted to renegotiate the compacts. The compacts needed to be renegotiated because, Stitt said, the gaming tribes in other states pay significantly more in taxes on their casinos’ revenues than do Oklahoma’s gaming tribes. There are twelve Oklahoma tribes who have compacts with the state – those compacts give them authority to operate Class III gaming – slot machines and table games.

Stitt threatened the tribes that, if they didn’t renegotiate the compacts and agree to increase the percentage of taxes that they pay they could lose their exclusivity to operate casinos in the state. Stitt had already started to discuss opportunities to open Oklahoma casinos with other casino operators and the state’s gaming tribes were furious at, what they saw, as a clear violation of the tribes/state relationship.

The issue of tribe-state compacts is a complicated one. Michael T. Gibson, Professor of Law at Oklahoma City University, describes the compacts as a “binding agreement  between two or more parties, whether those parties be ordinary people, businesses, nonprofits, etc. A compact is a contract that is between two or more states, or a contract between a state and a tribal nation. So a compact is a type of contract; a contract can be, but is not necessarily a compact."

The concept of tribal-state compacts as related to casinos was set out in Section 3A of the Indian Gaming Regulatory Act of 1988. The Act states that if a tribe wants to offer Class III gaming they must negotiate a compact with the relevant state. The states must negotiation with the tribes “in good faith.” Ultimately, it’s the federal government that has the final authority over the tribes and in cases of state-tribe disputes, only a federal court can intervene.

Tribal-state compacts establish the rules that will govern the tribe’s gaming activities.  Of Oklahoma’s 38 federally-recognized tribes, 35 tribes have compacts with the state and they operate approximately 130 gaming venues around the state. Oklahoma’s gaming tribes include the Cherokee Nation of Oklahoma, the Chickasaw Nation, the Choctow Nation, the Apache Tribe and the Ponca tribe.

Stitt wanted the tribes to agree to increase the percentage of gaming exclusivity fees. Currently the tribes pay up to 10% in fees on table games and between 4% to 6% in fees on slot machines. Stitt said that tribal compacts in other states call for gaming exclusivity fees of between 20% to 25%. A GAO analysis, conducted in 2015, reported that there are currently 276 compacts nationwide. Of those, 107 compacts pay zero percent in fees, 100 compacts pay 10% to 14.9% in revenue sharing 22 compacts of the compacts call for the tribes to pay fees of between 15% to 25%.

The tribes were angered at Stitt’s charge that they don’t pay their fair share. They pointed out that, in other jurisdictions, the state government pays for many of the tribe members’ needs and for infrastructure on the land while in Oklahoma, the money for those expenses comes out of the tribes’ income from the casinos.

The tribes’ lawsuit was filed in January by five of the state’s gaming tribes. They demanded that Stitt acknowledge that the compacts automatically renew and that any negotiations will be done in good faith.

Last month U.S. District Judge Timothy DeGiusti issued his ruling. He agreed with the tribes, saying that the state’s main argument in trying to renegotiate the compacts was invalid. The tribes can continue to operate their casinos under the old compacts which, Degiusti said, were automatically renewed when the state licensed other operators to take bets on live horse racing and electronic gaming.

The disagreement created a great deal of animosity between the state and the tribes but now, especially in the era when the two entities must cooperate more than ever to combat the pandemic and its economic fallout, everyone is hoping that a repair can begin.

The Oklahoman quoted Principal Chief of the Cherokee Nation Chuck Hoskin, Jr. who said, "One of the most divisive, wasteful and pointless disputes between the tribes in Oklahoma and the Office of Oklahoma Governor is now over. Much has been lost. State and tribal funds expended over Governor Stitt's misreading of the plain and simple language of the state's tribal gaming compacts are only part of the loss. The greater loss is the erosion of goodwill, built upon a bipartisan basis over successive Oklahoma governors over decades. The damage is immeasurable, but we can all move forward."