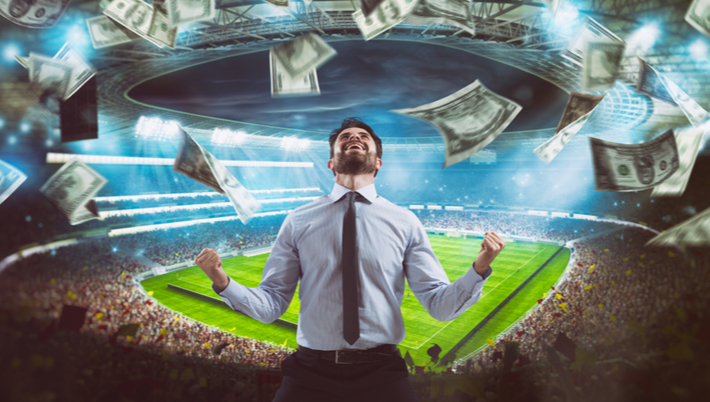 Oklahoma is home to 143 gaming centers and casinos so the idea of introducing sports betting to the state shouldn’t be surprising. The land-based casinos are run by 33 different native American tribes who offer Class III Vegas-style gambling at travel plazas, smoke shops and Class II no-banker electronic gaming venues across the state. Now the tribes are preparing to accept responsibility for running sportsbbooks in the state which will add in-person sports betting to the menu of offerings.

Following a prolonged fight with the governor that saw the tribes successfully defend their status as exclusive gambling operators for the state, the tribes seem on the cusp of being given the right to operate the potential multi-million dollar industry with the promise of online casino games and sports betting in the future.

Earlier this month the House of Appropriations and the Budget Committee of the Oklahoma Legislature passed a bill by Rep. Ken Luttell to add in-person sports betting to the tribe-state gaming compact. The vote was 28-3, indicating that chances are good that it will complete its route through the House and Senate floors before going to Gov. Kevin Stitt for his signature.

Stitt’s battle with the tribes over their compacts with the state may make him less willing to cooperate. Yet the tribes’ recent record-setting exclusivity  payment to the state of $167 million for 2021 may make it hard to ignore the potential that legalized sports betting could have for the state.

Lutrell’s House Bill 3008 would see the state receive 10% of monthly net win from the state’s sportsbooks. According to Lutrell, in-person sports betting could generate $240 million in tax revenue. Luttrell is a member of the Cherokee tribe, one of Oklahoma’s biggest gaming tribes. “"I have had conversations with our gaming tribes during the interim to gauge their interest on this topic," Luttrell said. "I feel the time is right for Oklahoma to partner with the tribes and ensure a level, competitive gaming playing field with the surrounding states."

According to Luttrell, there are currently 30 states with legal sports betting and another 15 that are considering it for 2022. "Illegal sports betting occurs throughout Oklahoma, and figures I obtained from the Oklahoma State Bureau of Investigation (OSBI) show 11 offenses recently with tens of thousands of dollars seized," said Lutrell. "This reflects only a fraction of what actually occurs in our state. The Oxford Economics Group estimates that legal sports betting would generate $240 million in revenue for Oklahoma and create over 3000 direct and indirect jobs. This legislation just makes sense."

Lutrell notes that neighboring states, including Arkansas and Kansas, have either legalized sports betting in their jurisdictions or or are working on legalization and if Oklahoma wants to maintain its edge in the gambling industry in the area, it must move forward.

Opening a sportsbook in a casino or other gambling venue isn’t without its risks and the tribes know it. According to Matthew Morgan, chairman of the Oklahoma Indian Gaming Commission, tribes should make sure that introducing sports betting to their casino would make “economic sense” because there are still plenty of risks in doing so.

Oklahoma’s compacts with its gaming tribes states that only tribal governments can operate casinos on their native lands. Adding a sportsbook to a casino doesn’t translate to endless revenue or to a wide margin of profitability. According to an Associated Press study, a state’s sports betting industry rarely hits its projections.

Lutell, however, is still optimistic about the bill. “Illegal sports betting occurs throughout Oklahoma, and figures I obtained from the Oklahoma State Bureau of Investigation show 11 offenses recently with tens of thousands of dollars seized,” Luttrell said. “This reflects only a fraction of what actually occurs in our state. The Oxford Economics Group estimates that legal sports betting would generate $240 million in revenue for Oklahoma and create over 3000 direct and indirect jobs. This legislation just makes sense."

The question regarding expanding the tribal casinos’ reach in Oklahoma comes as a two-year fight between the Oklahoma gaming tribes and the governor comes to a close. After the existing gaming tribes pushed back against Stitt’s efforts to increase the amount of money that the tribes were obliged to pay to the state in return for their rights to exclusivity in running the casinos in the state.

As part of his tactics to pressure the gaming tribes to comply with his expectation of a higher rate of payment, Stitt negotiated separate compacts with four new tribes, the Otoe-Missouria, the Comanche, the Kialegee and the Keetoowah Band of the Cherokees. All four of those compacts were tossed out by the Oklahoma Supreme Court which ruled that Stitt over-stepped the bounds of his authority in negotiating those new agreements.

The Court wrote that, “Without proper approval by the Joint Committee, the new tribal gaming compacts are invalid under Oklahoma law.”

In a separate case, a federal judge ruled that Stitt could not demand that the tribes renegotiate their compacts after the first compacts expired after the original 15 years. The judge agreed with the tribes that the compacts automatically renew.

The overwhelming support of the gaming tribes backed Stitt into a corner. So even though he may not be enthusiastic about giving sports betting rights to the casinos’ tribal operators, with his own party pushing for the expansion, he may have no choice.