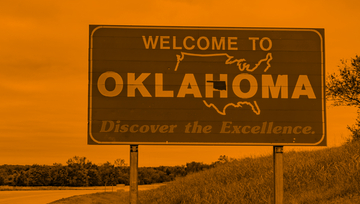 Native American tribes in Oklahoma are some of the most active Vegas casino gambling tribes in the United States. They have come in conflict with authorities in the past but two new cases have observers around the country sitting up and taking notice.

New Case to Be Heard Before SCOTUS

The United States Supreme Court has agreed to take up a case that could, potentially, have major repercussions on tribal gaming in eastern Oklahoma.  The case centers on whether or not the Creek Nation’s historic territory will be recognized as its modern reservation.

If SCOTUS agrees that the new boundaries are to be drawn it would create the largest tribal reservation in America, significantly increase gaming throughout eastern Oklahoma and trigger a “seismic shift in criminal and civil jurisdiction.”

The area under discussion houses 1.8 million people and includes the Tulsa metropolitan area.

The question revolves around the issue of whether the State of Oklahoma ever disestablished the Muscogee (Creek) Nation’s historic reservation. The Creeks currently operate nine casinos on their sovereign territory. The first reservation was created in 1866 by a treaty with the federal government, and included the Tulsa, Creek, Okmulgee, McIntosh, Hughes, Okfuskee, Muskogee and Wagoner counties.

The case follows two earlier cases in which members of the tribe were convicted by the state of Oklahoma, one for murder and one for rape, and sentenced by state courts. The question was then raised of whether the state was within its rights to try the men or whether they should have been tried by tribal courts.

As part of that incident, SCOTUS was asked to decide whether the state did indeed disestablish the Muscogee reservation. If the state had, in fact, disestablished the reservation, the region and its citizens would not be regulated by the state but rather by the Creek Nation. The convicted mens’ lawyers argued that crimes involving a tribal member as a perpetrator or victim could only be tried by federal or tribal governments.

A number of other tribes could also be affected by the ruling. They include the Seminole, Cherokee, Chickasaw and Choctaw tribes, whose historic homelands covered most of eastern Oklahoma. In the earlier case SCOTUS tied 4-4 after Justice Neil Gorsuch recused himself. Gorsuch had previously presided over the 10th Circuit Court of Appeals which is the jurisdiction from which the case was referred.

The new case, which is to be heard by the Supreme Court sometime this year, asks the same question – whether the Muscogee reservation was disestablished by the state. The implications are deep. If the historic areas are, in fact, modern reservations, tribal governments should have complete freedom from state government interference.

Previously the state had argued that by the time Oklahoma became a state in 1907 the Nation’s authority had already been eroded by the federal government.  The federal General Allotment Act of 1887 split the reservation into 160-acre plots. Those plots were redistributed among tribal members. In 1898 the tribes was stripped of almost all its sovereign powers by the Curtis Act.

According to Lisa Blatt, who argued the case for the State of Oklahoma, while the reservation was never officially disestablished, it was essentially “dissolved” when the state of Oklahoma, which incorporated a good percentage of these tribal lands,  was formed. Recognizing historic territories as modern reservations would create judicial and economic chaos in the region, said Blatt.

For gaming tribes, it would mean more ability to operate with less interference from the state.

Meanwhile, Oklahoma’s Governor Stitt’s threat to shut down tribal casinos unless the tribes renegotiated their compacts with the state is being watched warily by the tribes and state officials alike. Stitt insisted that the tribes begin negotiations by January 1st 2020 or lose the right to operate their casinos. Tribal leaders made it clear that they are prepared to negotiate but on principle they said that there would be no talks unless Stitt withdraws his deadline.

There are more than 100 tribal casinos in Oklahoma and all of them continued to operate after the New Year, even though their 15-year compacts with the state expired on December 31. Stitt says that it’s illegal for the tribes to continue to offer class III gaming but the tribes aren’t prepared to give in to the pressure. In fact, December 31, 2019/January 1, 2020 was the busiest night of the year for almost all of the casinos in the state and they continued to work at full capacity.

Muscogee Principal Chief James Floyd said  “Today, on Jan. 1, we continue to honor our commitments to our employees, to our citizens, to our guests, and to the State of Oklahoma by ensuring our operations continue as usual and without disruption.”

Cherokee, Chickasaw, and Choctaw nations responded to the deadline with a suit which was filed federal court. The tribes are asking a federal judge to weigh in on the nature of their compacts.

The tribes say that when they negotiated the compacts with the previous administration, the intent on both sides was that the compacts would auto-renew on expiration. Stitt disagrees and says that the tribes must renegotiate. He wants the tribes to pay more money in the form of revenue sharing payments.

Currently the tribes pay four to six percent on slot revenue and ten percent on table games. The state reaped approximately $138.6 million last year but Stitt says that tribes in other states pay much more in revenue sharing payments -- 20 to 25 percent – and he wants the tribes to pay that in Oklahoma as well.

Stitt has offered the tribes an extension agreement which would enable them to continue offering class III games for eight more months until the compacts are renegotiated. The offer was rejected by most tribes because they believe their operations continue to be legal. Two tribes however, the United Keetoowah Band of Cherokee Indians and the Kialegee Tribal Town have signed new compacts with the state and agreed to a revenue sharing increase.

Legally, Stitt would have a hard time shutting down the tribal casinos.  But he has threatened to invite commercial casino operators into Oklahoma and notes that several have already expressed interest. This would create serious competition for the tribal casinos.

Stitt’s Secretary of Native American Affairs, former Republican State Rep. Lisa Billy who is herself a member of the Chicksaw Nation, has already resigned over the controversy. She says that Stitt is creating “unnecessary conflict” with the tribes. “You have dismissed advice and facts that show the peril of your chosen approach and have remained intent on breaking faith with the Tribes……..Your actions have shown that my continuing in service on your cabinet is unnecessary to you and impossible for me.”

Stitt himself is a member of the Cherokee Nation.