One Year After Culinary Union Strike, Union Has No Agreement With Vegas Palms 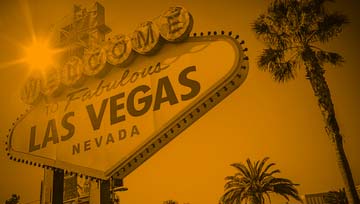 One of the pure pleasures of online casino gaming at Grande Vegas is the total lack of problems like Las Vegas is experiencing now - where the Las Vegas culinary union is facing off with the Las Vegas Palms hotel.

Last year’s Culinary Workers Union negotiations with Las Vegas casinos resulted in new signed agreements between CWU and most of the city’s operators. The Las Vegas Palms has yet to sign a new contract for its bartenders and servers which may lead to a strike in the coming weeks.

In May, the Culinary Union authorized a strike of Las Vegas land-based casino sites, but a walkout was averted when the majority of the city’s casinos signed contracts with the union. The union represents workers at 34 Las Vegas Strip and Downtown properties. The Las Vegas Palms, however, was not part of the agreement and the lack of a deal has resulted in picketing, court intervention and attention from national politicians.

The Culinary Workers Union was founded in 1938 with the goal of representing workers at Las Vegas casinos. Over the years the union has expanded and today the union represents more than 60,000 members.

Until last year, Station Casinos successfully restricted the Culinary Union from gaining a foothold among its casinos’ workers. Stations Casinos owns the Palms Casino Resort. The casino refused to sign a deal with the Culinary Workers Union that would assure its workers of the same wage deal and worker protections as the union negotiated for its members in other Las Vegas casinos.

Many Palms workers believe that, without a union, they have no protections.  They are frustrated, especially since the other casinos in the city have signed new contracts with the unions and their workers have added wages, protections in place against sexual harassment and more job security. Until last year, Stations  avoided the union but mounting pressure from the NLRB may mean that the company must cave in.

Workers at the Station Casinos’ Sunset Station Hotel & Casino voted to unionize by secret ballot election earlier this month and workers at the Las Vegas Palms are also calling for unionization. They have begun picketing outside the casinos. Stations Casinos claims that the election was illegal and is challenging the results. However, the National Labor Relations Board has upheld the vote and is demanding that Stations begin bargaining with the workers.  According to the National Labor Relations Board, Station Casinos is unlawfully refusing to bargain with the Culinary Union.

A NLRB panel investigated. They released their findings, which determined that the company “engaged in unfair labor practices.” The NLRB ruling states that there is no reason that the company should not follow appropriate labor laws. According to the NLRB, Stations Casinos management has not provided any relevant new evidence or presented any new circumstances that could be grounds for the labor board to re-examine the dispute.

The union issued a statement saying “We demand that Station Casinos recognize their workers’ voices and votes at the Palms and begin contract negotiations in good faith immediately.”

“But instead of recognizing that result, Station Casinos has tried to overturn the election through a series of unsuccessful and lengthy legal challenges. The May 13, 2019 ruling by the NLRB is the latest legal setback for Station Casinos, which has lost at every round, and yet the company says it will continue to fight the Culinary and Bartenders Unions’ election victory in the courts” the statement read.

The company is appealing the NLRB ruling that directs the company to negotiate with the Culinary Workers Union. Michael Britt, a senior vice president for Red Rock Resorts, Station Casinos’ parent company, said in a statement to the USA TODAY Network, “With respect to the Palms, although the union would clearly prefer that we not exercise our legal right to challenge the National Labor Review Board’s decision in the United States federal courts – we have every right to do so and our challenge is both legal and appropriate.”  The case will be heard by the US Court of Appeals for the District of Columbia Circuit.

Bernie Sanders, Democratic candidate for president for the 2020 elections, has taken the side of the casino’s workers and of the union. He is calling for the Las Vegas Palms owners to open negotiations with the Culinary Workers Union immediately.

On a recent stop in Las Vegas, Sanders called out Station Casinos and its owners, Lorenzo and Frank Fertitta, for their refusal to recognize the legitimacy of the employees’ vote that authorized the Culinary Union to negotiate for them. Sanders said that the time had come for the Fertitta brothers to open a dialogue with the employees and “stop ignoring the law.”

Nevada is increasingly becoming a 'Blue’ state and Sanders, along with Democratic candidate Julian Castro, is aware of the importance of supporting the workers who tend to vote Democrat. Their campaigns feature strong support for the unions and the employees in Nevada. Castro said “I want to commend [Culinary Union Local 226] for the great work that they’re doing representing employees of Station Casino. I want to encourage Station Casinos and your six properties to negotiate in good faith with your workers who have already voted to unionize.”

The current administration is giving little support to the unions or the workers, so any relief that they might get in this situation will come from the courts.