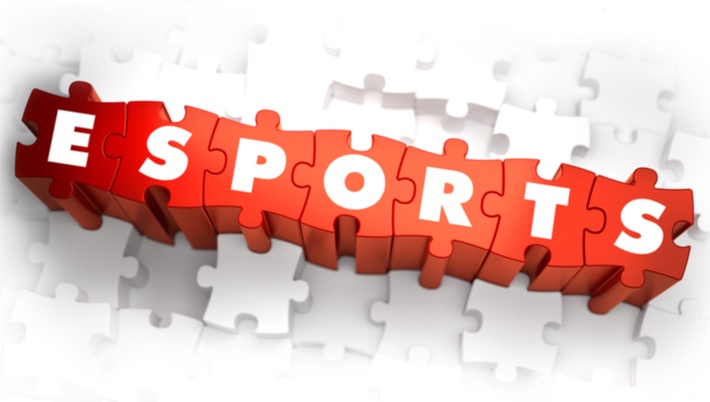 Vegas casino online eSports has become online casino sports betting’s fastest-growing sector and expectations are that, even after the disruptions to the sports world caused by COVID-19 ends, it will continue its phenomenal path of growth.

When the lockdowns first started in March 2020, virtually all major sporting events were cancelled. Everyone scrambled to regroup. Sports gambling and betting companies found a solution within the esports universe. During those first few weeks,  large-scale, in-person esports events were cancelled as well as other spectator sports.

However, the gaming competitions moved online quickly and, as the only “sporting events” taking place with any type of consistency, many sportsbook operators found that they could fill the gap by accepting wagers on these digital gaming contests.

Several online bookmakers had already been specializing in esports. In March and April 2020, during the first months of the pandemic lockdowns, operators such as Unikm and Luckbox began to report that they were experiencing a huge increase in total bets placed on their platforms.

In April the Nevada Gaming Control Board approved sportsbooks to take wagers on esports events including  ESL One: Dota 2, League of Legends European Championship, Overwatch League, FIFA League, NBA2K League, and DreamHack Masters Spring. By the summer the entire casino industry was on board with esports betting.

Online sports betting platforms including Bet 365 and DraftKings had begun to offer products with multiple betting opportunities within a familiar format in an effort to appeal to existing sports bettors.

Now industry analysts and bookmakers are forecasting that, even as traditional sports return to some type of events’ schedule, the growth in esports betting will continue to expand.  In their report  The State of eSports Betting 2020, the EveryMatrix iGaming software provider presented an overview of the growth of the  esports betting market during the pandemic along with projections for the future.

The report, which surveyed 10 bookmakers over the months of March and April 2020, showed a 40% growth in sports betting during that 2 month period, fueled by two major esports titles, NBA2K and FIFA.

That increase in esports betting came as no surprise, given the void of traditional sports events and the initial market size. However, the study also showed that half of esports’ core betting audience involves full-time, high-income professionals between the ages  of 26 and 35.

Many industry insiders note that this is the demographic that grew up playing console and/or computer games and from that they can offer a positive prediction for long-term growth opportunities. As gamblers become more educated esports consumers, they are more likely to take advantage of the increased betting opportunities in esports, especially considering that esports competitions take place throughout the year with no “seasons” or off-peak periods.

Indications are that esports betting will continue its upward trajectory. There’s no slow-down on the horizon but once the pandemic begins to recede, it will be easier to determine where esports wagering fits in within the ecosystem of sports betting.

If you’re interested in getting involved in esports betting, you should have a rough understanding of what to expect.

The term “esports” refers to different titles including:

It’s also important to clarify the distinction between esports and video game. Basically, a game starts out as a video game and if it becomes popular enough, it transitions to becoming an esport. The esports community, which watches the competitions – either for entertainment purposes or to develop their own skills – can increase levels of competitiveness for specific games. Not all esports are good as spectator games – for instance games like PUBG and Overwatch are difficult to follow.

If you’re placing a bet on a competition, there are several considerations that will inform your decision about which bookmaker to choose. You can choose a traditional sportsbook which has added esports to its existing offerings or a sportsbook that is esports-specific. The choice will likely depend on whether you have an existing relationship with a sportsbook or you are starting anew.

Right now, the esports industry is investing on all fronts to help improve the fans’ viewing and betting experience. Investment from outside of the industry is also changing the landscape. Many investors say that, when compared to traditional sports, a smaller investment in esports can get them more of a payback.

While the future of esports presents challenges, including new questions about how the esports world will promote global governance and regulation, how to deal with the impact of new technology and how to continue integration with mobile tech, observers are now projecting that esports will surpass other sports within a few years (with the exception of soccer) and will soon become the biggest sport in the world.

eSports has already featured as a demonstration sport at the 2018 Asian Games and  the Intel World Open Olympics-sanctioned esports tournament  will take place on the lead up to the Tokyo Olympic Games (which were postponed in 2020 and are expected to take place in 2021). A number of US cities are investing in esports arenas in which major esports events can be hosted. The sports betting industry has begun to recognize that attention to esports is their future.