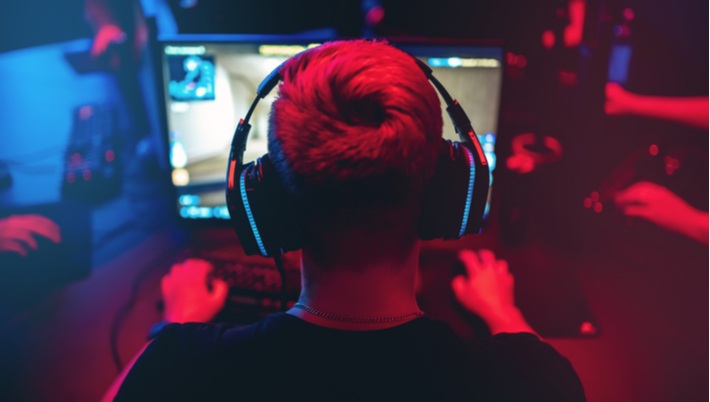 “We had this idea in the beginning that, because esports is a sport, and we wanted to be taken seriously, we should look like a sport,” said Greeley to The Verge. “The LCS looked like the NBA on TNT. It was great for validation and for investors and sponsors to look and say ‘Hey, this looks just like a sport, therefore this is an easy translation.’ But we’ve outlived that……We feel like we’re finally free to be ourselves.”

League of Legends is taking the lead in making changes. It’s changing both its structure and its look and observers say that other leagues won’t be far behind.

The first change is visual. There’s a refreshed graphic design and a new logo — letters LCS within a crystal. In keeping with esports  previous image as an “alternative” activity for young people the previous logo, a shield, would have seemed at home in a college football game. Similar designs are displayed at European, Chinese and Korean League competitions.

Greeley admits that not all fans like the new design but he’s determined to move forward. “People hate change. We’ve seen it from pretty much every esports rebrand,” he says, adding “You don’t want [a logo that] looks like it came off of a can of soup. It has to be resonant.”

Changes in format accompanied the visual changes. There’s going to be a bigger focus on tournaments in the future including the League of Legends Championship Series 2021 Spring Lock-In tournament, running January 15-31 2021. Previously, there was a slate of regular season matches that culminated in the playoffs with top teams moving to international tournaments.

The goal, said Greeley, involved finding a balance between comfortable familiarity of regular season play and the thrill of knockout tournaments. Moving forward, the league is putting emphasis on ensuring that the tournaments will be the highlight of the season.  “If everything is a tournament,” said Greeley, “ if everything is meant to feel exciting, then nothing feels exciting.”

The league plans to continue to operate remotely and at present is unsure about when and how it can return to in-person play. Prior to March 2020, LCS matches took place with fans in attendance at a Los Angeles studio and Greeley says that, once the broadcast team can return to the building, players, at least, will be able to return to on-site gaming. For now though, viewers will be limited to YouTube and Twitch. “We’re not rushing getting fans back into the arena,” said Greeley.

The LCS has been struggling to find solutions to its challenges on the competitive level. LCS has experiences tremendous viewership growth – thanks to the pandemic – but the North American teams have been lagging behind big clubs from China, Korea and Europe.

Analysts attributed the problem to LCS teams’ reliance on imported or aging stars rather than encouraging new players on the scene. Now, they have revamped the system so that things will open up for up and coming players. Academy squads  – development teams for each LCS team – will not play against other college and amateur teams and those match-ups will culminate in the LCS Proving Grounds end-of-year tournament.

“The criticism around the need for NA to make changes to develop players, that actually was satisfying to hear, because I knew this was coming,” said Greeley to The Verge. “We hadn’t announced it, it was nearly final at that point, but we were just figuring out how we were going to roll it out. When you’re developing a solution, and then everyone stands up and says ‘We need a solution,’ and it’s done and ready to show, that’s actually a pretty good feeling.”

eSports has many more challenges to face as it grows. One of the most pressing questions involves the question of what type of format to embrace post-pandemic. eSports may seem to have an edge right now because it’s able to go digital relatively easily but physical attendance is almost as important for esports matches as it is for traditional sporting events.

Ben Spoont, CEO and Co-founder of Misfits Gaming Group, spoke to Esports Insider: “2020 has been a bittersweet year for us as a whole. We were planning more live events than we’ve ever done, ranging from hundreds to thousands of fans, and more opportunities for local engagement, but that all had to change with COVID restrictions. We had to adapt, get creative and go online, and now we’re running our own online tournaments, like our Florida Mutineers Release the Kraken Invitational with hundreds of thousands of dollars in prize pools.”

During 2020 esports operators tried to replicate the pre-pandemic tournament and event structures that allowed the sector to grow throughout the year.  Lee Trink, CEO of FaZe Clan noted that the diverse revenue streams promoted growth throughout 2020.

“2020 was a mixture of challenges and successes,” said Trink to esportsinsider. “We were fortunate to enjoy continued growth, but, more importantly, we demonstrated to the rest of the esports industry that we have a business model that truly works. A model that’s scalable, sustainable and lucrative.”

eSports fans are chomping at the bit to return to the stadium. In that way, esports is facing the same challenge as are traditional sports – when, how and in what framework can that happen? Since the sector adapted quickly to the pandemic restrictions, hopes are that it can return to traditional in-person tournaments quickly and easily.

Arnoud Schonis, Esports Project Manager of eDivisie, a division of the Eredivisie and the Dutch FIFA League Operator is confident that the esports world will adapt again.  “We changed to a fully online setup and with 18 clubs and 36 players, you can imagine this is a huge effort,” Schonis said. “The pace of which we set this up was amazing. We have highly qualified people on board and that definitely shows in how our league is now produced.”