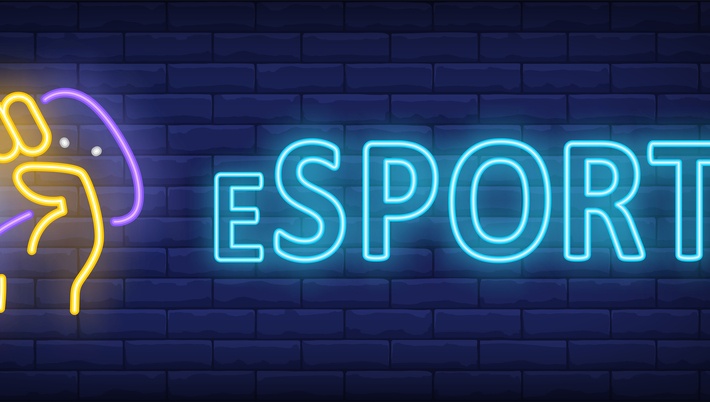 eSports, once a subset of the sports culture, is now considered an online casino industry in its own right. The trajectory was already increasing before COVID-19 but now, with Vegas casino online esports compatibility to online playing and viewing, it is expected to grow at a 9% compound annual growth rate over the next 2 years, nearly doubling over a 6-year period. In addition, as esports becomes increasingly powered by mobile, it is expected to grow even further.

Thanks to the social component of the live-streaming sessions, more and more brands are jumping on the esports bandwagon in an attempt to link their future with esports. Gaming-specific streaming platforms like YouTube and Twitch are fueling the upward trajectory, giving fans a direct connection to teams and players and making esports fandom even more alluring. Brands are aware of the opportunities that such wide reach presents and, increasingly, they are getting involved in partnering and sponsoring tournaments, teams and individual players.

According to most projections, the esports ecosystem will surpass $1 billion in 2021. As with traditional sports, some of the money comes from live event ticket sales, merchandise sales, media rights and in-game purchases. However, the major chunk of the revenue  -- 69% -- comes from advertising, partnerships and sponsorships. The new growth avenues assure investors that the esports industry should stay bullish well past COVID-19 pandemic’s reach. Today, brands are increasingly leveraging esports to drive sales, build brand affinity and establish customer loyalty.

eSports sponsorships and partnerships are similar to those seen in traditional sports. They include brand logos, merchandising, traditional forms of advertising, etc. PepsiCo’s Brisk sponsored the Rocket League Championship Series  in 2017 which made it one of the first brands to link to esports.

In 2018 Mastercard inked a first-of-its-kind, multi-year partnership with Riot Games to sponsor League of Legends Tournament. That was followed by Intel’s sponsorship of the Overwatch League, Mercedes-Benz partnering  with ESL and more.  These days, dozens of new partnerships are announced every month. Brands want to harness  the power of being associated with esports events so that they can have their logo appear on the big screen.

In addition to the material benefits that marketing partnerships offer, eSports players, teams and leagues also benefit from sponsorships which help them offset costs of transportation and accommodation, provide scholarships and equipment, pay for event and league fees, cover costs of entrance fees, food, training and more.

For the brands, the partnerships mean that they can reach a wider audience, including the lucrative young audience, which will take their products further. In return for their agreement to allow a brand to sponsor/partner with them, the team agrees to wear jerseys with the sponsor’s logos next to the team brand and logo. They feature the brand in their presentations and streams.

In 2019 the esports audience was estimated to be 10 times the number of Super Bowl viewers. The majority were between the ages of 18-24 which was more than 60% over the previous year. The demographics of esports viewers is one that advertisers covet – the IAB market research firm found that 43% of esports fans live in a household with an annual income of $75,000.

Advertisers are beginning to realize that in order to attract the Gen Z and young millennial demographic, they must deliver authentic content through organic interactions. This is something in which traditional sports does with jerseys, billboards and commercials. eSports can deliver the same message more effectively to a young age group via customized content and social interactions.

Esports has fueled the convergence of pop culture and gaming in a number of creative ways. Famous people in the music industry such as Travis Scott and Drake have become associated with leading esports tournaments which fits in with the esports dynamic where players and streamers interact with fans through social media and live interactions within the game, reducing the virtual distance between everyone involved.

One creative example of such interaction is the Louis Vuitton-Riot Games partnership where Louis Vuitton designed virtual League of Legends items. LoL players can buy those items within the game while viewers get to see the custom trophy case that Louis Vuitton spent 900 hours creating for the League’s finals.

Brands have also come to recognize that streamers are celebrities themselves who can drive sales sky high with just a mention of the product. When esports star Ninja, who has over 20 million fans, mentioned PSD underwear in the middle of stream, he brought down the PSD website and broke their sales record. Adidas created signature sneakers with Ninja and those sneakers sold out only one hour after they were introduced to the market.

Brands are also finding more creative ways to boost affinity and recall. Wendy’s executed an online stunt that it live-streamed on Twitch. In the stunt, Wendy’s staged a “war” with the Durr Burger restaurant, in-game on Fortnite as part of its promotion of its “fresh not frozen” marketing slogan. When Burger King wanted to promote the launch of its Impossible Whopper it partnered with streamer FaZe Clan who integrated a taste test and produced challenge videos on his channel as part of the promotion.

Industry insiders say that in the future, within esports we can expect to see new and innovative approaches to advertising which can be measured precisely and adjusted to drive higher brand affinity and brand recognition. Online and offline campaigns can be unified to create more touch points across the viewer’s daily experience.

No one is disputing the fact that esports is growing. In 2019, worldwide, esports viewers spent 6.6 billion hours watching esports content and the industry is expected to exceed $1.5 billion by 2023.  Brands are finding that, by marketing through esports channels, they can use both traditional, familiar advertising methods and new, creative methods to reach both old and new audiences.