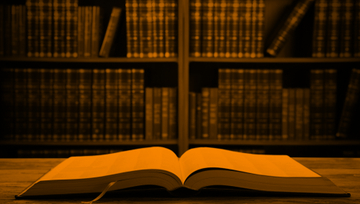 The Illinois Supreme Court has ruled that online casino fantasy sports are legal in Illinois. The court determined that fantasy sports are games of skill rather than chance and as such, the state cannot deny Illinois residents the right to participate.

Playing fantasy sports has become increasingly popular over the last few years. Fantasy sports participants assemble imaginary teams which are comprised of actual sports players. The players compete in fantasy games and the results of the participants’ efforts are determined based on the players’ performances in actual games which are expressed in points.

Participants join leagues which are managed and coordinated by a “league commissioner.” Each participant owns his team where he drafts, trades and drops players. These decisions are based on players’ performances in real life games. Gaming platforms such as DraftKings and FanDuel provide users with information about the teams, special issues of note, player performances, etc so they can make their decisions on how they want to build their teams.

Points are tallied after the real games, either manually or with a computer program. Bets that were placed are paid out based on the number of points.

The legal status of fantasy sports varies from state to state. Some states allow fantasy sports, others disallow it and in some states, the status is unclear. The issue of fantasy sports was put before the Illinois Supreme Court recently which clarified that the statute that was being used to prevent it in Illinois was irrelevant.

In 2016 Illinois residents Andrew Wu and Colin Dew-Becker participated in a FanDuel NBA contest.  Each paid $109 -- a $9 fee to FanDuel and a $100 wager. Wu's team won as he scored more points than Dew-Becker's team. Three days later Dew-Becker sued to recover his losses. He based his suit on a 1819 law called the “Loss Recovery Act. The law states that an individual who loses an illegal wager has legal recourse to recover that money if the money is lost through gambling.

The Illinois state Supreme Court ruled that, even though nothing in the 1819 statue indicates that Internet activities are not covered in its purview, wagers made online through Fantasy Sports sites can’t be considered to fit the definition of gambling under the law.

Chief Justice Anne Burke wrote that, in court’s opinion, "Because the outcomes of head-to-head DFS contests are predominately skill based, we conclude that (Dew-Becker) was not engaged in 'gambling' with (Wu) as required" under statute….we determine here only that the DFS contest at issue in this case does not fall under the current legal definition of gambling."

Six of the seven justices on the Supreme Court agreed, with only Justice Lloyd Karmeier dissenting. Karmeier wrote that "Throughout the history of antigambling laws, courts have recognized the effort and ingenuity man has exerted to circumvent the law by disguising activities as legal or contests of skill although the intended appeal is to chance...The ingenuity exerted in head-to-head DFS contests duped the majority into believing it is a game of skill when truly it is a game of chance."

According to Karmeier, the decision means that online poker is now legal in Illinois. He believes that the decision can have wide-ranging, and detrimental, consequences as states with similar gambling laws could conceivably follow the Illinois court’s reasoning and make online poker legal in their own states as well.

Karmeier agreed that “skill can improve or maximize the potential for winning in such contests” but he added that  such edges “cannot determine the outcome.”

Karmeier continued, writing “The majority opinion risks legalizing traditional concepts of gambling anytime a study concludes that it involves skill more than chance. One example is poker. Our courts, like many other courts, have determined poker and other card games to be games of chance despite statistical evidence that skill dominates.”

Therefore, Karmeier wrote, poker is now legal. “Under the majority’s opinion, because studies show skill dominates in poker, these cases are effectively overturned, and poker is now legal. This absurd result could not have been intended by the legislature.”

Online Poker in the United States

Playing online poker does not violate any US laws but banking laws and  the Unlawful Internet Gambling Enforcement Act of 2006 -- which prohibits gambling businesses from "knowingly accepting payments in connection with the participation of another person in a bet or wager that involves the use of the Internet and that is unlawful under any federal or state law" -- complicates the issue.

The question about whether online poker is legal in the United States has been fought in the courts for years. There has not, to date, been any clear outcome, except in those states (New Jersey, Nevada, West Virginia, Delaware and Pennsylvania) that have specifically legislated online poker gaming in their states.

Some poker companies use virtual-currency, online poker games or sweepstake games to get around the controversy. However, until the legality of using the Federal Wire Act to ban online poker is adjudicated by the United States Supreme Court, the situation will remain unclear for poker enthusiasts in many states.

Or, if Justice Lloyd Karmeier is correct, the question of the legality of the Wire Act vis a vis online poker may no longer impact on whether online poker will be allowed throughout American in the near future.