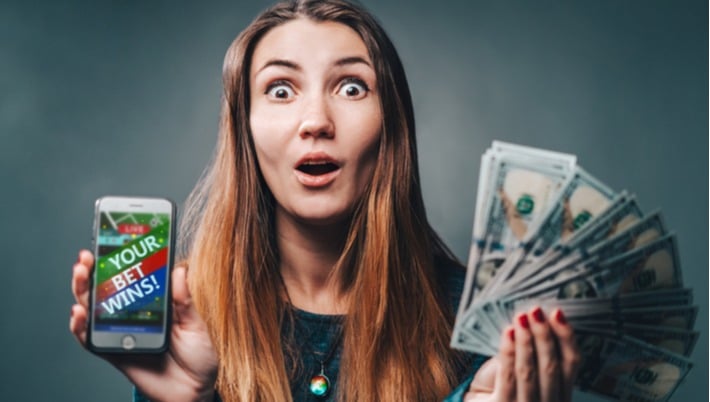 Up until this January, Cuomo had stated that the state couldn’t legislate no deposit bonus codes sports betting without a constitutional amendment. Now, Cuomo is  proposing that the New York State Gaming Commission start the process of issuing RFPs (requests for proposals) to select and license sports platforms/operators to offer mobile sports betting.

The statement indicating the new support for sports betting was delivered as part of Cuomo’s State of the State address. In throwing his support behind sports betting legislation, Cuomo reversed his previous position which had been to resist any policy that would facilitate sports betting outside the four retail casinos located in upstate New York.

Many pro-sports betting advocates were encouraged by Cuomo’s declaration but not everyone agrees. Sen. Joseph Addabbo says that he is concerned that a single-entity structure, such as the one being proposed, would give a single operator a monopoly on New York mobile sports betting. Addabbo told Sports Handle, “I think we’re creating a monopolistic kind of setup, which I don’t think bodes well for businesses and casinos in New York."

The discussion about when, if and how to bring sports betting to New York must be weighed in light of the state’s massive budget deficit which has been exacerbated by the COVID-19 pandemic. The Wall Street Journal reported that New York is facing an estimated shortfall of close to $60 billion. That evaluation may turn out to be an under-estimate in light of the mass exodus from NY has been fueled by COVID-19.

The governor’s press office released a statement in which Cuomo said   “At a time when New York faces a historic budget deficit due to the COVID-19 pandemic, the current online sports wagering structure incentivizes a large segment of New York residents to travel out of state to make online sports wagers or continue to patronize black markets.

New York has the potential to be the largest sports wagering market in the United States, and by legalizing online sports betting we aim to keep millions of dollars in revenue here at home, which will only strengthen our ability to rebuild from the COVID-19 crisis.”

According to an industry study, New York residents account for approximately 20 percent of New Jersey's sports wagering revenue. The FanDuel sports betting site reported that at least 22% of its online bets come from New Yorkers who cross over into New Jersey on the turnpike or on the train, place their bets and go back home to await the results. Those bets are costing New York State millions of dollars in lost tax revenue.

Cuomo’s proposal would grant one single operator or one single platform exclusivity for mobile sports wagering in the state. Legislation already before the State Assembly, drawn up by Addabbo and J Gary Pretlow, would give up to 14 online sportsbooks entry into the New York market. Another possible scenario was suggested by Robert Mujica, NY State Budget Director, who suggests that the state lottery can provide a sports betting framework that would generate hundreds of millions of dollars for the state.

Addabbo is chairman of the State Senate’s Racing, Gaming, and Wagering Committee. He has been one of the most outspoken opponents of the governor’s suggestion, even though he would also like to see the state legalize some form of sports wagering.

A number of professional leagues, notably the MLB and the NBA, are coordinating to ensure that any sports betting legislation takes into account intellectual property concerns. Jeremy Kudon, partner at Orrick Herrington & Sutcliffe LLP which is coordinating that campaign, says that healthy competition is necessary to create the marketplace.

Kudon compares the sports betting market with the Amazon business model to describe the necessity for a competitive market. Kudon told Sports Handle, “The problem with the single source is that there is just no competition.

The experiment that is the United States and capitalism has always been about competition – create the best possible environment both for revenue and for the best possible product….I don’t see how a single operator can ever get there. You won’t have anywhere near the advertisements. You’re going to have a company that’s basically giving the state 51 cents of every dollar, on top of all of the other spending — it’s just not going to have a competitive product.”

Everyone agrees that there’s a huge potential for a competitive market in New York. An Action Network gaming study estimates that an online sports betting tax would bring in nearly $100 million in tax revenue if the model is a competitive one.

Sportsbook fees and licensing renewals are a huge part of a state’s revenues for sports betting, say gaming analysts. On a comparative basis, gaming providers see that as a low-margin offering. If New York restricts eligible operators it could lose hundreds of millions of dollars in these fees.

Additionally, top brands would be shut out if licenses for mobile sports betting were awarded only to one of the four upstate retail casinos’ retail partners. That would leave the state with, at most, only four sportsbooks from which to choose – DraftKings, Bet 365, BetRivers and FanDuel.

The sportsbooks that are partnered with the 3 tribal casinos – Caesars William Hill which is partnered with Oneida, the Seneca/Kambi and the Mohawk/FOX Bet, as well as horse track-affiliated sportsbooks such as BETMGM which operates at Yonkers Raceway.

If the Assembly adopts the legislation that has been presented to it by Addabbo and Pretlow, each of the seven aforementioned casino operators would get two skins apiece, a total of 14 brands to enter the New York mobile sports betting market.

There are presently two contrasting visions of how sports betting will be legalized in New York. The Assembly must now decide whether the model will include a multi-operator or a single/limited-operator system. Cuomo’s proposal is now on the table but Pretlow and Addabbo’s legislation has already begun the process of making its way through the NY state Senate and Assembly’s respective gaming committees. The decision is between a competitive sports betting market or a limited one.

In the meantime, New York sports bettors can always take a trip to New Jersey.