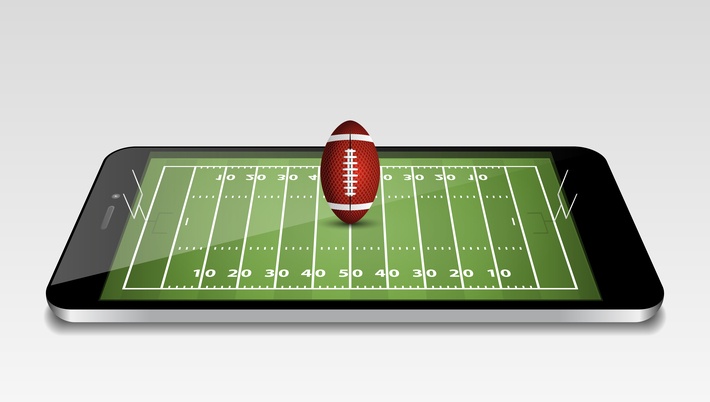 The November elections saw additional states vote to legalize online casino sports betting while both the FanDuel and DraftKings fantasy sports operators reported another week of solid results. But outbreaks of COVID-19 cases in the big leagues, particularly within the NFL, is causing concern.

Thanks to the coronavirus-fueled idiosyncrasy in the sports calendar, November 2020 punters could wager on all four major team sports – NFL football, NHL hockey, MLB baseball and NBA basketball.  Even during the summer, sports fans and bettors enjoyed a bonanza as games that had been postponed from the spring were restarted.

DraftKings CEO Jason Robins spoke to CNN Business, saying, "This was a pretty unprecedented, and hopefully a once in a lifetime, quarter. But it sets us up well for the fourth quarter and next year."

FanDuel CEO Matt King was also optimistic. In a CNN interview he said that he hopes that FanDuel will have operations up and running in Virginia and Michigan in the coming months and that, thanks to online poker and other online casino games, the company is generating solid revenue.  "We're incredibly pleased with how we're doing," King said. "The return of sports has meant that there has been an acceleration of growth as opposed to a return to growth."

But now the pandemic has hit NFL players, putting continuation of the NFL season – and, possibly, the seasons of other leagues  – in doubt. NFL Commissioner Roger Goodell told CNN that, "Our objective is for all teams to safely and responsibly complete the regular season within our 17-week schedule -- and have a full postseason, culminating with the Super Bowl with fans in the stands on February 7th in Tampa…..We are committed to completing the season as scheduled."

The NFL has been maintaining stringent pandemic protocols but now its ability to complete the season is in doubt. In late November, as the 2nd half of the 2020/2021 season got underway, the league reported that, in its latest round of testing, 15 players and 41 staff members tested positive for Covid-19. That’s in addition to the 78 players and 140 other team personnel who  had returned positive tests up until that time.

As with the rest of the country, the positivity rates can only go up. NFL chief medical officer Dr. Allen Sills acknowledged that the league must “continue to evolve and improve our protocols as we go along to deal with that inevitable exposure.”

Outbreaks are already forcing teams to shuffle games and replace players. To date, no game has been completely cancelled but everyone is bracing for the worst. Dr. Tara Kirk Sell, a senior scholar at Johns Hopkins Center for Health Security and herself a former athlete commented that, "Cases are rising exponentially in this country and we're just going to have a lot more problems. It is, of course, premature to say, 'We've made it. I don't even know what's going to happen in the next couple of months other than it's probably going to be pretty significant transmission."

No one can say that there’s a health protocol that the NFL didn’t put into place. Players, coaches and other staffers are encouraged to wear masks on the sidelines and the wearing of masks is mandatory in club facilities.

Sideline benches have been lengthened to keep players distanced and players must wear proximity tracing devices when they are traveling to games or participating in team activities (such devices provide data regarding with whom a player was in close proximity, for how long and how near they were).  Film sessions and meetings are conducted online.

Any player or other staff member who had a high-risk contact must quarantine. A Covid-19 reserve list was created by the league to track players who tested positive or are quarantined.

Some observers are noting a waning of willingness to comply with the restrictions. A recent prime-time game between the 49ers and the Packers included players on both teams who had tested positive for COVID-19 along with others who had been in close contact with infected individuals. The concern is that league and team officials are putting business interests ahead of health concerns.

The NFL is the world’s richest sports league. It sees a yearly $15 billion in revenue and, says Andrew Brandt, a professor and executive director of the Moorad Center for the Study of Sports Law at Villanova Law School told CNN, “There are a lot of moving parts here and a lot of stakeholders that are all affected by the business of football. We talk a lot about the league. But, of course, the (television) networks are a big stakeholder in this. And, of course, the players realize they don't get paid if they don't play. This is the country's dilemma: It's business versus health."

The pinnacle of this whole scenario, of course, is the Super Bowl which is scheduled to take place on Sunday February 7 at the Raymond James Stadium in Tampa, Florida. The league is hoping against hope that the event will be held on schedule. The National Retail Federation says that Super Bowl 55 is expected to generate approximately $17.2 billion in spending.

Goodell says that the NFL intends to bring as many of the 65,000 fans that the stadium can hold to the Super Bowl. If key games need to be cancelled, Goodell said that playoffs will be expanded.

Unlike the NBA, which created bubbles to keep players and support personnel from going home during the season, NFL players have not been similarly isolated. That, says Kirk Sell, is one of the problems. There is no evidence that players transmit the virus during play on the field but, says Kirk Sell, “it's just basic math that you're going to have more opportunities for the disease to appear in players and families of players and staff."

Many sports analysts are praising the NFL ecosystem including the commissioner, the league, team owners, the players union and others for trying to create an atmosphere of normalcy in these uncertain times. Chicago sports consultant Marc Ganis praised all involved for exhibiting leadership “missing on the political side” in their actions.

Ganis, the Chicago sports consultant, praised the commissioner, the league, the players union and its members for providing the country "a beacon of normalcy in a time of uncertainty." The league has exhibited leadership "missing on the political side" in the response to the health crisis, he said, as reported by mynbc5.com. "If they're successful, every person who participated in the NFL this year will have participated in that success," said Ganis. "Doesn't matter if the team is 0-16 or wins the Super Bowl. And that's every single player, every coach, every trainer."

Many sports betting operators are finding that they’re struggling in these novel times. Both DraftKings and FanDuel are losing money and one of the main reasons is that their expenses are exceeding their income. Jason Ader, CEO of SpringOwl Asset Management says that they may be making the Silicon Valley dot.com mistake of building and spending without worrying about profits.

The newcomers in the sports betting world know the risks but they believe that they must fend off newcomers such as Barstool Sports, BetMGM, Penn National Gaming and others. FanDuel's King reminds everyone that "There will be a continued expansion of sports betting. A year ago, we had sportsbooks in three states."

Now all anyone has to worry about is a little thing known as the pandemic.