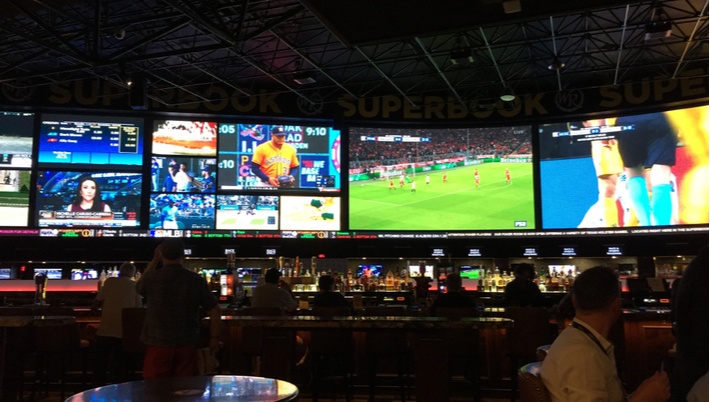 The Vegas Stats & Information Network (VSiN), which went on air in 2017, has quickly become an important resource for sports bettors. It’s a multi-platform broadcasting company that delivers new, proprietary data and analysis to welcome bonus casino sports fans who want to wager on American online casino sporting events. With the sports betting industry growing in the United States, VSiN has become an important source of data for wagerers who want to place informed and well-researched bets.

VSiN brings insights from knowledgeable sources who have extensive backgrounds in the sports world as well as in sports betting. The top VSiN personality is Brent Musberger, best-known as the play-by-play voice for the Las Vegas Raiders and an original member of NFL Today’s analysis team as well as the former broadcaster for ABC and ESPN Sports. He often hosts noted oddsmakers Vinny Magliulo, Chris Andrews and Jimmy Vaccaro.

Even before the US Supreme Court gave the go-ahead for states to legalize sports betting in May 2018, the Vegas Stats & Information Network, a multi-channel network dedicated to delivering sports betting information, was operating in Las Vegas. At that time, sports betting was only legal in Nevada because of a clause in the 1992 Professional and Amateur Sports Protection Act (PASPA)  that outlawed sports betting in all states except in those in which it has already been operating (Nevada). VSiN opened in Nevada based on increasing interest in sports betting. For years, Nevada stats showed each year’s handle surpassed the previous year’s betting handle.

Once sports betting started to be legalized in other states, VSiN became recognized as America’s authoritative network that was devoted specifically to sports bettors.

VSiN broadcasts live from a custom-built studio in South Point Casino’s Sportsbook. They focus on proprietary and exclusive sports news and analysis as well as on data that sports betting enthusiasts need to place winning bets. Unbiased, expert insights and actionable information are presented to sports gamblers via the VSiN web channel, social media channels, live streaming and radio. All broadcasts are available on mobile. Much of VSiN’s information is not available via any other source.

For most of his career in sports broadcasting, Musburger would make oblique references to sports betting. Yet he never addressed it directly. Early in his career Musburger co-hosted sessions with commentator Jimmy Snyder, known as “Jimmy the Greek” who introduced him to “associates” from his days when he worked as an oddsmaker.

The Washington Post quoted Musburger as explaining that “I came to believe that the professional sports bettors and bookmakers are the most knowledgeable sports fans in the country…I love sitting around talking to them.” He was thrilled by these bookies’ insights and expertise and loved the idea of betting on the games. He started to put down money on the games, through “not on the games I was doing.”

By the mid-’80s, Musburger was referencing over/unders and point spreads in his broadcasts. Listeners who weren’t looking for information about gambling probably missed the references but those who knew…..knew. Soon, fans were asking Musburger directly, “Are we going to cover the spread?” People would walk up to him in the street to ask him for his opinions about wagering on specific events.

Broadcasters such as Musburger were dependent on the good will of the leagues so that they would have continued access to teams and athletes that allowed them to function as sportscasters. When Musburger was at NFL Today, he couldn’t talk about spreads directly. When he moved to ESPN he tried to slip in some sports betting references but was shot down by higher-ups, including league officials.

Now, things have changed. ESPN runs point spreads on its crawl routinely and NBA Commissioner is calling for federally regulated legalization of sports betting on a national level.  Musburger is reveling in his new role as America’s sports betting commentator and is making the most of his new position. His commentaries and analysis are heard by millions of people every week.

One of VSiN’s most popular broadcasts is Follow the Money, a daily show where Pauly Howard and Mitch Moss, two veterans of the Las Vegas sports betting scene, comment on sporting events based on their background and knowledge   of sports, sports betting and pop culture. They talk about good bets, bad bets and everything in-between. Their show hosts sportsbook insiders, pro athletes, sports media experts, Vegas regulars and professional gamblers.

Follow the Money has become one of VSiN’s most popular offerings. The show broadcasts every day in the 1 – 4 p.m. time slot at the same time that other sports betting shows are airing replays of games and discussing classic sports events. Follow the Money aims to give fans actionable information where data combines with entertainment, gambling stories and irreverent commentary.  Follow the Money has been picked up by other networks including MSG and is accessible on the VOD platform for mobile and PC devices.