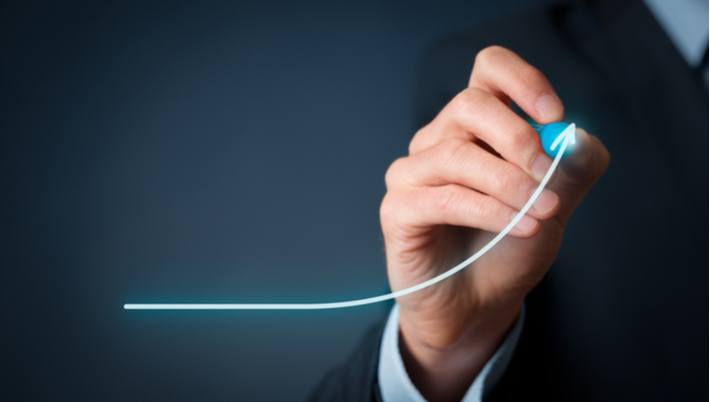 Conventional thought might indicate that online gamblers would circle the wagons and hold onto their assets during the COVID-19 pandemic. Nothing could be further from their mind. Play at online casinos and sports betting has never been higher, despite fewer sports games being played and the absence of many of sports enthusiasts’ favorite athletes.

The sporting world went quiet in mid-March around the world. Many observers believed that in the United States, the momentum of legalized sports wagering -- which had been growing rapidly since the May 2018 Supreme Court ruling that enabled states to legalize sports wagering within their jurisdictions — would stall. But it now appears clear that any slowdown was temporary.

Major league baseball started its season on July 23rd and the NBA restarted its interrupted season on July 30th. August was the first full month since February that a full slate of sporting events was scheduled.

Even though the list of matches was a modified one, New Jersey, which over the past two years has proven itself to be the most enthusiastic betting state other than Nevada, released data that showed that their sports wagering revenues had increased substantially over the same period last year.

In August 2020 almost $669 million was bet on sports in New Jersey. That compares to approximately $293.5 million bet in August 2019 – more than double the amount as last year and the highest amount EVER bet in one month on sports anywhere in the United States. (Second place was Nevada which saw $614 million wagered last November, before the coronavirus hit).

Observers have been stunned. Despite 4 months during which no sporting events were taking place in the United states, more money was wagered during the first 8 months of 2020 in New Jersey ($2.537 billion) than during the same time frame in 2019 ($2.529 billion).

Year-to-date revenue is also up ($178 million in 2020 versus $152.7 million in 2019.) This is despite the fact that there no football was played in August -- no college pre-season nor any NFL preseason activity. (By contrast, the entire NFL preseason and a full slate of college football games occurred during the last weekend of August 2019).

Pundits are already predicting that sports betting states, especially New Jersey (which accepts online bets from New Yorkers who are not able to bet in their own state but who cross the state border to place their wagers) can look forward to a healthy autumn.

There’s a modified college football schedule that seems, so far, to be working, and the NFL season is now underway. Historically, football is the most wagered-on sport in the United States so if another shutdown doesn’t occur, 2020 will most probably be a record-breaking year for sports betting.

New Jersey isn’t the only state to announce record-shattering sports betting figures for August. The Pennsylvania Gaming Control Board has reported that $364,985,422 in sports betting wagers were placed in August — a record high for the state. That’s an increase from last year’s figure of $109 million.

Much of that can be attributed to NBA and NHL playoffs which gave bettors plenty of action on which to focus their wagers. But even in July the numbers were good – more than $164.5 million. And that’s during a month when the games had just restarted.

Pennsylvania’s August numbers were 4.8% higher than the state’s previous record of $348.4 million bet which occurred in January 2020. Dustin Gouker of Play Pennsylvania, Pennsylvania’s online gaming administrator, said, “In what has been a difficult year, August’s packed schedule of major sports helped Pennsylvania sportsbooks make up some of what was lost from pandemic-related shutdowns.”

Much of the success of sports betting during the COVID-19 era can be attributed to the burgeoning mobile wagering industry. Online wagering accounted for $321.6 million, or 88.1%, of all August bets. States like New Jersey and Pennsylvania which have embraced online betting are seeing the biggest successes.

Gouker noted that “the continuing build-up of online and mobile sports betting, in addition to online casinos and poker rooms, is paying enormous dividends. Some gamblers appear to still be reluctant to visit casinos in-person, and technology is bridging that gap.”

Penn National Gaming, Pennsylvania’s largest gambling operator which owns, operates or has ownership interests in gaming, racing facilities and video gaming terminal operations in multiple sites in Pennsylvania (and in other areas of the United States) has received approval from the Pennsylvania Gaming Control Board  to launch the Barstool Sportsbook mobile sports betting app.

That will come just in time for the NFL and NCAA football seasons. Penn National, which operates in 19 states, intends for the app to operate in other jurisdictions in the near future. Currently Barstool Sportsbook occupies the number one spot among iOS sports app downloads in Pennsylvania, even with the presence of operators like FanDuel and DraftKings.

More and more states are passing legislation that legalizes sports wagering and of those states, more and more are making mobile sports betting part of the package. The latest, Tennessee, which legalized sports betting in May, intends to launch online sports betting by November and its Sports Wagering Committee has approved BetMGM, FanDuel and DraftKings to open operations in the state.

Unless there’s another surprise around the corner, for sports betting, the sports shutdown of 2020 was only a blip in history. Sports wagering’s momentum in the United States seems to be moving forward at full speed.