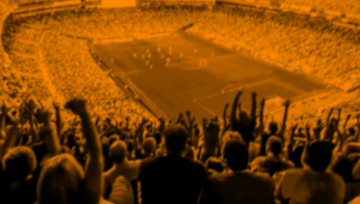 When the coronavirus closures hit, businesses, travel and gatherings shut down around the world. Everyone struggled to come up with ways that would allow people to engage in as many of these activities as possible while social distancing from home. More people started working from home and schools went online. Travel companies set up “virtual tours” to wet the appetites of future travelers and social events moved to Zoom and Facebook FaceTime.

Much to the surprise of the sports industry, sports fans discovered that it’s possible for sporting events to be held in an online environment. eSports tournaments, which until spring 2020 had been largely held in physical stadiums and auditoriums, moved seamlessly to online platforms  to the delight of gaming fans and sports betting enthusiasts. eSports organizers have been able to quickly organize many of the biggest no deposit bonus codes esports tournaments in online environments which can help to satisfy sports and video gaming aficionados throughout the summer.

FIFA has announced that it is extending plans for 20 global FIFA esports competitions.  The European football association is optimizing the latest in esports technology to add returning football league tournaments and new competitions. These tournaments will be held in lieu of the EA SPORTS FIFA 20 Global Series – which includes the FIFA eWorld Cup.

The goal of these tournaments will be to build on the global success of the Play Cup and the  EA SPORTS FIFA Stay. It’s also envisions that the online competitions will keep viewers and players connected to the EA SPORTS FIFA community. FIFA games air to hundreds of millions of viewers  in more than 100 countries and the organization wants to maintain the momentum of viewership across EA SPORTS FIFA content.

The EA SPORTS FIFA 20 Summer Cup Series will include six online regional tournaments in which top players from Europe, South America, Asia, the Middle East-Africa, Oceania and North America will compete for one of six prizes. The total prize pool is $228,000 for the Summer Cup Series. Tournaments will run from July 17 – August 9.

EA SPORTS FIFA Competitive Gaming Commissioner Brent Koning  said, “We’ve already seen amazing fan engagement with our competitive events over the past few months. Our partnership with the top football leagues has resulted in over 100 hours of TV broadcasts alone and now we’re looking forward to offering players and viewers even more great competitions to play and watch. Although replacing fan-favorite, in-person tournaments were unavoidable as we prioritize player safety, we are thrilled to have more events this summer than ever before in FIFA esports.”

Other top football leagues such as LaLiga, Bundesliga, MLS and Ligue 1 are creating their own EA SPORTS FIFA 20 esports events. FIFA member associations will be continuing to organize online internationals and domestic FIFA esports competitions to stay engaged with their national EA SPORTS FIFA communities.

BEYOND EPIC has joined forces with Russian mobile operator MegaFon as its esports partner.  MegaFon put up a $250,000 prize pool to become a partner of the international DOTA 2 tournament BEYOND EPIC. The company has become known as “The Fastest Partner of BEYOND EPIC”.

The tournament is being put on by ESforce Holding which is the largest esports holding in Eastern Europe and Russia. They will join with Beyond The Summit’s North American Studio.

MegaFon will provide extensive support for the esports tournament’s interactive section “Cosplay without overpayments” as well as for integration into the media space. There will be support from the RuHub and EPICENTER social networking space as well as on the RuHub Studio channels on Twitch.

“Cosplay without overpayments” will emphasize the name and main idea of the operator’s hashtag #BezPereplat” (#WithoutOverpayments in English). Large-scale integration into the media space of the tournament will also be featured. Observers are looking forward to seeing how fans of the game will be able to recreate a favorite character at no great cost through creative and imaginative presentations.

After the initial rounds, the RuHub Studio’s star commentators will select the finalists and the winner will be determined in a Twitch chat on the final day of the tournament by members of the audience. The competitor with the highest number of votes will receive an iPhone 11 Pro.

“We are happy to open up new digital opportunities for our important audience — esports, who value technology and communication quality,” said Ekaterina Goncharova, Head of Internet Marketing, MegaFon. “Continuing our immersion in the world of esports, in which MegaFon was one of the pioneer brands, we strive to create spectacular moments for fans and surprise them with interesting activities-all this is waiting for the audience of BEYOND EPIC.“

One of the world’s largest online gaming providers, has announced that it will be sponsoring Beyond the Summit’s CS_  Summit 6.  The Beyond the Summit Counter-Strike: Global Offensive CS_ Summit 6 online event will give points to competitors. Those points can then be used to qualify for ESL’s November 2020 $2 million Rio Major.

Beyond the Summit has been running esports events since 2012.  The company has run Dota 2 and CS: Go tournament and was responsible for sponsoring the CS_Summit 5 CS: GOevent.

The Rio Major features 24 teams and a $1 million prize pool.  It is considered Valve’s major CS:GO championship and one of the most prestigious tournaments in the CS:GO series.