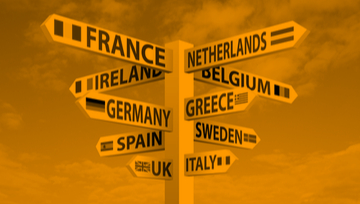 The proliferation of no deposit bonus codes online gaming has many different countries reacting in different ways. Some are creating stricter guidelines across the board while others are focusing on ibanking for online casino gaming.

Some of the recent changes in Europe include changes in Sweden, Switzerland, the Netherlands, Germany, and Italy.

Sweden is planning to limit casino deposits and gambling operators are preparing to challenge those guidelines if they become enacted into law. The government has proposed a law that would severely limit the amount of money that gamers could spend on their gaming entertainment including limits on deposits, bonuses and losses. The government is responding to what it sees as excessive gaming behaviors as people stay at home to avoid social interactions.

Sweden did not mandate stay-at-home orders as did other countries during the worldwide lockdown. However, as the number of COVID-19-infected citizens increased dramatically, more people put themselves into self-imposed isolation where they searched for activities such as online casino gambling to keep themselves occupied.

Swedish Social Security Minister Ardalan Shekarabi announced that he will propose that a SEK5k (US$500)-per-week limit be placed on online casino deposits, along with loss limits and a cap on bonus offers.

As could be expected, online casino operators are not enthusiastic about the proposed changes. In response, some operators have suggested that the government focus on loss limits rather than on deposit limits. That way, they say, people can continue to play at a lower betting limit for longer periods of time.

The gambling operators also want to make it harder for gamers to secure “fast loans” from financial firms which will go a long way towards limiting problem gambling debts. They also want to see the government block unauthorized, unlicensed offshore casino sites. A B2B licensing regime, they say, would prevent game developers from supplying both operators holding Swedish licenses and sites that are unregulated and unlicensed.

Switzerland has taken to blacklisting offshore online casino sites even though its own internet casinos aren’t performing well. The Swiss Lottery and Betting Board (Comlot) and the Switzerland Federal Gaming Board (ESBK) updated their lists of remote operators who are serving Swiss gamers without a local license.

The ESBK list has a total of 218 names listed including big name operators such as UK betting giant Bet365 and the well-known Costa Rican 5Dimes site. Comlot has 101 sites listed including sports betting sites. According to Swiss law, local Internet service providers must now block access to all listed domains. Observers note that all the offshore operators need to do is to change their IP number and they’re good to go until the next round of banned site names is released.

Meanwhile, Switzerland has given authorization to seven Swiss land-based casinos to launch online platforms. The goal is to allow these sites to recover some of the revenue that they’ve lost in recent months due to the coronavirus pandemic casino closings.

The Netherlands is delaying release of its new casino regulations until at the earliest, next year. The Remote Gambling Act, which was scheduled to become law in the Netherlands this year, has been put on the back burner, putting the responsibility on the heads of local gamers to figure out how to avoid illegal operators.

Over the past few months, online gambling has become a more popular pastime in Holland and competition for business between legal and illegal operators has heated up. To meet this issue the Dutch gambling regulator (Kansspelautoriteit KSA) was set to increase fines for illegal igaming operators. Fines of up to €50,000 were authorized. However, calls against the regulation of online gambling convinced the government to back down. The government has now announced that implementation of the  Remote Gambling Act would be postponed.

Currently the Remote Gambling Act is set to take effect in January 2021. Until then, Dutch players will have to look for a foreign legal alternative.

Germany has banned Mastercard and Visa from being used for online casino financial transactions.

Online casinos serving German consumers will no longer be able to offer gamers the opportunity to make deposits with Mastercard or Visa credit or debit cards. The move comes as part of a new wave of German legislation targeted at the iGaming industry and online banking institutions doing business with those online casino sites.

Visa will no longer accept deposits and withdrawals from online casinos in Germany using their cards. A Visa spokesperson said the company will ensure that “only legal, properly licenced transactions are processed” via its services.

Online casinos have stated that Mastercard and Visa have advised them that they must exclude the two companies from their lists of available payment options for German players. The German State of Lower Saxony ordered an unidentified payment service provider, generally thought to be PayPal, to refrain from handling online casino transactions.

According to Boris Pistorius, Lower Saxony's Minister of Interior and Recreation, payment service providers are “legally obliged to refrain from making payments in connection with illegal gambling.”

There are currently 85 online gambling operators doing business in Italy but the country wants to bring the number down to 50 by 2023. Following Italy’s ban on affiliate marketing, the Agenzia delle dogana e dei Monopoli (ADM), the agency that oversees regulation of the Italian gambling industry, has proposed to increase the cost of remote gambling licenses from €200,000 to €2 million. Applications for the new licenses will begin to be submitted next year and companies will be allowed to pay in 2 installments after the agreement is signed.

Italy is looking at stricter gambling regulations, including limitations on slot machines, video lottery terminals and gaming halls. The restrictions join other laws that came into effect last year including  bans on certain forms of advertising, promoting products through influence marketing, distribution of branded advertorials or items and guidelines on promotional gambling content.