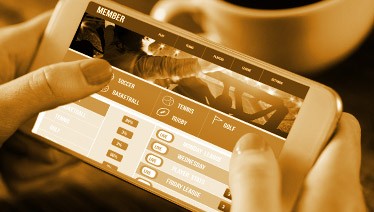 Less than six months after the United States Supreme Court ruled that states could legislate sports betting for their residents and visitors, multiple states have introduced sports gambling options and additional states are expected to do so this year. The speed at which states are adopting sports betting means that there are significant implications for different facets of the industry. They include more options for online casino betting, development of new tech companies and resources, introduction of more interactive platforms and new Congressional legislation that will attempt to bring sports betting and online gambling under federal control.

Some of the key changes that will impact the future of the American sports betting world include:

Some key points will be affected by the following:

Sports betting was, until May 2018, illegal in every state except Nevada, under the terms of the Professional and Amateur Sports Protection Act which was passed by Congress in 1992 (in Nevada, sports betting activities and were already allowed --  the PASPA Act grandfathered those activities in so Nevada casinos could continue to offer their sportsbooks.)

Now SCOTUS has given the states free reign to make their own decisions via sports betting. Cash-strapped states see sports betting as a potential source of revenue. Congress wants to exert some federal control by adding federal regulations and a framework to the states-run activity.

Presently the point spread and betting action are the two types of sports betting that are garnering the most attention in Congress. Additionally, while all of the major leagues argued, before the SCOTUS ruling, that sports betting would compromise national sports, a number of leagues have not begun to look for ways to get in on the action.

Since PASPA was eliminated, the 1961 Wire Act and the Unlawful Internet Gambling Enforcement Act of 2006 will need to be updated, Congress is ready to step in and exert its authority.

U.S. Rep. Frank Pallone Jr. of New Jersey commented, saying "The laws need a wholesale review to see how they can actually work together and create a fairer playing field for all types of gambling, both online and offline, including sports betting and daily fantasy sports. At the same time, we must ensure the laws are actually creating an environment of integrity and accountability, and include strong consumer protections. I plan to continue discussions with the key stakeholders and then will introduce comprehensive legislation to finally update these outdated laws."

NBA senior vice president and assistant general counsel Dan Spillane weighed in. "We've been supportive of legalized sports betting, and we'll continue to be supportive. If someone in Congress were to ask our view on a bill that's proposed, then I'm sure we'd be happy to participate and weigh in."  The leagues will do more than testify -- they all have financial stakes in daily fantasy sports sites. Many have begun to strike deals with data companies that fuel the international sports betting market.

Early predictions were that sports betting would drive Daily Fantasy Sports out of business but the opposite seems to be true -- DFS companies have teamed up with the world’s leading sportsbooks to create new and exciting levels of sports wagering that combines with the fun of DFS entertainment.

Before the SCOTUS May ‘18 ruling DFS companies FanDuel and DraftKings had started to experience a downturn in profits. They were drained by a fight with regulators over a proposed merger and over their competition with each other. But they are now enjoying renewed energy with new partnerships with the world’s top sportsbooks which gives them new opportunities to expand what they can offer to their clients.

FanDuel has merged with Paddy Powers Betfair to give its patrons access to sports betting technology and DraftKings is now a partner with del Lago Casino’s sportsbook. The DFS companies don’t expect sports betting to interfere with the DFS fans’ gaming but it will allow them to branch out and bring in a different type of player. This is due to the fact that, according to industry insiders, fantasy sports generally requires more analysis while sports betting is more of a casual addition to the viewing experience.

Experts say that eventually, all sports betting will take place online. While online betting was illegal before the May ‘18 SCOTUS ruling, today it’s fueling online betting across the board. "Online is where everything is going," John McManus, executive vice president and general counsel for MGM Resorts International said. "That's where people are going to want to place bets. That's where it makes sense to place bets and to be done safely."

Introducing such an online sports betting infrastruture to the American market would make it the world’s largest sports betting operation, according to research from industry trade publication GamblingCompliance.

Sue Schneider, an industry veteran who has testified before Congress and consults on gaming issues says that "providing a mechanism for a state to legalize [sports betting] doesn't have to be rocket science. The rest of the world has been doing this successfully for decades. We just need to look around to see the best practices. Up until recently, I always felt that sports betting would never be legalized in my lifetime. With rumblings among some of the sports leagues [that] seem to realize that the writing is on the wall, I already see a change in the landscape."

Already some of the casinos that are opening sportsbooks are saying that the sportsbooks will soon be online.  “It makes sense” said New Jersey sports bettor Carl Rogers. “There isn’t a single logical reason to deny me the opportunity to go online and place the same bet that I do when I visit a local casino or race track.”

The NFL has evidently adopted the “if you can’t beat ‘em, join ‘em” approach to sports betting. The league was one of the biggest opponents to New Jersey’s suit before the high court in which the court was asked to rule that states be allowed to legislate sports betting. The NFL, along with other leagues, were vocal in their opposition but now that sports betting is legal, the leagues, including the NFL, are determined to make the most of the situation.

Starting with the 2018 season, the league has adopted policies that allow team owners to  invest in bookmakers, monetize player data and the game, partner with casinos and more.

The NFL now allows team owners and other league personnel to "own equity interest in an entity that generates less than a third of its revenue from gambling-related operations" with investments into gaming-related companies no greater than 5 percent.

In addition the NFL's approach to fantasy football has changed as the league searches for ways to monitize the pastime -- the NFL policy states: "Participating in legally operated fantasy sports games (i.e. contests in which participants assemble imaginary teams comprised of real players from professional sports and compete based on the statistical performance of the real players) generally is not considered to be gambling or a gambling-related activity for purposes of this policy."

That means that fantasy sports companies like FanDuel and  DraftKings can now offer contests on single games. Opponents argue that that makes it easier for a player to compromise a game for fantasy purposes than it would be to impact the final outcome. Many argue that an "artificial distinction" between traditional and fantasy sports betting is the best approach to protecting the integrity of the game.

Regardless of the objections, the practice is accepted and will continue unless Congress steps in with federal laws that limit the scope of such possibilities.