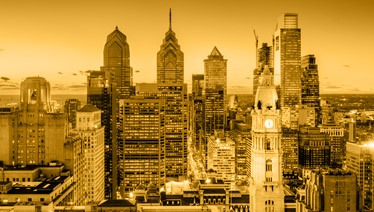 Gambling in Pennsylvania has been legal for less than a decade but state residents have become avid gamers, placing second only to Nevada in generating commercial casino revenues.  Now the Pennsylvania House has legislated online gambling at the Grande Vegas Casino and other online venues just as sports betting is starting to go live in the state.

There’s a lot happening for Pennsylvania gamblers these days.

The first sports-betting casino in Pennsylvania opened at the Hollywood Casino at Penn National Race Course. That’s good news for players but there’s even better news for casino operators – the sports betting operation is attracting a young crowd.

Casinos have, for a number of years, been attracting an aging audience. Sports betting opportunities seems to be breathing new life into the industry which is generating cautious optimism among operators and other casino-affiliated businesses.

Dan Ihm, the general director of Hollywood Casino, said "There is a little bit of a younger skew to the demographic that's coming to that room, which is actually really nice to see." Ihm termed the new players a " completely new customer base."

Some bettors discussed their preference for betting at the legal casino, saying that it offered more betting options than illegal bookmakers present. Observers said that the casino's advantage was likely to increase over the next few months as tax authorities step up their war against illegal bookmakers, both those within the state and those who have been coming into Pennsylvania from neighboring states.

The Hollywood Casino sportsbook is located at the Penn National Race Course in Grantville Pa. near Harrisburg. The converted horse-racing simulcasting lounge is the first sports-betting operation to open for business in Pennsylvania.

Pennsylvania has three more casinos that are preparing to open sports wagering sites in the coming weeks -- the Parx  and the SugarHouse Casinos in Philadelphia and Harrah's Philadelphia Casino & Racetrack.

The first days of sports betting have seen patrons stake out prime seats in front of the televisions. Lines start to form shortly after the doors open at 10 a.m. Most of the bettors are men and many seem to be transferring their previous horse racing enthusiasm to sports wagering.

According to Fred Lipkin, vice president of marketing for Hollywood Casino, the casino has been getting a lot of positive feedback from sports fans. “They don't have to go to Vegas. They don't have to drive to Delaware. I think we're seeing a little bit of a younger crowd than we're used to seeing in the casino. A lot of people never came out to the casino. They just thought it was slot machines and table games but it's an entire entertainment experience. It's dining. It's gaming."

Category 4 licenses are a result of a law, passed by the Pennsylvania legislature in 2017, that grants the state’s 12 existing casinos the right to buy permits to open satellite casinos. To date, 5 of the 10 permitted casinos have been purchased, netting the state $127 million. The two casinos that were discussed at last week’s hearings are set to be established in Western Pennsylvania.

The Gaming Control Board hearings were held in the local communities in which the satellite casinos are planned to be built. Each satellite casino will be permitted to have 750 slot machines, 30-40 tables and a sportsbook.

Everyone is waiting to see how quickly Pennsylvania will be able to get its online casino infrastructure up and running. No one is more anxious than PokerStars which is set to begin offering online poker to Pennsylvania gamers in the near future.

PokerStars is inching its way back into the U.S. online poker market after the company’s license was approved for online gambling Wednesday by the Pennsylvania Gaming Control Board.

The Stars Group has received authorization, along with the Mohegan Sun Pocono Casino, to start offering their online slots and table games products.

PokerStars is partnering with the Mount Airy Casino, a land-based casino located in Eastern Pennsylvania. The deal was announced last August and the actual online casino venue is set to open any day. The Stars Group has plans to incorporate sports betting in their casino site via the BetStars platform.

Now that framework is in place and PokerStars, which has been operating in New Jersey for the past 2 years, is set to start operations in Pennsylvania.

Mohegan Sun has decided to forgo online poker for now. At present, seven of Pennsylvania’s 13 casinos are approved to offer online poker so PokerStars could soon see some competition.