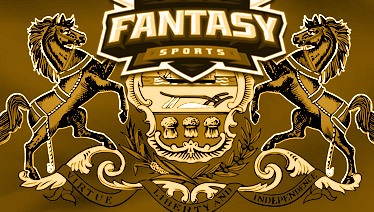 June 2018 marked the first full month of Daily Fantasy Sports (DFS) in Pennsylvania. The Vegas casino industry's two major players, DraftKings and FanDuel, reported revenues of $673,013 and $632,008 (adjusted to account for the income received after the winnings were distributed). That number accounts for 98 percent of Pennsylvania's entire DFS Vegas games market.

Daily fantasy sports is now legal in Pennsylvania. DFS has been in a bit of a gray area for a number of years but Pennsylvania has now authorized six fantasy sports sites, including FanDuel and DraftKings, to operate legally. The bill was authorized as part of a larger statewide gaming expansion.

The biggest change is the tax on DFS is 15%.

Daily fantasy sports involves an entry fee that allows participants to participate in contests with payouts. These games differ from traditional fantasy sports played by friends who compete over the course of a sports season in their own fantasy leagues.

Gaming Control Board spokesman Doug Harbach explained that “As far as the game participation for the player, they’re really not going to see anything different than they have before.” Competitors who play on the six registered sites won't need to reregister and  aren’t likely to see any change in play.

Daily fantasy sports have not been considered by the courts to be gambling by the courts since they are regarded as a game of skill. Players submit an entry fee, not a bet. That view isn't shared by all – in some states it's regarded as illegal gambling, including in Pennsylvania where a bill formally legalized it….and taxed it. Harbach noted that the point of legalizing the games was “candidly, to collect tax revenue.”

In Pennsylvania each operator will be taxed 15 percent on the revenue realized. The money will go into the state’s general fund. Each state has its own rules. For instance, in New Jersey, tax on daily fantasy sports is 10.5 percent tax on operator revenue.

The activity is gaming in popularity. According to the Fantasy Sports Trade Association 59.3 million people in Canada and in the United States played fantasy sports last year.

Pennsylvania is known for levying hefty taxes on wagering. It is one of the first states to announce plans for online gaming and satellite casinos but the taxes on those events will be high.

The six sites that offer daily fantasy sports will operate under the auspices of the Pennsylvania Gaming Control Board. The Board is obligated to ensure that each licensed operator meets state standards  and that the operators offer fair playing environments. Operators must verify player identities, limit beginner contests to beginning players, ensure that players are aware of rules and prizes before playing and establish channels to respond to player complaints.

Participants who play in Pennsylvania must play on one of the six authorized sites. They include DRAFT, Fantasy Football Players Championship, FanDuel, DraftKings, Boom Fantasy, and FastPick. DFS activities that are played at sites not on the list will be illegal. According to Harbach, it's possible that one or two more operators could be added to the list in the future.

“Pennsylvania is the 19th state to pass legislation regulating fantasy sports and we’re very pleased to have a regulatory regime in place that makes our legal status clear and lets consumers feel confident playing fantasy sports in the state,” a FanDuel spokesman said in a company statement.

The DFS operators paid the Pennsylvania Gaming Control Board $50,000 each in licensing fees to be eligible to offer fantasy sports contests in Pennsylvania. The operators reported that, after their first month of operation, combined earnings equalled $1,331,706 in adjusted earnings. That means that, with DFS taxed at 15 percent, the state collected just short of $200,000 in May from the newly regulated DFS activity.

Along with daily fantasy sports, Pennsylvania’s 2017 gambling expansion package included the authorization to place slot machines inside specific airport terminals and truck stops, internet gambling, of up to 10 satellite casinos and a framework that could regulate sports betting.

The sports wagering component was preemptively passed in anticipation of a Supreme Court ruling that would rule against the 1992 Professional and Amateur Sports Protection Act (PASPA) and change the longstanding federal ban against sports betting. PASPA was, as anticipated, repealed and states can now dictate their own regulatory conditions regarding sports betting.

The Pennsylvania Gaming Commission opened up the application process to obtain permission to operate a sportsbook to the state's brick-and-mortar commercial casinos. Net revenues will be taxed at 34 percent and a one-time $10 million license fee will be required to run a sportsbook. To no one's great surprise, given these exorbitant demands, none of the 12 land-based casinos in Pennsylvania has yet submitted an application to operate a sports betting operation.

New Jersey and Delaware are the first two states to join Nevada in offering full-fledged sports gambling in wake of the PASPA decision. Rhode Island, Mississippi and West Virginia are close behind. An additional 15 states have introduced legislation to legalize sportsbooks.

Some observers have said that they believe that legal sportsbooks will reduce the interest in daily fantasy sports. The legality of online DFS has caused lawsuits and debates as operators argue that the UIGEA (Unlawful Internet Gambling Enforcement Act) excludes fantasy sports since the contests are based more upon skill than chance.

Fantasy Sports Trade Association reports that, according to their estimates, approximately half of all DFS players are also sports bettors who wager in more traditional forms (points spread, moneyline). Draftkings and FanDuel have both expressed interest in becoming involved in sports betting. They have a strong base which comes from large pools of their DFS players -- the people who are already accustomed to betting money online. They believe that they can start out with an upper hand in the new sports betting arena.