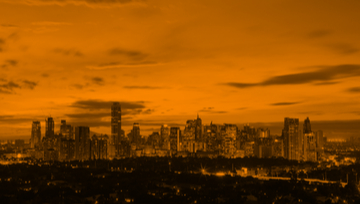 The Philippine casino industry has had some shaky starts and stops over the last few years.  President Rodrigo Duterte held up the granting of a license for Landing International’s license in Entertainment City, Manila and banned the construction of new casinos on Boracay.  He declared war on online gambling and tried to crack down on the iGaming industry soon after became president in 2016 which caused hundreds of eGames parlors to close.

Duterte also entertained a request from the Chinese government to shut down online gaming operations that are based in the Philippines, though ultimately, he denied China’s request. So the online no deposit bonus codes casinos are good for now.  Over the past year however, Duterte has signaled that he’s willing to tolerate the Philippines’ thriving casino industry and operators are cautiously optimistic about the industry’s future in the country.

Last week, the Universal Entertainment Corporation (UEC) released its figures for August 2019 which show the company increasing revenue by 72% over the same period in 2018. The casino took in $75 million, with the Okada Manila leading the way. According to UEC, mass-market volumes led the way though the high numbers of VIP gamblers were also factored in.

UEC officials were pleased by the numbers but they weren’t surprised. Already in March, there was a 67.9% increase over the previous year 9$63.7 million) and that put them on course to achieve a first quarter total of $180 million -- an increase of 91% over the first quarter of last year.

Analysts expect the good news to continue to remain positive.  VIP revenue is growing quickly and is exceeding original projections. The revenue for the first 8 months of 2019 was 30.8% more than the same period in 2018.  Mass table drop grew 14.8% during that same period.

UEC is also reporting increases in their other large Manila property, Tiger Resort.  Tiger Resort took in 12.9% more in overall sales during the first six months of the year than they did last year and the numbers are expected to grow even higher once report for all of 2019 is submitted.

Landing International Development, whose Integrated Resort Manila project was put on hold by President Duterte last August, is still determined to build in the city. The day after the company broke ground in Manila, Duterte put a “moratorium” on the project’s continuation but it is continuing to explore its options in other locales.

Landing’s original lease was with the  Nayong Pilipino Foundation (NPF). The lease would have allowed it to use NPF land for a gambling property. Based on Duterte’s moratorium, NPF broke the lease, which puts Landing in a difficult position. Landing paid NPF for the lease and expects the money to be refunded but Duterte fired the members of the board. Currently, it’s not clear how much of the original Landing payment will be given back.

In addition, Landing’s license, which was granted by the Philippine Amusement and Gaming Corporation (PAGCOR), was provisional and was based on Landing developing on the NPF land. That location is near Okada Manila and the Solaire Resort and Casino. Now PAGCOR is giving Landing 180 days to come up with either a land purchase or lease agreement before the provisional license expires.

Given Duterte’s seemingly mellowing approach to casino gambling in the Philippines, Landing is prepared to meet those terms, but they must first find land to buy or lease.

The problem has become so acute that the Philippine anti-kidnapping police unit has put up a satellite office near the casinos.  Colonel Jonnel Estomo, who heads the unit, said that the office was established because national police headquarters Camp Crame is “too far. Because of the traffic, we were unable to respond fast.”

Estomo has met with the state gambling regulator, the Philippine Amusement and Gaming Corporation, to discuss how the two groups can work together to better handle the situation. “[We need to set up a complete operation] near all the casinos, especially those with many reported kidnappings, so we can quickly react to all [reports],” he said.

The Chinese embassy in Manila has slammed the Philippines for their lack of response to the “dozens of kidnappings and torture cases of Chinese citizens who gamble or work illegally in gambling entities in the Philippines”. The Chinese embassy also blamed Philippine government’s lack of response to Chinese attempts to crack down on cross-border gambling…..online casino gambling. In response, the Philippines gaming regulator agreed to stop accepting applications for new online gaming operations for the present so that it could review concerns about the sector.

The Philippine police have recorded more than 53 cases of casino-related kidnappings. More than 100 Chinese nationals, suspected of kidnapping offences, have been arrested, according to the police force.

The Philippine Amusement and Gaming Corp (PAGCOR), the Philippines’ gambling regulator is planning to set standards and protocols to accredit and regulate casino financers.  In a joint meeting between PAGCOR, representatives of the Philippine National Police, Anti-Kidnapping Group, the Bureau of Immigration and  licensed casino operators in the Entertainment City and Clark, PAGCOR announced that it is seeking to institute a number of new standards. They include facial recognition cameras and information sharing among casino operators on suspected criminals. PAGCOR also wants casinos to augment security personnel.

The plan is being put into place to address the incidences of kidnapping. Most of the kidnapping victims were  Chinese casino players. In a press release,  a PAGCOR representative stated, “PAGCOR believes that while gaming contributes significantly to government revenues, it must not be used as a vehicle for abuse and injustices….. we will ensure that the local gaming industry will maintain the integrity of its operations.”

In addition to the security measures already mentioned, PAGCOR wants to make sure that concerned government authorities, such as the PNP, BI, the casino host cities and the Department of Foreign Affairs coordinate their anti-gang activities.