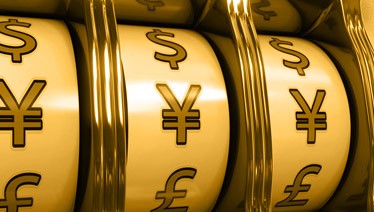 Plans for Japanese casinos are moving forward though stumbling blocks still remain. Galaxy, a Vegas online operator which is hoping to get in on the ground floor of the Japanese casino industry, is launching a program to teach Japanese hosts about running Integrated Resorts while MGM is advancing its own plans to build in Osaka.

Some of the latest news relating to the new casino industry in Japan.

In preparation for their hoped-for new casino resort development, Galaxy Entertainment has opened a new program that's designed to educate students on the management of IRs (Integrated Resorts). Galaxy is partnering with the University of Macau (UMAC) and to give students in Japan the knowledge and skills that they'll need to run an IR in the Far East. The “Japan-Macau Integrated Resort Management Mentorship Pilot Scheme” is designed to teach IR management to Japanese university students through month-long visits to casinos in Macau.

A spokesperson for Galaxy explained the program, saying that “[The] Mentorship Scheme is intended to identify and give the coming generation of IR professionals in Japan a first-hand look at what it takes to develop and operate the world’s most successful IR—Galaxy Macau.”

Through a series of lectures and mentoring sessions participating students will receive an education on the management and operation of IRs. Faculty will include lecturers from UMAC’s International Integrated Resort Management program. Galaxy executives will provide the mentoring.

The program will  include courses on Corporate Social Responsibility, Hotel and Hospitality Management, Food and Beverages and Branding and Marketing. Additionally, mentoring will be provided on Retail, Organizational Development, Training and Human Resources.

Galaxy's resort education program differs from other courses of study that are already in place at schools such as the Japan Casino School and the  Japan Casino Academy. Whereas the latter schools focus on the casino floor operations, Galaxy has geared its program specifically to study of resorts to promote IR management and include non-gaming aspects of resort operations.

Francis Lui, Galaxy’s vice chairman, said, “Together with the [Galaxy] Foundation and the support of University of Macau, we are very pleased to share our philosophy for sustainable and responsible IR development with what we hope will be the future home-grown leaders of IRs in Japan. As a group we are passionate about nurturing the next generation and in giving them the best possible opportunities for their future careers. We recognize that Macau and [Galaxy], have both the vision and an opportunity to share its formula for success with Japan as it embarks on the path of IR implementation.”

According to Professor Jacky Yuk-chow, Banco Nacional Ultramarino (BNU, a Macau-based bank) professor of finance and UMAC dean, UMAC welcomes “the chance to support GEG with this program by making available our faculty members to share UMAC’s deep IR industry knowledge with the students from Japan.”

After last year's government approval of the Integrated Resort Implementation Bill (IRIB), the next question is, which casino operators will gain a foothold in the new industry?  International casino operators are already jostling for a position with MGM cutting right to the chase in their drive to open a Japanese casino resort under the MGM banner.

MGM Chairman and CEO James Murren told Japanese media last week that MGM can make a “full contribution” to Japan only if it is given the franchise to operate in a major urban area. Specifically, Osaka. Some observers believe Murren was hinting  that if MGM can’t have Osaka, they won't pursue a IR in Japan at all.

Murren was in Osaka to participate in the Tenjin Festival. He told a local TV station, “I think Osaka is the perfect place for an IR” was quoted by the Sankei Shinbun news outlet as saying that “Osaka is the top.” Murren believes that Osaka's infrastructure, in particular its close proximity to the Kansai International Airport, the Kobe airport and the emerging local railway network will help a MGM casino get its IR started on the right food.  MGM has said that it is ready to spend around $9 billion to build an IR in the country.

The casino operators are stepping all over each other to get started with their IRs in Japan but there's still no word on when the license bidding process will begin. Developers are preparing for a 5-year interim period before the new Integrated Resorts are up and running.

The Japanese government is banking on the expectation that the casinos will bring in a windfall of cash. Analysts say that it's not unreasonable to expect that gross gaming revenue could reach as much as $40 billion annually. Japanese citizens, however, are markedly less enthusiastic about the new casino law than are members of the Japanese Parliament. The popularity of Japanese Prime Minister Shinzo Abe is falling, due partly to the adoption of the controversial Integrated Resorts Implementation Bill last week.

Abe promoted the bill, based on the expected additional source of revenue that will come from the 30% taxes.

The public is not supportive. Many Japanese citizens are not opposed to the bill per se but are disappointed by the way their government is prioritizing the IR bill instead of the measures that would improve lives after the environmental deluge.

International brokerage Morgan Stanley is warning that the country’s casinos may bring “lower returns than expected” and the Japanese public is listening. Morgan Stanley has said that casinos in Japan may not realize their full potential  because of the high tax rate (30 percent revenue tax, on top of consumption, real estate, and income taxes) and the fact that, according to the bill that authorized casinos in Japan,  gaming space may occupy only 3 percent of a resort’s total gross floor area.

In its report Morgan Stanley said “We expect the first Japan casino to open by 2025 and the market size could peg at a range of US$11 billion and U$20 billion gaming revenue.”