Playing Fantasy Sports May Be Halted in Connecticut 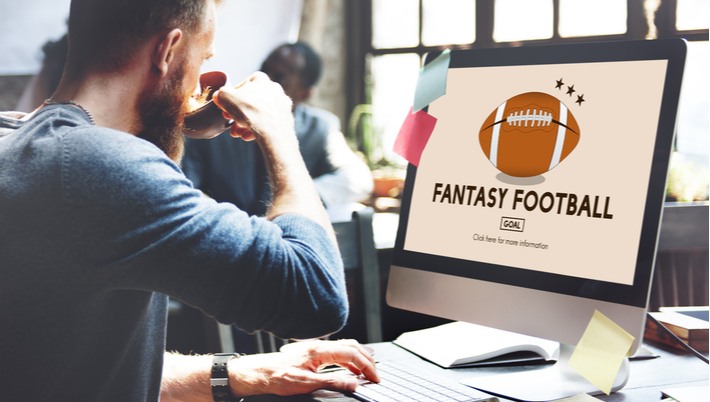 Fantasy sports involves assembling virtual or imaginary teams made up of real athletes who compete in real sporting events. The fantasy teams compete based on the statistical performance of the real athletes who play real games.

Team owners draft, trade and cut players to assemble those teams. During real-life games the performances of the real players are converted into points which are then compiled and totaled. Participants win or lose based on the performance of their fantasy team.

Fantasy sports has been around since WWII, though it didn’t really start to gain popularity until the 1980s. With the dawn of the Age of the Internet, the opportunities for fantasy sports expanded. Participants enjoyed more opportunities to form leagues, trade players, track the stats of the real athletes and place bets on their activities than ever before.

The dot.com crash caused many online fantasy sports companies to crash but with the rise of new operators, interest and participation began to grow.

The legality of fantasy games – specifically, Daily Fantasy Sports which involves wagering on the results of the performances of the fantasy teams --  has been challenged repeatedly. The State of Nevada has argued that DFS aren’t traditional fantasy sports games but rather resemble proposition wagering on an athlete’s performances (prop bets) – Nevada requires that DFS operators hold gambling licenses.

States such as Washington, Montana, Louisiana, Arizona and Iowa have banned Daily Fantasy Sports outright because, they say, any game that involves chance constitutes gambling.  Some states won’t allow DFS operations due to unclear legislation or negative Attorney Generals’ opinions.

Conversely, 21 states have enacted laws that specifically confirm the legality of DFS contests as legal games of skill.

Fantasy Sports operators have been operating in a murky legal never-neverland for years. Some states tried to prosecute them for offering online gambling – which is legal in some states but not all.

In other states, the legality of fantasy sports was challenged based on the question of whether it was indeed gambling on a game of chance or speculating on an activity that involves skill.

There is also a great deal of supposition as to whether DFS comes under federal or state laws. There’s a question as to whether states can regulate DFS that’s conducted across state lines. Currently, DFS companies operate on a state-by-state basics but observers believe that the courts will soon be asked to determine whether fantasy sports fall under federal or state law.

Some states have expressly authorized fantasy sports contests, some allow those laws to fall under their laws that regulate gambling in the state and some consider fantasy sports as part of the state lottery. Much depends on the specific state’s definition of “chance.”

In states where the definition of allowable gambling is determined by whether skill dominates the outcome of the event, DFS must pass the "dominant factor test" to be allowed. In other states, where there is a stricter definition of chance, fantasy football is illegal.

The upcoming NFL season may be missing many Connecticut fantasy sports players if a sports betting deal between the states and gaming tribes is approved by the State Senate. The bill would limit the number of operators allowed to provide services in the state.

Peter Schoenke, owner of RotoWire.com said the bill will prohibit fantasy sports companies from operating in Connecticut after July 1 until the companies are approved for a license. License regulations have not yet been crafted.

Schoenke predicted that, based on what he’s seen in other states, it could take up to two years for companies to get licensed. He wants the bill amended so that companies that are already operating will be able to continue to operate throughout the licensing process. “They didn’t take all the companies down and then have them restart again,” he said.

If the state legislature approves the bill and the Department of Interior approves it, the tribes will be able to expand their casino activities beyond their reservation lands.

FanDuel and DraftKings, the two biggest fantasy sports operators, have already paired up with Connecticut casinos. FanDuel is the official daily fantasy sports partner for Mohegan Sun while DraftKings has an agreement with Foxwoods.