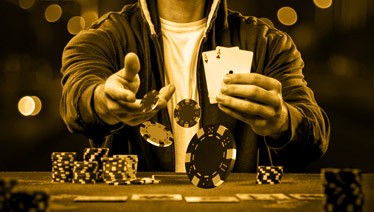 Starting as a little known domino-like card game played in China in the 10th century, poker evolved into the game of Ad Nas of Persia and Poque of 17th century Europe. Today poker is one of the casino’s most popular online Vegas games that features multiple variations. different modes of play and a lot of interactive action.

Card game enthusiasts around the world gather at the poker table at their local land-based casino or sign into their online casino account to play against the dealer. For gamers who are looking for a chance to take part in a more competitive poker match, there are poker tournaments that take place in various locations around the world.

You can play a poker tournament online or you can travel to one of the host locations where your buy-in gets you the chance to play with VIPers and other high rollers.

Some of the top upcoming poker tournaments include:

The World Series of Poker Europe (WSOPE) brings the WSOP to Europe with circuit events in numerous European countries. WSOP has been running in the United States since the ‘70s but since it debuted in Europe in 2007 it has become a highly popular poker venue for VIP players and small-time gamers alike.

Participants come from almost every European country imaginable as well as from far-flung countries such as New Zealand and Australia. WSOP is sponsored by Harrah’s Casinos which holds many of the European events at its London. WSOP Commissioner Jeffrey Pollack has said that the European Circuit of WSOP will have a "style and flair that is both unique and appropriate to the setting” so that the tournament blends in with the atmosphere of the European casino world.

WSOPE became one of numerous European poker tournaments when it debuted in 2007 but the WSOP brand has propelled this tournament to the top of the continent’s poker events. The tournament is generally held in late July and goes through August every year with the big finale taking place during the last week of August.

Buy ins are $4000 and the prize pool is close to $3 million USD. The final table stream is available on the PokerGo live poker subscription service and starts at 4:30PM on the last day of the tournament.

Legends of Poker at the Bicycle Casino

The Bicycle Casino is one of the largest and best poker rooms in the country.  The room is easily accessible from downtown LA, Orange County and Westside.  “The Bike” offers a full range of modern amenities and non-stop poker action including some of the world’s most exciting daily tournaments.

The Bicycle Casino tournament schedule includes a number of large tournaments including the exciting Legends of Poker which has been running at The Bike since 2002 and is televised on WPT.

The Legends is one of poker's premier events. Mega Satellites are offered leading up to the main event so players have a chance to win their $3,700 Day 1 Main Event Seat at a $400 buy-in.

Direct buy-ins of $10,000 entitle poker fans to watch the WPT action live in spectator seating during the final table filming on August 29tth.The broadcast can be seen on Fox Sports Net. WPT Main Event winner wins a piece of the $4,000,000 estimated prize pool plus a custom pair of Monster headphones and a custom WPT Hublot watch. The winner will also receive a seat in the Season WPT World Championship.

PokerStars events take place around the world throughout the year. Players win more than 300 packages to the PokerStars Players NL Hold’em Championship (PSPC) where they can achieve a Platinum Pass worth  $30,000.

Platinum Passes can be achieved by:

Live events where players can win a Platinum Pass include events in London, Sao Paulo, Manila Barcelona, Dublin and other sites around the world.