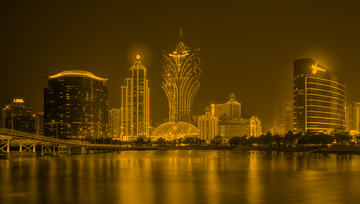 Keeping loan shark activity under control is a major focus of the Macau police who must contend with the triads who try to control money and no deposit bonus codes that are coming into and out of the Macau casinos.

Last month, in one of its biggest anti-gang operations yet, the Macau police, in collaboration with Chinese police officials, arrested 76 people who are accused of running loan shark schemes.

Triads are a branch of Chinese trans-national organized crime syndicates. Most are based in Asia but others operate out of Chinese population centers in Australia, South America, New Zealand, Europe and North America. These criminal organizations are involved in drugs, money-laundering, human trafficking and gambling.

The goal of these triads is to achieve illegal control over local markets. Many have infiltrated the police and other official government agencies and pose a serious threat to the established financial infrastructure around the world.

The Macau police have their hands full keeping the Macau casino scene free of the Chinese criminal gangs. One of their major points of focus involves loan sharks who are the money drivers of the criminal organizations. On October 28th, in an operation that culminated months of investigation and planning, the Macau Judiciary Police arrested 76 people who were involved in loan sharking for the triads. The arrests gave  the government a much-needed victory and psychological boost in the ongoing battle.

The loan shark scheme, which targeted gamblers in Macau, was said to be worth $2.6 million. Police were successful in freezing accounts of suspected junket operators which allowed them to seize $701,490. All of the suspects were carrying mainland China documentation. Chinese police arrested an additional 35 suspects in Beijing, Zhuhai, Nanchang and Guangdong.

Chinese junkets involve groups of players who travel to Macau specifically to gamble. The junket operator arranges the trip. Some operators arrange junkets for casual gamers but there are also junkets that specialize in catering to high rolling Chinese gamblers.

Police officials say that many of the junket operators’ funding channels are rooted in China’s underground lending market.  These channels are a key financial channel for such businesses and are officially permitted but are considered in a legal “grey” zone.

Macau casinos have become reliant on the VIP high-roller sector. The Chinese high rollers account  for more than 70 percent of Macau casinos’ revenue. The junkets guarantee the casinos a certain amount of revenue and the casinos lure those players in with accommodations, free travel, and other perks.

The latest round of arrests come after a six-month investigation. Intelligence-gathering centered in Zhuhai province and focused on a loan shark operation that is believed to have been running for 2 years.

Accusations against the junket operators focus on the practice of loan sharks to kidnap victims who are unable to pay their debts. The investigation follows a similar crackdown earlier this year that saw 25 detainees sent to jail.

Police say that illegal detention and loansharking are on the increase. They are also seeing an increase in crimes involving fraud, especially fraud involving foreign currency.

The arrests were just one more piece of bad news for Macau which has seen its gaming revenue (GGR) plummet for the sixth month in a row. The October income was $3.28 billion – a 3.2 percent decline from last year.

The October numbers were particularly distressing because they came during the month of China’s “Golden Week” when visitor arrival numbers are generally high due to Chinese celebrations and vacations. In October, 985,000 people traveled from China to Macau – a 11.5% increase over last year.

However, this year, fewer VIPs came to visit the territory. That resulted in a $110 million shortfall over the same period last year. Analysts say that the downturn can be blamed on the ongoing trade war between China and the U.S. Chinese gamblers who are tightening their belts and decreasing their visits to Macau.  The trade war is also causing the Chinese economy to slow, weakening the Yuan.

Matt Maddox, CEO of Wynn Resorts, explains “We continue to experience peaks and valleys in Macau. Where the trade wars end up is uncertain. We can’t control the certitudes of the market.”

Many of the casinos have begun to shift their attention to the mass market. They are offering more entertainment and more family activities. But such visitors don’t spend as much as the VIP gamblers, as seen by the “Golden Week’s” strong visitor numbers but disappointingly low casino revenue.

The situation could be helped when Donald Trump and Xi Jinping sign the first phase of their interim trade deal, expected to occur at an Asia-Pacific Economic Cooperation summit in Chile Nov. 16-17. Such an agreement will calm the economies and induce more spending. But that might be a bit late for the 2019 fiscal year.
MGM China President Grant Bowie said that he’s optimistic on 2020. MGM  CEO Jim Murren has just outlined the company’s plan to grow its mass market business in Macau, indicating its belief that it’s worthwhile to invest in Macau.