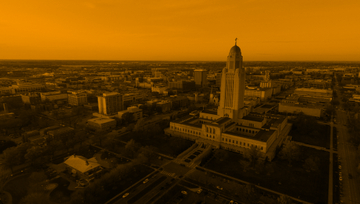 A federal judge has rejected motions by the Iowa City of Council Bluffs and the states of Iowa and Nebraska that asked that the Ponca Tribe’s Prairie Flower Casino be closed while the National Indian Gaming Commission revisits its original ruling that allowed the casino to open.

Seriously, what is all the fuss about?  Just sign up at Grande Vegas casino, get a casino sign up bonus and you're on your way....

Ponca Tribe of Nebraska opened the Prairie Flower Casino in Carter Lake on November 1st 2018. The casino, which has been fought by the states of Iowa and Nebraska as well as the city of Council Bluffs in Iowa, brings gaming closer to Omaha’s doorstep while it provides the Poncas with an important new source of income.

The tribe has faced numerous hurdles to its operation.  The tribe fought a decade-long legal battle with the City of Council Bluffs and the States of Nebraska and Iowa over the casino. The tribe got the go-ahead to open when the National Indian Gaming Commission ruled that the tribe was within its rights to build the casino on its land in Carter Lake, Iowa.

Nebraska fought to prevent casinos within its state’s borders, as well as over the border, in the small Iowa municipality. Carter Lake is located just north of downtown Omaha along the Iowa/Nebraska border. Iowa and Council Bluffs are worried that the Prairie Flower Casino will draw customers from the three state-regulated Bluffs casinos. A Ponca casino, they claim, will siphon off the tax and charity money that Iowa and Council Bluffs currently collect from the existing Bluffs casinos.

The question of how the Carter Lake land is designated is at the heart of the debate.

Historically, Ponca land was located near Niobrara, in northern Nebraska. The federal government withdrew its recognition of the tribe in 1962, but restored it in 1990. That era of legal limbo kept the tribe from opening a casino until now.

In their legal challenge, lawyers representing the State of Iowa, the State of Nebraska and the City of Council Bluffs argued that 1988 federal legislation that governs Indian gambling facilities doesn’t apply to the Poncas rights to Carter Lake property. The 1988 legislation provided for tribes which were recognized following the passage of the Indian gambling law to build casinos on “restored lands.” According to the Poncas, the Carter Lake property met the definition of restored lands whereas, in the eyes of the governments of Nebraska, Iowa and Council Bluffs, the property should not be considered “restored lands.”

In 2002 the tribe’s attorney told Council Bluffs officials that the Poncas were intending to build a medical clinic in Carter Lake. No mention was made of building a casino on the property. The National Indian Gaming Commission ruled that, even though the tribe had not cleared their intention to build a casino, they would be allowed to develop and operate a gambling venue.

In explaining the turn-about, the tribe said the attorney who originally negotiated with the town, and told them about the “medical clinic,” lacked authority to make such an agreement. The Commission accepted their argument, saying “and it is no matter that the Tribe did not contemplate a gaming use for the parcel when it applied to have it taken into trust. Intended use of a parcel and representations are not proper considerations for a restored lands analysis.”

Turning to the Courts

The three governments have turned to the courts multiple times over the years in an attempt to block the Carter Lake casino.  The first time was in 2007 when the Commission gave the Poncas the go-ahead to build their casino.  In 2017, after a lengthy review, the Commission reaffirmed their original decision which prompted a second lawsuit by the same three governments.

Now, the Prairie Flower Casino, which is named after the daughter of the Ponca chief Standing Bear who died during the tribe’s forced march from Nebraska to Oklahoma, is in full operation mode.

The latest decision follows a ruling that was issued by Southern District Court of Iowa judge Stephanie Rose in March.  In that decision, Judge Rose dismissed requests from both sides for a summary judgment in their favor. She directed the commission to reconsider its earlier decision. She indicated that she expected them to factor in the alleged 2002 agreement between Council Bluffs and the Ponca Tribe’s attorney.

Two months later, in May, the Commission upheld its original finding which stated that the lot constitutes restored tribal lands and as such, are eligible for tribal casinos under federal law. At that point the three governments filed a motion requesting that Rose’s order be amended.

Attorneys for Nebraska, Iowa and Council Bluffs requested that the judge declare that her order had vacated the commission's 2017 ruling. That would have almost certainly required the casino to shut down as litigation dragged on. Rose rejected the appeal.

Rose wrote that "the disruptive consequences ... would have been significant." The judge reasoned that closing down the casino would cost employees their jobs and would eliminate a revenue stream for the tribe. She wrote "Plaintiffs admit this would have had a negative economic impact on the Tribe. Other courts have declined to vacate agency decisions when doing so would have adverse economic consequences."

According to Judge Rose, arguments put forward by the States of Nebraska and Iowa and the City of Council Bluffs are flawed. Rose pointed towards the argument that the casino imposes social and economic welfare costs upon the communities that surround it. "It is not clear, however,” she wrote, “how the Tribe's casino is any more detrimental than the three casinos, licensed by the state of Iowa, that are already operating in neighboring Council Bluffs."

The Prairie Flower casino is technically located in Iowa. However, it is surrounded by Omaha which is a result of flooding that occurred in the late 1800s and left the land on the western side of the Missouri River. After the river shifted course, Carter Lake was left on the Nebraska side, next to the  neighboring city of Council Bluffs, Iowa.

Tribal chairman Larry Wright Jr. said "It's time to put the lawsuits behind us and focus on our shared interest of bringing more economic growth to the area." Wright said that he doesn’t believe that the states and Council Bluffs have anything left to litigate.

According to Wright, the casino brings tourists to Carter Lake, creates jobs throughout the Omaha area and is responsible for $775,000 that was given to Carter Lake to support infrastructure, city improvements and the city’s police and fire departments.