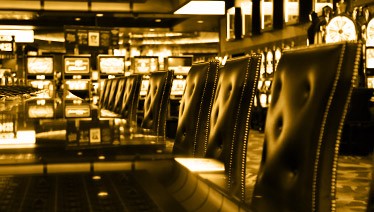 While we continue to enjoy our Grande Vegas online casino from wherever and whenever, there are some interesting goings on in the state of Nebraska.  The Ponca Tribe of Nebraska opened the new Prairie Flower Casino in Carter Lake Iowa this winter. Before the fight with city and state governments is over the tribe’s right to operate that casino, and any other new casino venue might well end up in Federal Court.

The Ponca tribe reclaimed its ancestral land and are now getting ready to battle for the right to run a business that fits their tribe’s needs. The tribe opened its Carter Lake casino to meet its goal of securing enough revenue to support the tribe’s members.

In 1987 the Supreme Court overturned restrictions on the establishment of casinos by Native American tribes who wanted to operate casino establishments on their native lands in states where casino gambling is legal. Since then dozens of tribes have opened bingo halls, run lotteries and opened casinos.

The Ponca Tribe, whose lands span the Nebraska-Iowa border, announced plans to open a casino in Iowa, even though Iowa has not legalized gambling in the state. The National Indian Gaming Commission gave the tribe permission to open the casino 2 years ago, based on the fact that the LAND on which the casino was to open was Ponca tribal land.

Nebraska has joined Iowa in a federal suit to close the casino. The suit names the National Indian Gaming Commission and the U.S. Department of the Interior as defendants for their support of the Ponca tribe's plans.

The Poncas lost their federal recognition and reservation land holdings in 1962 but regained federal status in 1990 when they began to rebuild their tribal governing structure and establish a council. They purchased the Carter Lake land in 1999 and formulated plans to open a casino in Carter Lake, despite legal challenges from the State of Nebraska, the State of Iowa and the nearby City of Council Bluffs.

The National Indian Gaming Commission gave the tribe permission to open a casino but Council Bluffs immediately filed a challenge. The city objected to the Gaming Commission's approval of the project. They based their suit on the objection that the Carter Lake site should not be viewed as Ponca “restored lands’’ -- even though, when the federal government re-recognized the tribe almost 30 years ago, the Carter Lake site was recognized as part of the Ponca ancestral lands.

Council Bluffs’ objection stems from the city’s worry that the Ponca casino will compete with the lucrative gambling facilities that already operate in the Bluffs. Those state-licensed casinos draw patrons from Omaha as well as from the Carter Lake recreation and resort area.

Council Bluffs receives an annual revenue of approximately $3 million in taxes and fees from operations that run in their city. An additional $8 million is also funneled to city non-profits.

The States of Iowa and Nebraska have also now joined Council Bluff's legal complaint. The suit targets the federal Department of Interior and the Indian Gaming Commission, the two departments that OK’d the project. The states are determined to see the casino close. "It's the same fight, all these years after it began," said weary Ponca Tribal Chairman Larry Wright.

The Prairie Flower casino has officially opened. It features 200 slot -style machines and is dwarfed by the larger casinos that are located nearby in Western Iowa. The tribe looked for land for the casino project because the tribe has no reservation lands of its own.

The Ponca Tribe was forced from their land by the U.S. government in the 1870s and the government terminated the tribe in the 1960s, taking its remaining land as part of a policy of assimilating Native Americans into mainstream American society by abolishing the reservations.

Today, most of the tribe’s 4,500 members are spread over areas of Iowa, Nebraska, Oklahoma, and South Dakota but a core group has returned to the Council Bluffs region in an effort to open and operate a tribal casino.

The 5 acre Carter Lake lot was purchased 20 years ago. At that time it sat on the eastern side of the Missouri River. Over time, flooding and shifting placed it in the center of Omaha, a city whose constitution expressly forbids casinos. Nebraska’s lawsuit states that, "The practical result is that Carter Lake is accessible only by traveling through Nebraska, and more specifically, through Omaha, which is Nebraska's most populous and densely populated metropolitan area."

The Prairie Flower is now located smack in the heart of Omaha, a mile from the Omaha airport and just blocks from downtown Omaha. That locale forms the core of the State of Nebraska’s lawsuit which says that the tribe misrepresented its intentions when it applied for a license to build a “health center” on the lot. The lawsuit names the National Indian Gaming Commission in the suit which, the state claims, is at fault for allowing the project to move forward.

Iowa’s objection focuses on the casino’s close proximity to Council Bluffs where 3 casinos bring in massive amounts of revenue. Council Bluffs Mayor Matt Walsch says, "Our early estimates are that the state of Iowa could lose $30 million in state gaming tax revenue, and we could lose another million in taxes and fees a year locally. Council Bluffs casinos could, eventually, stand to lose 350 jobs."

A number of anti-gambling groups are joining in the discussion. They don’t want to see a new casino open because they want to keep the temptation to people with gambling addictions as low as possible  Pat Loontjer, director of anti-gambling nonprofit Gambling With The Good Life, is joining the fight to close the Poncas’ casino. "The cost to the state will be in the millions when you consider the bankruptcies, embezzlements, increased crime and families torn apart by gambling addiction," she said.

Tribe chairman Larry Wright notes that the casino, which employs about 100 people, pays $750,000 annually to Carter Lake to offset any infrastructure or safety costs to the city. "We feel confident in our position," he said. "Regardless to people's opposition to gaming as a whole, it's doing exactly what it was intended to do: Improve support for our services and our people."