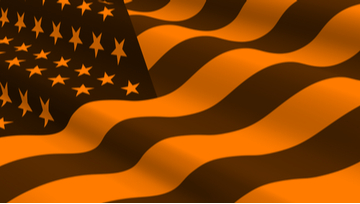 The U.S. Presidential Election provides fascinating opportunities for European bettors to learn more about American politics and participate, vicariously, in the event.  Licensed and regulated Vegas casino bookmakers in the United States may not (yet) take bets on the election but overseas, bettors are lining up to place their wagers on what promises to be a lively election.

In November 2020 the United States presidential election will be held to determine which candidate will hold one of the most powerful jobs in the world for the following 4 years. As the 2016 election taught, there are plenty of twists, turns and surprises waiting. It’s not easy to predict the outcome of the election but one thing that’s certain – savvy bettors and bookmakers can make a pretty penny from U.S. presidential election betting.

There are many stages to the election, each of which has its own betting strategies and opportunities. There’s profit potential in the year-long candidate selection process including the caucuses and primaries (which, at this point, have already taken place) the conventions, the question of who will be chosen as the candidate’s running mate and more. All of these stages receive ample media attention which gives political betting fans plenty of action as they track the odds, follow the up-to-date changes and take advantage of the bookmaking sites.

Currently, both parties have sure candidates – Trump for the Republican party (he was unopposed in the primaries) and Biden for the Democrats (his last serious opponents, Bernie Sanders and Elizabeth Warren, both dropped out months ago).  But there can still be surprises.

Here are some tips for betting on the upcoming election.

If you’re going to bet on the upcoming presidential election, you need to understand how political odds and moneylines work.

Before you bet on the 2020 elections, it’s worth your time to review what happened during the 2016 election. If you remember, no one believed that Trump would even get to the convention, much less become the Republican candidate and certainly, that he would win. But he did.

A Donald Trump win was an extremely low implied probability in 2016 and worldwide, the majority of bettors felt safe in wagering on Hillary Clinton. Trump announced his candidacy in June 2015 and by August he was just +2500 to win the election. After the first presidential debate the number dropped to +150. Bookmakers believed that Trump was alienating and polarizing his audience but, in fact, his brash style had the opposite effect and the bookmakers were in for a shock.

We all know what happened. So if anyone asks you for an example of why the U.S. presidential election is so unpredictable and popular, there’s your answer.

You can always make a straight bet on who the new president will be after November 2020 (technically, January 2021, when the inauguration takes place and the winner takes office) but there are other betting options as well to make the experience more engaging and exciting.

For one thing, you can place a bet on the presidential debates. Experts suggest that you hedge your debate bet by focusing on the candidate who has an obvious policy stance that is most likely to resonate with the wider population. Then, your strategy should involve finding betting lines that relate to those policies.

Another strategy would involve watching the shift in betting trends after you place an early wager. You can then take the other side if the line moves too far so you guarantee yourself a profit regardless of the outcome (“playing the middle”). Some bookmakers track betting trends even if they don’t actually offer betting lines on the debates.

There are always the prop bets for some extra entertainment, especially wagers that  try to predict Trump’s latest Twitterstorm or scandal.

In America, the winner of the presidential election isn’t the candidate who got the more votes. Every state is assigned a certain number of votes for the electoral college and whichever candidate wins that state gets all of those votes (other than Maine and Nebraska where the electoral votes are divided by congressional districts and statewide voters).

The electoral college has 538 electors. Whichever candidate receives 270 votes wins the election – even if that candidate received fewer overall votes. Therefore, each candidate tries to win the election state by state. Some states are certain to go Democrat or Republican but others are “toss up” states, meaning that it’s not clear whether the majority of state voters will vote Democrat or Republican and, thus, it’s not clear how the electors will vote.

Betting on states’ electoral votes is another way to wager on the election and, in many ways, is more interesting and exciting than voting straight on one candidate or another.

Shrewd bettors can maximize the odds of any situation through arbitrage. Arbitrage refers to simultaneously buying and selling commodities, currency or securities in derivative forms or in different markets which allows you to take advantage of different prices for the same asset. In this case, it refers to betting against a candidate while the odds are short and backing a candidate when the odds are long. It's a risky strategy but if successful, the bettor can enjoy a big profit. For instance, backing a solid candidate during a difficult period when odds are long may allow you to cash out when the storm has passed.

For example, if a bettor stuck with Trump when he was caught, on tape, before the 2016 election, saying disparaging things about the body of a woman that he was pursuing, he would have cleaned up when everyone forgot about it a few weeks later (especially after Trump won the election).

Betting on the American election is one of the Europe’s most popular gambling attractions. The options are endless and the fascination of watching to see whether any of it is predictable makes it a favorite among bookies and bettors alike.